12 or 20 (second series) questions with Will Johnson 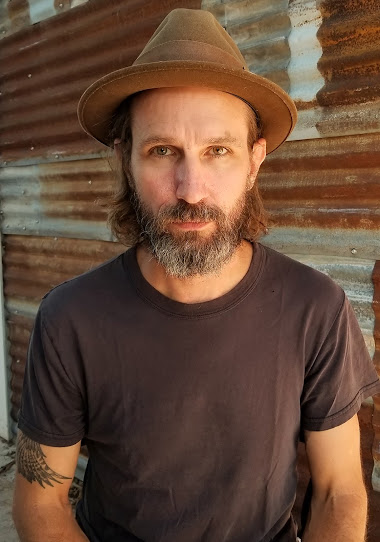 Will Johnson is a musician and songwriter who has played in the bands Centro-matic, South San Gabriel, Marie/Lepanto, Overseas, New Multitudes, and Monsters of Folk. He also releases records under his own name, and makes paintings centering on the subject of baseball and its history. His work has appeared in American Short Fiction. He was born in Kennett, Missouri, and currently lives in Austin, Texas. If or When I Call is his first novel.

1 - How did your first book change your life?
It introduced me to new brands of pacing, patience, and consideration.  Writing the book taught me that it's alright to take breaks and back away every once in a while - just to better assess what's on hand, consider what it's worth, and what it still might need.

2 - How did you come to fiction first, as opposed to, say, poetry or non-fiction?
I willed myself to start out with fiction.  It started with a short story called "Renewal", which eventually became this book.  That story took hold quickly, but I came to find that I wanted to spend more time with its characters, so it became a full novel.

3 - How long does it take to start any particular writing project? Does your writing initially come quickly, or is it a slow process? Do first drafts appear looking close to their final shape, or does your work come out of copious notes?
It's slow.  I have to work to make time for it.  I back up a lot within the first draft instead of just charging forward, vowing to fix things later, so the first draft of this got worked over to extremes over a long period of time.  I got it in a way to where the later drafts came pretty easy.  I make records in a similar way, in that the rough mixes don't ever sound too far from the finals.  I want to get things as close as possible without having to do a heap of circling back, cleaning up or correcting later.  With this book I took time away between each draft just to get a break, then I'd go back and tweak small things here and there in another full swoop.  But the bulk of it was well in place once the first draft was done.

4 - Where does a song or work of fiction usually begin for you? Are you an author of short pieces that end up combining into a larger project, or are you working on a "book" from the very beginning?
With music, the germination points differ from song to song, and fragments often hang around for a while until I can find the time to really see them through.  Sometimes it's a simple line or narrative, and other times it's a chord progression or melody that feels worth pursuing.  With writing, I'm finding it's about the same, and as I mentioned earlier that short story became this book, so it went from something small into a larger project.

6 - Do you have any theoretical concerns behind your writing? What kinds of questions are you trying to answer with your work? What do you even think the current questions are?
Not particularly.  I'm just trying to keep myself interested when I read it all back.  I'm trying to keep myself engaged and turned on by the ride, the characters, and by continually putting myself in the reader's position.  If my characters can occasionally provide a conduit for commentary on larger social, economic, or political themes here and there, that's fine, but that kind of thing usually crops up once I'm in the weeds of the work, and not necessarily at the outset.

7 – What do you see the current role of the writer being in larger culture? Does s/he even have one? What do you think the role of the writer should be?
I think it depends on the motives and goals of the individual writer.  Some writers are out to make as much money as possible.  Some strive to write high literature, and others may want to just be as weird as possible on a smaller level, or simply dazzle their friends and peers.  I think it's up to each individual writer to define that role, and to establish and fine tune that voice to whatever degree they wish.  My guess is that Sharon Olds probably wakes up with a different emphasis on her role as a writer in this universe than Roy Blount, Jr. does.  To me, they're both right.  And with that, I think a writer's role is allowed to change from work to work.

8 - Do you find the process of working with an outside editor difficult or essential (or both)?
So far, completely essential.

9 - What is the best piece of advice you've heard (not necessarily given to you directly)?
Don't be afraid to put your characters in terrible situations.  Have confidence in them and have love for them, but don't be afraid to test them to the point of wild discomfort.

10 - How easy has it been for you to move between genres (songwriting to the novel)? What do you see as the appeal?
It takes some effort, but in the end hopefully both endeavors result in the transmission of a compelling story, or at least a few compelling moments.  Shifting gears between the two is appealing to me in that the transition usually gives me something new to get nervous about.  That feeling generally means I'm learning.  That's positive, as far as I'm concerned.

11 - What kind of writing routine do you tend to keep, or do you even have one? How does a typical day (for you) begin?
I don't have one right now.  My wife and I are just trying to guide our three kids as best we can through this pandemic, and at this point there are no typical days.  With their distance learning/schooling and respective schedules, we're at the mercy of that first.  Painting is my main source of income beyond that, so that comes next.  For now any writing has to happen in the shadows and creases of the daily clock, if it even happens at all.

12 - When your writing gets stalled, where do you turn or return for (for lack of a better word) inspiration?
I go for a long run.

13 - What fragrance reminds you of home?
Fake bacon being microwaved.

14 - David W. McFadden once said that books come from books, but are there any other forms that influence your work, whether nature, music, science or visual art?
Yes - traveling, overhearing comments or conversations in bars, truck stops, restaurants and at shows; the continuous folly and endless possibility of human interaction and movement.  That kind of energy informs my writing as much if not more than books, music, and visual art.

15 - What other writers or writings are important for your work, or simply your life outside of your work?
I come back to Breece D'j Pancake a lot.  Same with Eudora Welty, Wendell Berry, and Larry Brown.  But in the end I think most all writing one encounters, appealing and not, will inform a writer on what directions they may want to take, and what directions they don't.

16 - What would you like to do that you haven't yet done?
Run a 100-mile ultra, become fluent in Spanish, and drive around South America for a month or two with my wife.

17 - If you could pick any other occupation to attempt, what would it be? Or, alternately, what do you think you would have ended up doing had you not been a writer?
Teaching.  I was on a fairly straight track to that before becoming distracted by a life in music years ago.

18 - What made you write, as opposed to doing something else?
With this book, a simple allowance of time and space, and a situation I thought was worth expounding upon.  It also helps when our house is literally and figuratively in order, but those things are usually all I need to get started on a song or a story.

20 - What are you currently working on?
I'm making painting commissions daily, and trying to help keep our household happy and in motion.