Robert Duncan once said there is no such thing as fiction. And that makes more sense than almost anything. And when at one point I started looking back through my stories, I thought, I have almost never written a fictional line in my life. Your mind gets on something and you just meander along with it. I don’t think that’s fiction. It’s all autobiography.
Bobbie Louise Hawkins, interviewed by Barbara Henning, One Small Saga (2020) 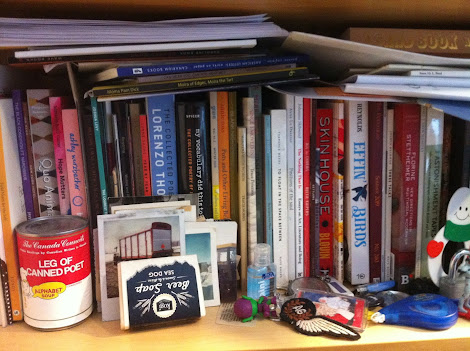 Okay, so that’s a stupid title for a post, but I’m going to leave it that way. I’m reading Bobbie Louise Hawkins’ (1930-2018) newly reissued One Small Saga (2020), by Brooklyn’s Ugly Duckling Presse, with an introduction by Laird Hunt and Eleni Sikelianos, along with a portion of an interview conducted with the author by Barbara Henning back in 2011. I’m struck by the idea she referenced in her interview, that fiction is not but reworked autobiography, and I think I both agree and disagree with that entirely. Is that even possible?

Fiction is written out through experience, certainly, but that doesn’t necessarily mean the same thing. I think of Hawkins’ work, or even Robert Creeley’s fiction, both of which emerged from direct experience, writing fictionalized accounts of their lives, or even Michael Winter’s first few published books. Is it fiction when it comes from life? Well, yes. Even a memoir is but a version of events, one that perhaps not everyone surrounding those events might agree on, and to tell a story is to provide a narrative structure of beginning and ending. To tell a story in a pub is to make narrative choices of where one begins, and where one ends, whether or not the facts of the story might remain intact.

In my own fiction, whether short stories or the novels, there are little threads, little elements I’ve gathered from my own experience. Much like the main character in white (2007), I have stood as a child in front of a mirror, and speculated on my biological origins: which elements came from either of them, and which may have been mine alone. As my main character, Alberta, did in Missing Persons (2009), I have sat on the back of a snowmobile that ran through fields and over fences, nervous about being caught up in the fencing. And yet, neither of these are autobiography. I know those speculations and I know those fields, thus can offer them to characters to add to their own experiences, although I have never lived in the prairie described in Alberta’s immediate surroundings, which I considered to be a fictionalization of an unnamed Lumsden, Saskatchewan (a geography I visited but one, but attempted a great deal of research during the novel’s composition). When I am constructing fiction, it feels akin to weaving, with multiple threads woven in to allow for what might emerge through the combination of elements. And after a while, the character, or characters, or story, begins to move in its own direction, the foundational elements providing their own suggestions of where to go next.

In my current project, I imagine the rural house belonging to one character to be that of the house immediately next door to where my father lived; the house where he died, actually. I spent a weekend there, caregiving, during my final weekend with him. I got to know the house rather well, and can see it, there, as I write. I write the widow, Patience, sitting quietly on her covered porch each morning, sipping her tea. She faces east, as the neighbours do.

And here, another untethered fragment of this novel-in-progress, one that utilizes some of the local knowledge gathered from being raised on that farm in Eastern Ontario. Years ago, poet John B. Lee mentioned a story of his bachelor uncle, who would take a load of garbage to the dump, and always return to John’s parent’s farm with more than he left with. A moldy set of Encyclopedia Brittanica he retrieved relegated to the barn. I’m sure John’s uncle wasn’t the first, nor would he be the last, to gather refuse with more enthusiasm than reason. This short scene also references my unfinished novel, "Signal Fires," composed as eventual precursor to Missing Persons (a manuscript where we meet numerous characters, including a twenty-something girl named Alberta, but who needed further development, thus Missing Persons emerged), that explored a stretch of deliberately-set barn fires that same summer, nearly twenty years ago by now. The randomness of it, and the violence of it, combined with the sheer amount of instances that year, made the whole of it rather frightening. In the end, it was a volunteer firefighter who was setting them, attempting to make himself the hero, once he set out to fight the fires. How many barns, how much livestock, may have been lost to this man's ego?

After lunch, Peter unspools a reel of electrical fencing. He stands at the boundary of backyard and field, beyond the garage, to repair a fresh break. Beyond their lone Douglas Fir. After days spent cutting and baling, the rain fell, before they could return to the fields to retrieve them. And to place wet bales in the haymow would mean a pressure of heat and the potential of fire. That’s the last thing he needs. He recalls the summer when he was seven or eight, a sequence of local barns in their area that burst into flame. Most had been arson, of course, but there were still some that investigators couldn’t determine. Or, what his father had said at the time.

He unspools, walks the length of the property there to the back, stitching new electrical fencing around where bales of straw sit in sextets, in pyramids. The girls chase along, climbing each stack in turn, laughing and scratching bare legs. The dog rushes at birds, runs on ahead. Next year, Peter will relocate the cows from the other side of the barn over here, so the fence needs to be settled. Once he turns back the switch, the sound of rhythmic tic from the back of the garage.

Standing out in the field, Peter is somehow reminded of a story he’d heard as a boy, of a great-uncle who had buried a car in the bush. He’d grown tired of owning it, and for reasons unknown, decided that hauling or driving it deep into the sixty acres of bush across from the farmhouse was the best way to dispose of it. He buried a car in the bush. When Peter was young, he and his brothers tried to figure out where it lay, where the car would have landed, roaming overgrown paths and occasionally finding themselves lost in the brush. Their father never believed it was actually true, but a story his uncle told the children to trick them into looking, the way uncles tease children. Uncle Rick, who returned from the dump every time with more than he’d left with. A perfectly good set of thirty year old encyclopedias. A concordance of lamps. Everything set into a corner of the barn, as Peter’s grandmother wouldn’t let any of it into the house.

He most likely took it to town and sold it, their father would say. Who would be stupid enough to bury a car? But the thought is still there. Peter can’t shake it. Does it have to make sense for it to have happened?

The fence finished, he turns to the house, calling the girls from the creek. Their legs are covered in mud.