My father still in ICU during the long weekend (he was moved to a regular ward a few days after), so this the first he's missed one of our long weekends home [see our entry for last year, for example]. 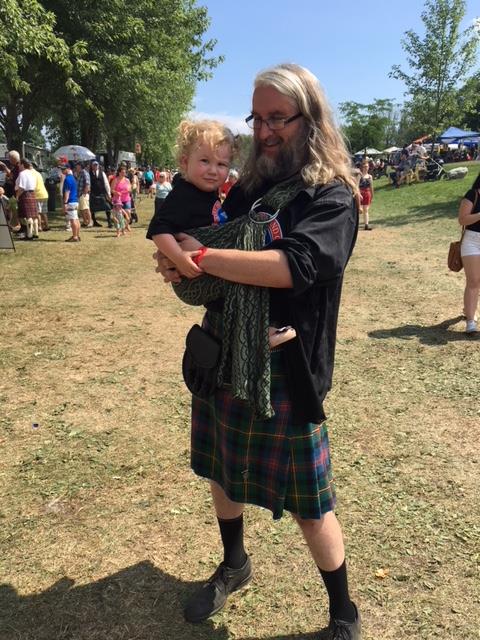 Saturday, August 4, 2018: We packed ourselves up in time to arrive mid-morning at the Maxville Fairgrounds for this year's Glengarry Highland Games. Muggy, and the flash-rain didn't help any.

My niece, Emma, danced as part of the morning's activities, and later, we all marched in the Clan Parade, as we now do. The MacLennans like when we participate in that: basically if my sister and I show up at all, we triple their numbers. 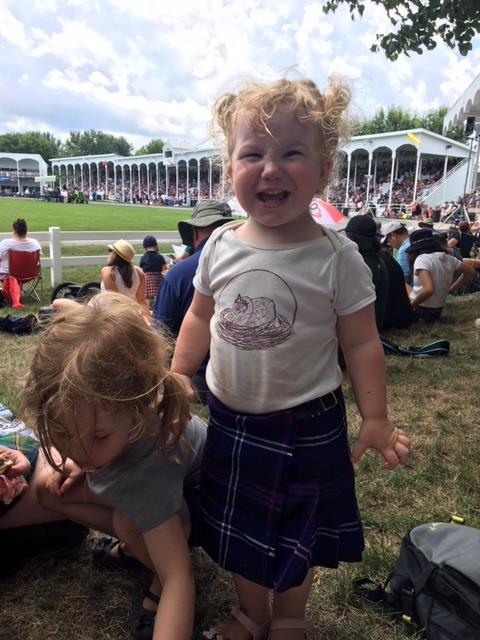 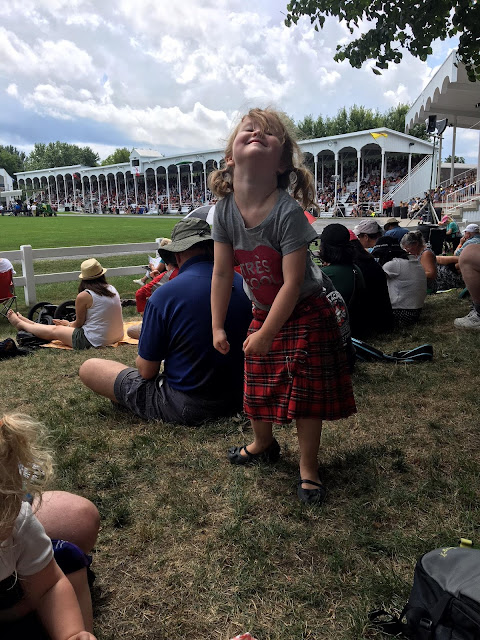 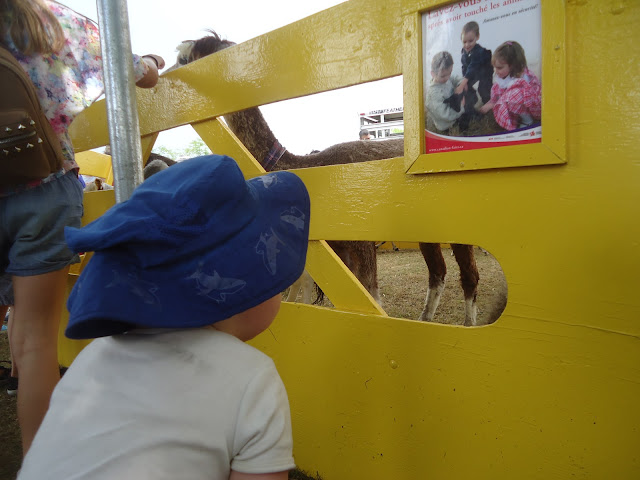 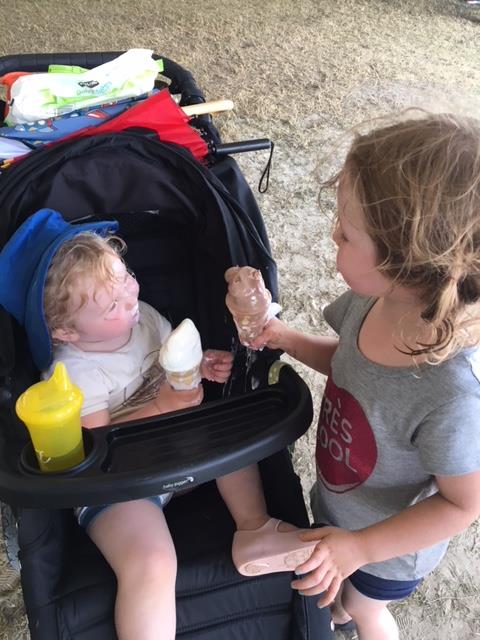 We went to the children's area, where they bounced on inflatables (including bouncy castle), and saw the animals. They made a mess of ice cream (Rose finished hers; Aoife never does, gets bored of it after a while). 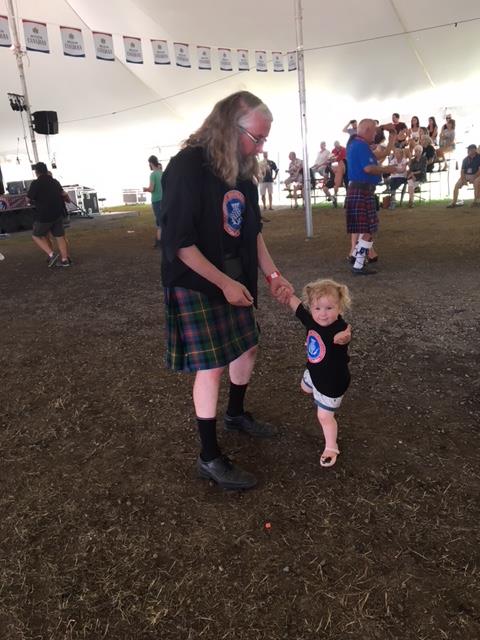 Still, the heat. We arrived around 10:30am or so, managing the beer tent by around 1pm, where the children danced and danced (Aoife kept turning to give me a thumbs up), but all three were overheated and cranky within the hour. We left around 2:30pm, heading directly home, to retire to our cool basement and quiet.

We do usually try to stay at the farm, but harder with wee ones. Perhaps next year? Hopefully. 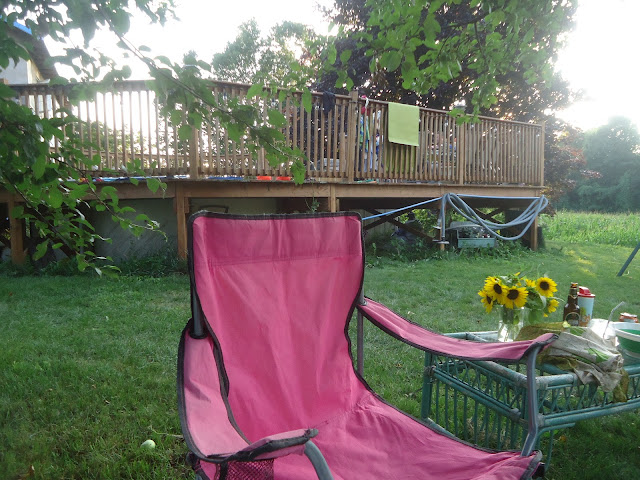 Sunday, August 5, 2018: We drove back out, just after lunch, to my sister's for her annual bbq, where Rose spent most of the rest of the day in the pool, in-between random bouts of running, trampoline and our attempts to get her to actually eat something. I like that she's big enough to pool on her own (with lifejacket and supervision), and her cousins (as well as Aunt Kathy) took turns being attentive to her pool-ing, as well as some of Aoife's pooling (she is less enthusiastic about pooling). 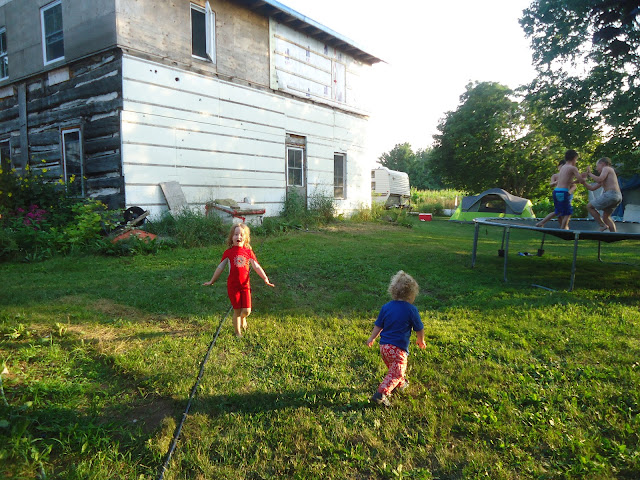 My sister and her husband have been working the past few months to building an extension to their wee 1850s-era house, extending the second floor upwards to more of a proper living space, and they are getting quite close to completion (five people and three animals in that wee house are quite cramped, I would think). 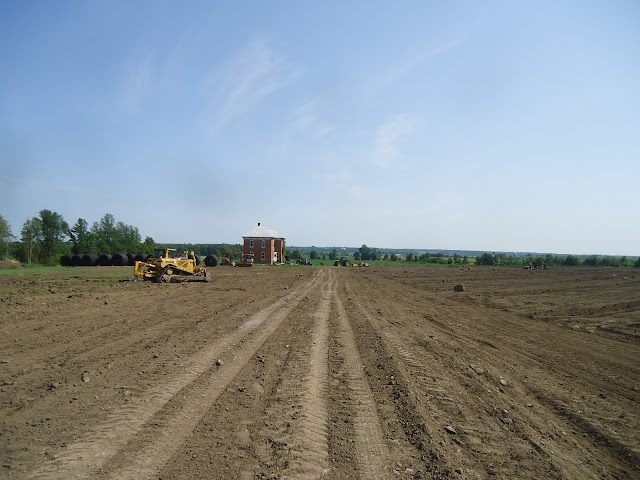 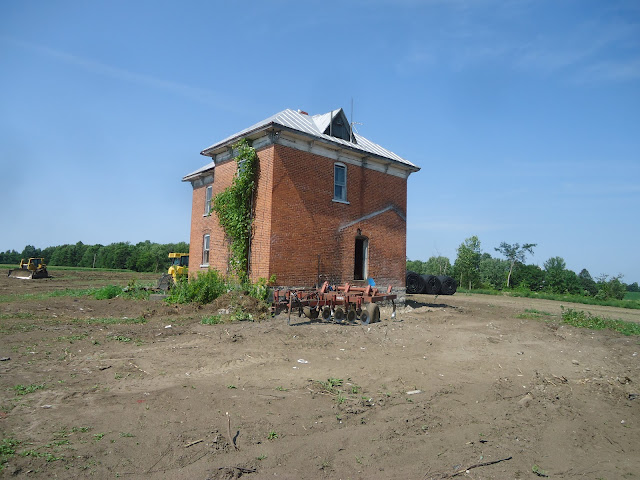 Earlier, upon first arriving at my sister's, I convinced her to walk across the road with me, to the property beside our own homestead, which had recently been sold. The neighbour, who had let most of the land return to forest from field, and the buildings collapse these past thirty years, had died, and his widow sold the property to a neighbouring farmer, who immediately started clearing. Gone is the driveway, the yard, the remains of collapsed barn, the shed. All that remains is the house, and god knows how long that will remain, given its current state: it will either be bulldozed, or simply come down soon on its own, we wager. I find it all quite sad: the house our great-grandfather built; the house where our grandfather and his siblings were born. Five fields and yard down to a single, expansive field, being prepared for tile. 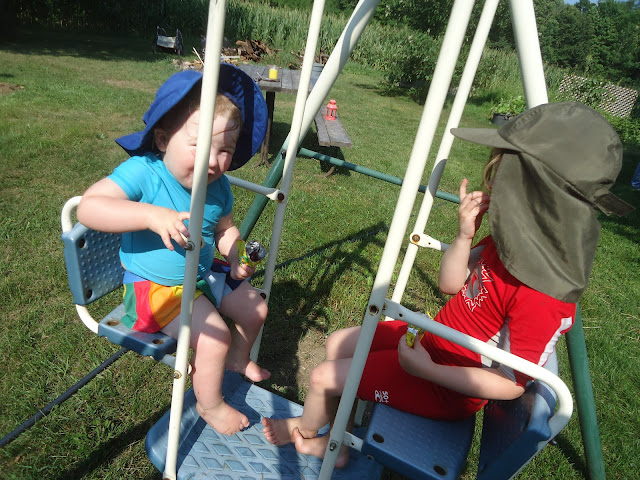 Children ran around and around. We didn't stay for the fire this year, worn out from the past few weeks of what-nots, and Corey wasn't doing fireworks this year. We were home by 9pm, both children crashed in the car, happily worn out.