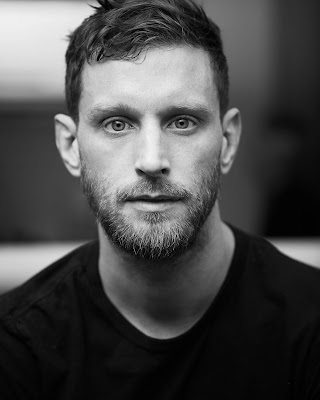 Erik Rasmussen is the Editor-In-Chief of At Large magazine, and the former Deputy Editor at MAN of the WORLD. His articles, essays, interviews and photographs have appeared in numerous magazines and websites. He’s written for Lexus, J.Crew, Hermes, Glenfiddich, Santoni, Zegna, and other brands. His only literary award was a grant to Long Island’s prestigious Lutheran High School for an essay about his father, My Unsung Hero—a true story with a false premise and how he learned fiction’s meaning and value. A Diet Of Worms is his first novel.

Writers have to set goals. I promised myself that if I hadn’t finished a novel by the time I was 33-years-old I’d quit writing. That wasn’t a random age, Christ was 33 when he was purportedly crucified. My burden seemed more bearable. There are 33 chapters in the book. And the title, A Diet Of Worms, while meant to evoke an existential nausea, is also an obvious reference to the Protestant Reformation. I started the book when I was 31 and finished it in under a year. I may be an atheist, by Jesus confirmed me as a writer.

I started writing short stories with my grandmother—a poet—when I was a kid. I hadn’t done anything yet, so I had to make it up. Fiction comes naturally to children.

The ideas come quickly, and usually in paragraphs. I don’t know what they mean, or how they fit together, but I know how they feel. I know what they mean to say. I begin writing those paragraphs. Then I look for how and where and why they connect. Then the full story emerges. The first draft looks nothing like the final. If the final draft is a David Rockwell building (propped up on stilts), the first draft is the beer cans littering the vacant lot it was built on.

My first intention is a short story. But the story won’t end. It goes on and on. That’s why it took me so long to begin publishing. I never finished anything. A Diet of Worms is essentially 33 short stories. The book I’m writing now is publishing one chapter at a time, short story by short story.

Nope. A Diet’s narrator, Larry Morvan, is 17-years-old. I’m forty. I sound ridiculous reading him. I’d like to hire an actor. He’d have to be over 18 though. The material is pretty dicey at points.

When I was younger I developed a “theory” called bombardment, and it pretty much stated that the story wasn’t the story. The story was the experience of reading. The theory demanded that the reader’s senses be as stimulated as they are in real life, that they be bombarded (see?) with as much quick description as possible in order to simulate the environment in which the (less essential) story is set. Of course, people tune out 99% of their perceivable environment—the traffic’s reving cylinders and passing fenced-in yards with bikes and buckets strewn and the way their shirt rubs their shoulders as they walk and the sweet toothpaste residue in their molars and the post-rain petrichor and sapling buds opening fresh on a breeze and the scents all mixed with their face lotion’s fragrance … You couldn’t live that way, hyper aware. You’d go insane, existing like a wild rabbit, as prey. Could you imagine the anxiety? So much for theories.

The writer’s job is to inform and entertain. You can unfold each category into never ending subsets, but there you have it.

10 - How easy has it been for you to move between genres (fiction to articles to essays to interviews to photography)? What do you see as the appeal?

Nothing is easy. But switching genres is as good as a break. I’d rather turn to writing an article from fiction than just not write for a while. Taking pictures? Even better. In the end you’re solving the same problems: what do I add, what do I eliminate? What tells the story most clearly without boring? It’s the information’s source that’s different. David Foster Wallace, describing the difference between fiction and non-fiction, said this: “Both [genres] feel like they’re executed on tightropes, over abysses—it’s the abysses that are different. Fiction’s abyss is silence, nada. Whereas nonfiction’s abyss is Total Noise, the seething static of every particular thing and experience, and one’s total freedom of infinite choice about what to choose to attend to and represent and connect, and how, and why, etc.”

Walk the dog, coffee, news. From there it’s less routine. I need to be left alone. Unbothered. I go and find a place. Then I’ll set a goal. Sometimes that goal is to reach a plot point in a story. Most recently that meant getting a character to arm wrestle a drug dealer for a dime bag. More often the goal is to net 750 words. That means writing 2K or more and tweaking and whittling down and daydreaming then wishing I’d never tried writing then hitting save finally and, if I’d been lucky, feeling damn good.

Photography has helped. The editing process is similar. So is the problem solving. When a photo isn’t working it’s usually better to remove something. Subtraction rather than addition is the solution photo wise. Same for a written scene.

Mark Twain, L.F. Céline, Hemmingway, Vonnegut, Bukowski, Orwell, Miller, Roth. Hmm. Alice Miller’s Thou Shalt Not Be Aware was big for me, and so was The Drama of the Gifted Child. Same for A Brief History of Time, The God Delusion, War Is A Racket, St. Paul’s letters, a particular thread on a certain website about opioid and heroin addiction and their treatment, the third chapter to Johnny Got His Gun, the American Constitution, Schopenhauer’s essays and aphorisms especially as they concern pessimism, and the newer pieces that’ll occur to me after I’ve answered here.

Work with my hands.

My girlfriend kept insisting I read a self-help book called Big Magic by Elizabeth Gilbert. I’d never read a self-help book and had always looked down on them. Then we rented a cabin in Woodstock for the weekend. It rained and poured. There were loads of books on the shelves and one of them happened to be Big Magic. To appease her, I read the first chapter. Then the second. Then I couldn’t put it down. I’m not sure why I’m embarrassed to admit that I read the whole book in one fantastic gulp. I had a similar experience reading Dan Brown’s Davinci Code. In Paris for fuck’s sake. Maybe neither will join the ranks of great books, but I had a great time reading them. I saw Hereditary at an iPic theatre last week. Recommended.

I’m working on my second novel, Further From Home (working title). It tells stories about addiction from opposite sides of the disease; the congenital and the acquired. You can read some chapters on Statorec.com right now, each a short story. I’m also producing At Large magazine No. 11, on newsstands in September.

Posted by rob mclennan at 8:31 AM
Labels: 12 or 20 questions, Erik Rasmussen, Mastadon publishing