Landscape with Sex and Violence: Poems by Lynn Melnick


LANDSCAPE WITH SMUT AND PAVEMENT

At night I hallucinate the grunting discord

which leapt from a human body as he destroyed mine.
That very month, I obliterated a beetle on a shiny walkway.

That month was November.

I think they are all out to get me,
all the insects in their armor.

Some folks like to use the word slut, even with children.

I am holding all my blood in vials on my lap.

The splatter is delicate.
I guess I am bleeding all over the scenery.

I was born in November.

or the surrounding archways that were the kind of architecture
that bodies who have been treated gently like to enjoy.

The kempt lawn was always kempt.
I was disparaged on that terrain.

I was smut.
The rest was burnished. 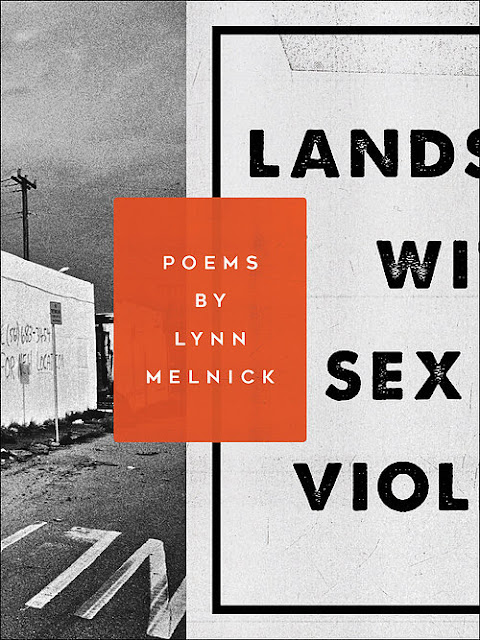 The first title I’ve seen by New York poet and editor Lynn Melnick is her second, Landscape with Sex and Violence (Portland OR: YesYes Books, 2017), composed as a series of poetic studies against (as the title informs) a landscape of sex and violence, and where the two, unfortunately, meet. On the heels of her debut, If I Should Say I Have Hope (YesYes Books, 2012), Landscape with Sex and Violence is written as an unflinching combination of confession, observation and witness, writing out the worst of experiences through a haze of trauma, recollection and steely will. These are poems composed with both feet firm on the ground, solid and confident and dangerous, and set with a startling clarity. What really compels in Melnick’s work is her straightforward lyric, propelled and pushed through a sequence of declarations both about and against a series of dark landscapes, such as the poem “LANDSCAPE WITH TWELVE STEPS AND PROP FLORA,” that opens: “Inside that church in Hollywood / you don’t want to believe // what I’m about to tell you / when you say I never speak when I say: // some boys take a beautiful girl / and slam her against the wall.” Or the sequence “SHE’S GOING TO DO SOMETHING AMAZING,” that includes:

That’s the grace of being knocked nose-down,
that smell which is richer than skin

which suggests there once was victory even in this defeat.