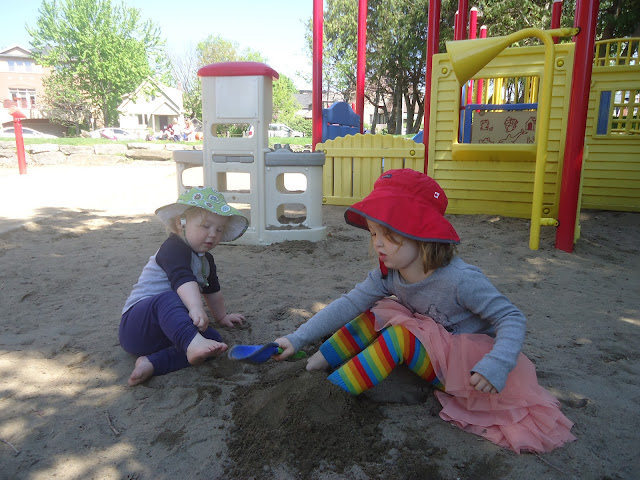 The spring edition of the ottawa small press book fair is coming up quickly! Might we see you there?

The summer has begun, and I’m in recovery from a week+ without laptop, a couple of days without air conditioning, nearly a week without the jogging stroller, and a few days Christine was in Houston, Texas for a conference, leaving me solo with the kids (yes, this was all concurrent). At least we had the car, which meant we ran off to Brewer Park for the splash pad.
And: I’m not really seeing chapbooks by Canadian publishers lately. I know they exist, and wish to review more. Please?
Brooklyn NY: I’m rather charmed by this small dos-a-dos chapbook by Anna Gurton-Wachter and MC Hyland (co-publishers of Brooklyn’s DoubleCross Press), produced “to celebrate Anna and MC’s reading at the Poetry Project at St. Mark’s Church on May 7, 2018,” an edition produced as “an offering to the immaterial economies that flourish in poets’ communities, and may be exchanged for a range of non-monetary gestures, intentions, or objects.” For example, the sheet included in my copy, writing “I, ____________, hereby promise that, in exchange for this book, I will perform the following action(s):,” that include “Call a friend I haven’t spoken to in a while,” “Bring a non-poet to a poetry reading” and “”Steal someone away from their job for a mini-adventure [.]”
when I go to the laundromat
near my apartment
there are always
white women there
yelling at the
Arab-American teenagers
who run the place
for their dad
while the women yell
they look at me
as if to say
can you believe
I have to put up with this?
he locked the door
with my clothes inside!
they have a lot of anger
and don’t know where
to put it (Anna Gurton-Wachter)
The hand-sewn chapbook is made up of Gurton-Wachter’s “The Laundry Poem” and Hyland’s “5 Essays on the Lyric.” Gurton-Wachter’s poem exists as a continuous, single-stanza, accumulating thoughts, commentary and other information, almost distractedly so, potentially composed during a session at a public laundromat. I like the way it accumulates, picking up any stray thought or action, falling into the thread of the laundromat poem, managing to cohere despite the multiple directions. While I’ve been learning more of Gurton-Wachter’s work over the past year or so (she had a chapbook through above/ground press not that long ago, also), I’m far less familiar with the work of Brooklyn poet and publisher MC Hyland, the author of a small handful of poetry chapbooks, as well as the trade collection Neveragainland (Lowbrow Press, 2010). Hyland’s half of the collection is made up of five prose poems, effectively on “the lyric,” sitting somewhere between, say, the tight lyric prose of Anne Carson’s Short Talks (Brick Books, 1992), and the looser, almost meandering threads of Gurton-Wachter’s “The Laundry Poem.” I’m intrigued by her work, and might have to seek out some more, to get a better sense of what she’s doing. I also get the sense that these five prose poems exist somewhere at the beginning of a larger project, still feeling their way out and through an idea, albeit one that does have the potential to astound, as her “Essay on the Screen” opens:
I felt death’s pull through screens for many years. What magic allows each gone face to travel at astonishing speed through the air to reach our eyes? Yet it was not until writing these essays that I first perceived the lyric’s content is also death. That language is the wall that dead-stops each ghost fleeting through a light beam overhead. As the particulate matter of cigarette smoke traces each window’s diagonal illumination in old photographs, light travels forever until arrested by some object. Every movement of the story passes through the room. I want to know what travels toward language without reaching it. I want to live within the time of that movement. So this book’s long gestation: to, as Dickinson says, dwell in Possibility/ A fairer House than Prose.
Brooklyn NY: From DoubleCross Press comes Philadelphia poet and publisher Brian Teare’s Headlands Quadrats (2018), a small chapbook of short lyrics furthering his own engagement with eco-poetics, and produced “In Memoriam” for the late San Francisco poet Joanne Kyger (1934-2017). As Teare [see my review of his latest book here] writes in his afterword:
The quadrat is a unit of measurement used in ecological studies of botanical species. It is a square (made of a durable material) placed over a site to aid in the controlled collection of data. Within the square, species are counted, rain is measured, temperatures are taken, and variations are often tracked over weeks, months, and years. Its inventor, the botanical ecologist Frederic Clements, first advocated for its usage in his 1905 textbook, Research Methods in Ecology, describing it as “merely a square area of varying accurate information.” But as the critic Joshua Schuster notes in his2015 study The Ecology of Modernism, the quadrat eradicated the values with which Romanticism had laden nature. With the quadrat, “anything could be ecological, and ecological change was an open-ended process without a script that favored morally freighted outcomes.”
I’m fascinated by the straightforwardness of the form, allowing for a fine subtlety in these twenty-one short poems. Is this a self-contained unit, or part of something larger?
faster than predators
on the trail I encounter
for the first time a coyote
exactly the color of July


in these hills unhurried
it turns to me full of bones