the Alps helping Ellen Pao is not an
option Barbie Chang

opted out but never really severed
ties with the people in

the office she kept quiet because by
speaking she would

The first thing that struck me about Southern California poet Victoria Chang’s fourth full-length poetry collection, Barbie Chang (Copper Canyon Press, 2017) [see my review of her prior collection here], is how it is reminiscent, structurally, of Toronto poet Shannon Bramer’s second collections, scarf (Exile Editions, 2001), both of which are accumulative character-studies heavy on interiority, wrapped around a central image/character. Whereas the image and story of a scarf provides Bramer’s character Vera her narrative through-line, Victoria Chang writes her character and central figure “Barbie Chang” as a “perpetual outsider,” writing her character’s feeling of disconnect against the loaded cultural figure of “Barbie.” What makes the connection stronger is in how Chang doesn’t need to present information any more than the name itself, and her main character isn’t mentioned once without her full name: “Barbie Chang.” 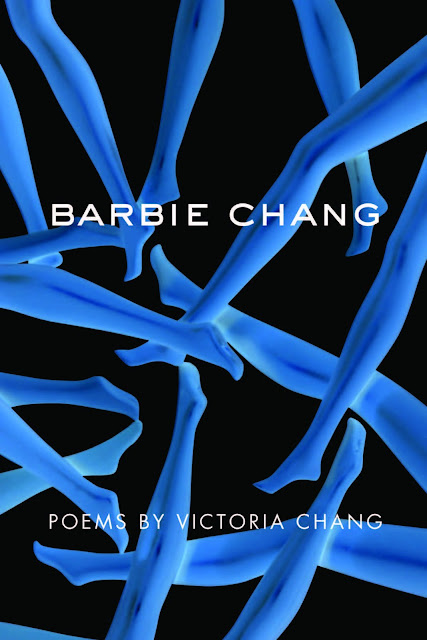 Chang (Victoria, I mean) also adds the figure of “Mr. Darcy” as a side-character, referencing the character of Fitzwilliam Darcy from Jane Austen’s novel Pride and Prejudice (1813), through Barbie Chang’s “romantic misadventures with Mr. Darcy,” as she writes, to open the poem “MR. DARCY LEANS”:

Mr. Darcy leans into Barbie Chang again
weans her from his lean

Barbie Chang is a hefty and complicated character study, as we watch Chang’s (Victoria, I mean) protagonist deal with parental health issues, heartbreak, racism and anxiety while attempting to maneuver the potential minefield of social engagement, as she writes to open the poem “BARBIE CHANG GOT HER HAIR DONE”:

Barbie Chang got her hair done for
the school auction

shopping for matching dresses so out
of the nest she flew

into the auction thinking she could
outmaneuver her

loneliness thinking she could overcome
being classified thinking

I find her rhythms of her poems fascinating, wondering how her lines are meant to be heard or read, with the jagged, staggered meanings and collision of phrase. I find the rhythms jarring, but am fascinated by how they are meant to sound, and meant to flow, reading instead a kind of uneven ground meant to keep the reader slightly unsettled. The effect requires a slowness, but aloud would be quite different to hear at higher speeds. How am I to read these? How does she, I wonder?