for Lisa or Laurie

We held each other / in silence / mouth against mouth / blood & thunder scorching the grass / Behind the shed / I played the husband / brutish breadwinner / choking her flesh / in my troubled hands / pulling her head back / to lick / from neck to ear / in frenzied thrill / The kind of love / I learned from movies / & what light swamped the air / as I shoved my bald pelvis into hers / blood ripening into wolf brine / burning a girl-shaped hole in the clover? / Every afternoon I became a god reinventing sky / expert forger of the dry hump / I asked Who’s your daddy? before that was even a thing / Once the recess bell rang / I released her back / into the quiet unwild / to no-longer-mine / to fat white tubs of minty paste / & songs about Jesus / From across the room / I watched my bride / make eyes / with the real boys / & knew I could kill for her / drill a body down into the earth / boy in the Polaroid / a grisly figurine / The white horse of masculinity bucking wild on the inside / I bit my lip & did as I was told / After school / I wanted / to hold her hand / she always wanted a divorce / When the big kids followed me home / called me / lesbo / homo / wetback / faggot / I held my chin out & challenged to fight them all / every time / & why not? / Might as well / we all knew / I would never / win / anything. 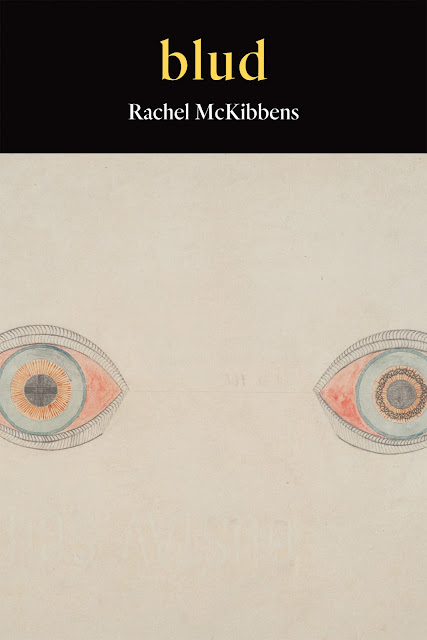 I’m fascinated by American poet Rachel McKibbens’ third full-length poetry collection, blud (Copper Canyon Press, 2017), a collection of poems forged from family violence, mental illness and an incredible resilience constructed through honesty, examination and self-awareness. The poems in this collection articulate the difficulty of being different in a surrounding that doesn’t tolerate such, and poems that can’t help but display a deep loneliness. As she writes to open the poem “salvage”: “I have learned to need the body / I spent years trying to rid the world of [.]”

Composed in a confessional mode, her poems shimmer, bleed and rage, documenting a series of honest and even brutal narratives that shimmer, parse and startle. These are poems written rough, carefully contained and lyrically tight. In a recent interview by Christine Mallon, posted at Scoundrel Time, McKibbens responds to a question on the blending of violence and magical realism:

From the moment I was born, my life has been comprised of volatility and darkness and uncertainty. I am the daughter of a schizophrenic mother and physically violent father. Why must I adhere to a language that demands I stay in that world? Consider, also, the cultural aspects of magical realism Black and brown writers engage in while storytelling—we receive our surroundings differently, our vision is not the same as our colonizers’, therefore it is crucial to liberate our language as an alternative to white realism.