Time knows what it does or it doesn’t,
is it truly a sequence that is continuing?
I might suck time from the ridge of your lips.
I think, the city negates me? Yes + No.
The mess I’ve made of things. I’m given
to the question mark, the ellipsis.
The future has already happened
and I understand nothing. A child
cries on the street and the mother
answers, “I don’t care.” Another
woman walking past in expensive
spandex says into her phone,
“whatever I have risked I stand
to earn.” I cannot hunt, I lock
the door when you go away
with my love and then with fern
in hand I signal recalcitrance. I am bogged.
A pustule of glial shine. It is possible
the rest has ended. (Liz Howard, “This Nocturne Went Summer / (a series of cosmic missives)”)

As you already know, I’m sure, one of the journals I consistently look forward to is Vancouver’s The Capilano Review [see my review of the previous issue here], currently edited by Catriona Strang. The current issue, as the short editor’s note suggests, pushes back against what often feels like a growing dark: “And yet, even as they articulate our horrors, the texts and artworks included here resist them, paradoxically finding fleeting moments of joy and delight in learning ‘to appreciate the raw beauty of our contingencies’ with Sria Chatterjee, or becoming ‘joysome from the thick damp leafage’ with Ted Byrne and Kim Minkus. So that perhaps this fall issue provides some transitory respite, and maybe refigures respite as resistance, or at least as mulch, at the same time as it takes a good hard look. ‘We’ve gathered the info,’ writes [Angela Jennifer] Lopes, ‘suck it up and believe.’” Existing as both a port in the storm and a focus on resistance, one could argue that The Capilano Review has been actively publishing and supporting this kind of work for years. In this current issue, the first thing that jumped out at me were the two short prose pieces by the aforementioned BookThug author Angela Jennifer Lopes:

So we’ve got this one. We’re planning a return to school to study physics or maybe linguistics. We knew these colonizers were just really insecure with no feeling of human. Because we know this we’re enraged. To support this moment of rage is a choice you get. For us it’s a part of it. But if you really know, the sojourn entire cannot be just peace getting a real job. It’s something we get, an attraction celestial where frothing at the conscious calves splinters. That we are ourselves the closest we are to nothing. The clandestineness of destiny is based upon a certain order earthly the report that there’s some blessing and some shunning. Some of our friends detoxify inner urgency with such sleek grace. Why do “let’s just sit on it”? And let’s bring that friend to mind. She’s the one who doesn’t care about opinions. She exudes virtues, primordial time. 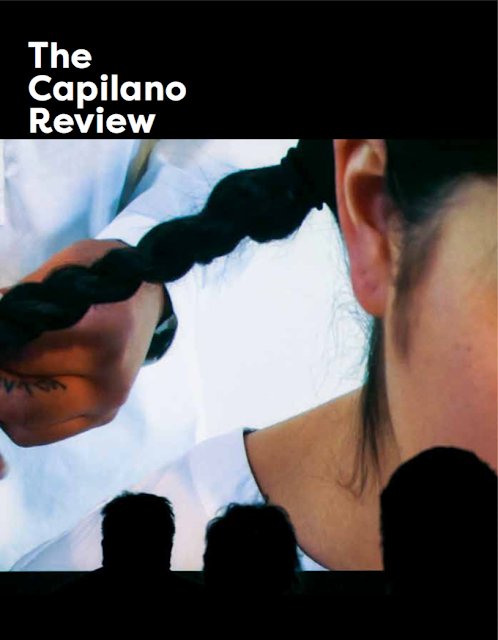 I haven’t seen as much work from Liz Howard lately (I suspect I might be looking in the wrong places, possibly), so seeing her five-page “This Nocturne Went Summer” was a definite highlight. As she writes: “I dreamt supranatural and killed my memories with salt.” It was also good to see new work from Reg Johanson, Lise Downe, Colin Smith, Brian Dedora and Kevin Davies, all writers one doesn’t exactly see publishing in too many literary journals (this is one thing I’ve learned through my years of going through literary journals: when too many journals are simply publishing variations on the same, and even the same grouping of authors, any journal that includes work from authors we don’t see enough of gets my attention). Another highlight includes Sria Chatterjee, including her “THREE LETTERS,” the first of which reads:

I woke up this morning having dreamt that four new elements have been added to the periodic table. They sank to the bottom of my mind like words or synthetic rocks, superheavy. I arranged and rearranged these particles of primary matter on my clear blue mind slate, and you. I am writing because you were in my dream, prodding it like it was water. It was water. Each element a different tonal cluster, plunk, ringing in my plunk like Listerine. You spoke nonstop of the molecular unconscious, its two poles: paranoia and schizophrenia, molar and molecular, the nonhuman sex, the problem of affinities, the dwarfism of desire, terror and law, Seaborgium in the evolution of the state Americum, capitalism and schizophrenia, old earths and new, I had my ears to the ground you were vomiting clay screaming for Darmstadtium. You were drawing furrows in my water. We were screaming over and above each other. ORGANIZE, EXECUTE, EAT LOCAL, & MAKE the police take the Hippocratic Oath. Abstain from doing harm. I hope you are doing OK. Do write. The sky here is unfixed with the atomic structure of milk.