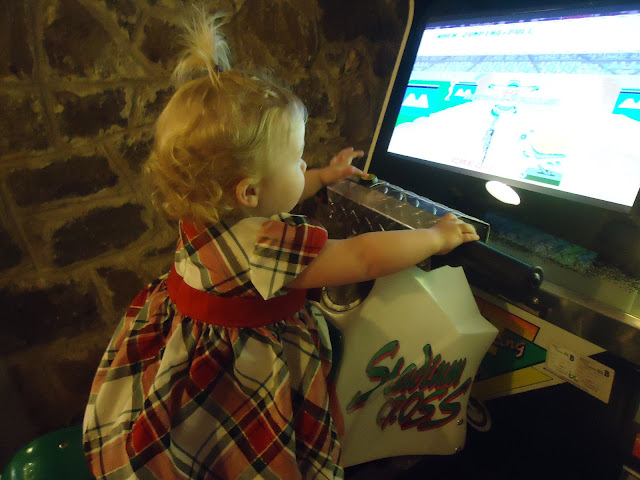 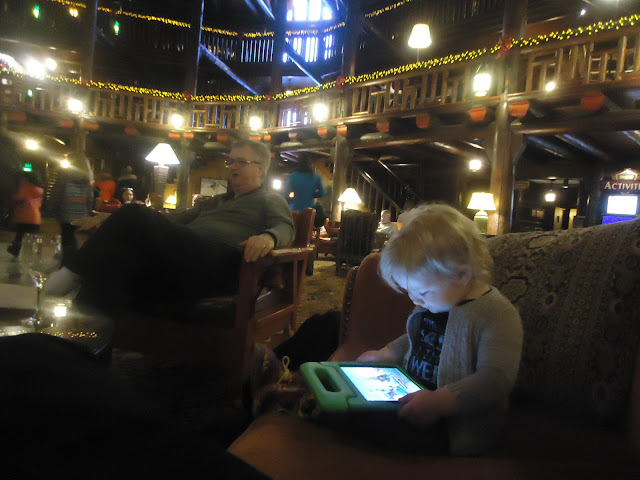 Once again we went to Montebello as part of our Christmas activity with Christine's father and his wife, and Christine's brother's family, all piling into cars for the sake of big meals, fireplaces, swimming and other activities in the wilds of Quebec.

This is our fourth annual jaunt [see last year's post here], arriving mid-afternoon on the 16th (coinciding the drive with Aoife's nap) and leaving again some twenty-eight hours later. Whoooosh! 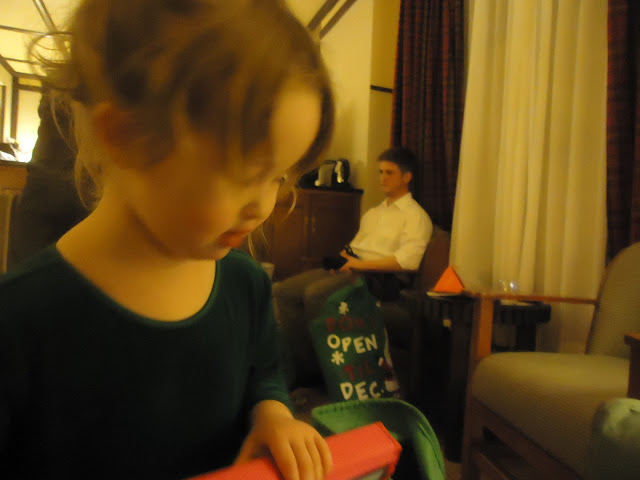 Rose ran around with her cousins, and went into the pool twice (at least), as well as going skating (far too briefly) outside with father-in-law and Teri (apparently Rose didn't want to fall). Rose dressed in pajamas that made her up like a toy soldier (she recently saw a version of The Nutcracker with Christine), and Aoife was a reindeer (which she ended wearing all of Sunday).

They opened gifts, hung out with gran'pa, coloured, and ran around a bunch. During one of Rose's swim-jaunts with Teri, Aoife (who wasn't feeling well, so got rather clingy) had a long nap that required my assist (I also had a long nap). Christine had a pedicure. We attempted to breathe. 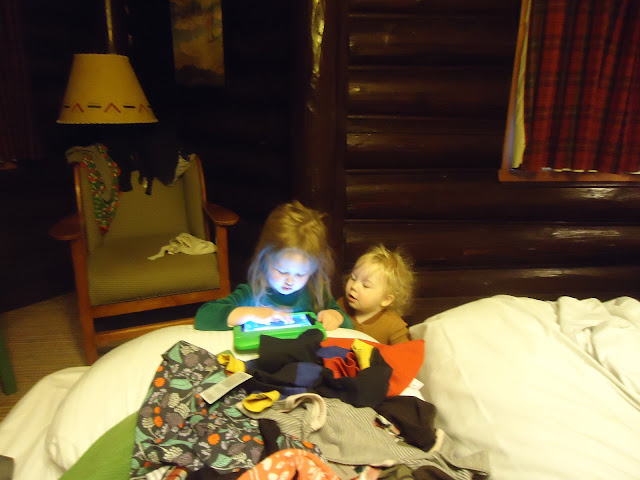 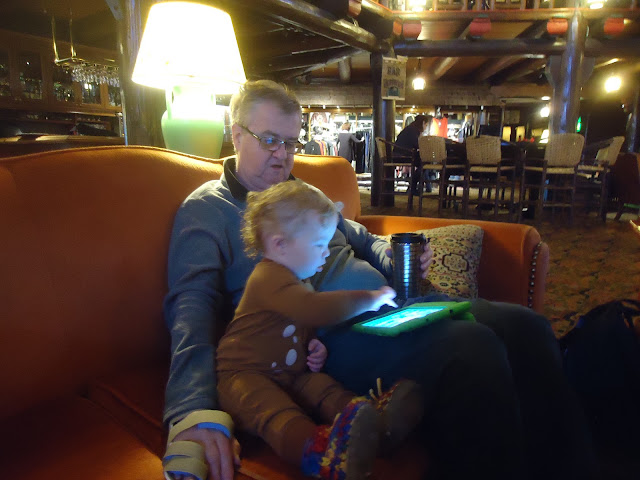 They spent much time on the iPad (it helped keep them both from running off) (there's also a spelling game that Aoife is getting quite good at). 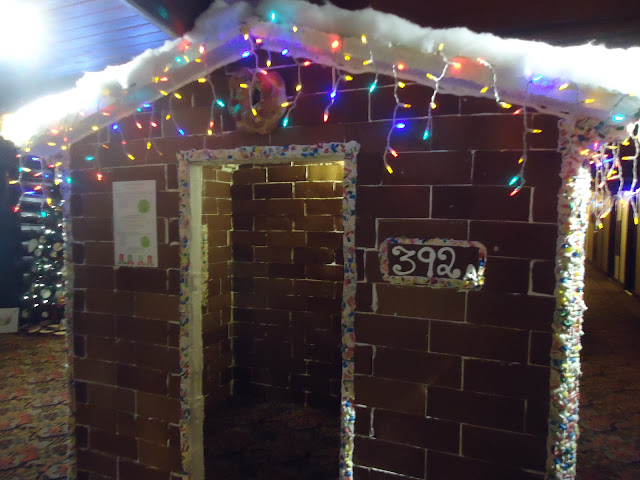 In the hotel, also, was a gingerbread house large enough that I could have stood up inside it. I mean, made of real gingerbread. Really?