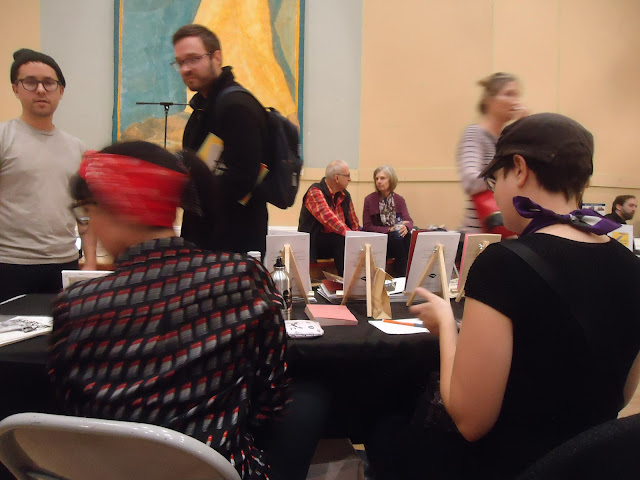 [in the background, bpNichol Chapbook Award-shortlisted author Doris Fiszer and her husband, beyond a flurry of activity including Eric Schmaltz and Gap Riot Press, etc]

Further to my previous set of notes (and, see, I’m writing about the ottawa small pressbook fair as well), here are some other items I picked up at the most recent edition of Toronto’s Indie Literary Market [see my notes on last year’s event here]. Although, did I mention that I was mistaken for Gary Barwin at this event, not once, but twice, in under the space of two minutes? Baffling.

Cobourg ON: Kingston poet and photographer Allison Chisholm’s seemingly-debut is the chapbook On The Count of One (Proper Tales Press, 2017), a collection of short, surreal lyrics:

Teens of the new millennium
tattoo their inner thighs
and mouth the words
to shoddy pleas
the scandalized confessions of
a thousand feet above.

The bulk of the collection is made up of the twelve-poem astrological suite, “Crumbs for Birds,” a dozen poems playing with the twelve signs of the Zodiac, opening with “Aries (March 21 – April 19)” and closing with “Pisces (February 19 – March 20).” Playing off the format of the short newspaper/online daily astrology, Chisholm’s suite of poems, easily the strongest part of this chapbook, aren’t attached to any particular date (as astrologies often are), but suggest something both current and ongoing, writing to Aries that “If you are not yet moving at top speed, you very soon will be.” or to Libra, writing “Understand that every other name // begins and ends // with dirt in the sky.” or to Aquarius, offering both advice and the chapbook’s title, writing “Demonstrate your esteem // with a chorus of obscurity // or crumbs for birds. // He or she likes what he or she sees.” 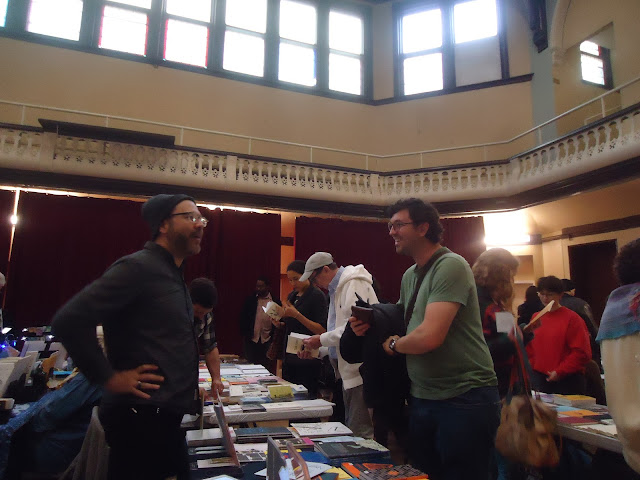 Hamilton ON: Alex Porco’s chapbook, The Low End Theory (2017), produced by Gary Barwin’s serif of nottingham, made me realize that it has been a while since I’ve seen a new publication by him (he’s been busy, otherwise, having edited the critical edition of Jerrold Levy and Richard Negro’s Poems by Gerard Legro, produced by BookThug in 2016, and authored the afterword to Steve Venright’s brand-new The Least You Can Do Is Be Magnificent:Selected & New Writings, produced by Anvil Press). Part of, as his author biography at the end of the chapbook tells us, “The Minutes, Porco’s ongoing serial poem,” The Low End Theory is made up of a single, unbroken poem produced in short lines, structurally akin to much of the work of Vancouver poet Stephen Collis. I’m curious about his ongoing serial poem; curious about the “ongoingness” of this poem-of-anxiety, and how the larger project is structured. Is this simply the opening salvo to a single poem unending, or one of an open-ended suite? How far might such a project progress? His poem opens:

I am in
Room #513 at
The Aloft Hotel
In Atlanta. I
Have fears. Real
And particular. But
Also unreal and
Particular. I’ll get
To ‘em in
One sec. First,
I’m thinking about
Naming this poem
“Poem about Fears,”
But am worried
That’s too on
The nose. I
Like my nose.
I do not
Fear it, and
You shouldn’t either.
I haven’t decided
On a title.
It’s early still.
Let’s see how
Things go. […]