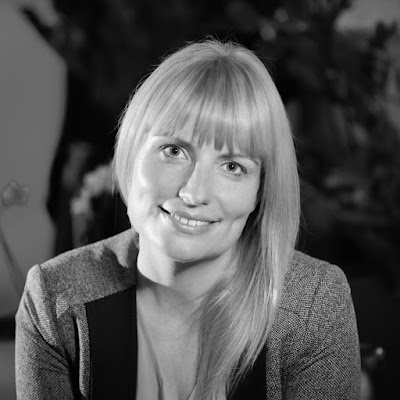 Branka Petrovic [photo credit: Shutter-Tripper Photography] completed an M.A. in English Literature and Creative Writing at Concordia University. She holds a B.A. in English Literature and Philosophy from McGill University. Her poetry has appeared in Branch, Arc Poetry Magazine, Contemporary Verse 2, The Malahat Review, The Fiddlehead, The Antigonish Review, and The New Quarterly, among others. Her work was long-listed for the 2012 and 2015 CBC Poetry Prize and shortlisted for the 2013 Gwendolyn MacEwen Poetry Competition. In 2016, she won second prize at the Great Blue Heron Poetry Contest. Born in Belgrade, she lives and writes in Montreal. Her debut collection is Mechanics of a Gaze (Mansfield Press, 2017).

1 - How did your first book change your life? How does your most recent work compare to your previous? How does it feel different?
We’re about the find out… the book is being printed as we speak. A weight was definitely lifted off my shoulders when I gave my last ok and let it go to print. Hours, months, and years of work are now materializing into this small, soft cover object that I will be able to hold and share with readers and friends. My most recent work is consumed with clatter; it feels angrier, probably because it so often argues with a masculine aesthetic and model of the poem.

2 - How did you come to poetry first, as opposed to, say, fiction or non-fiction?
I came to poetry first for its ability to step outside of a specific language, and to exist—when pushed to extremes—as mere noise. It mistrusts language from the get-go; something that as a young immigrant—as someone who lived between three languages at once—I found captivating. Not to mention the thrill of line breaks, rhythms; those sensations on the tongue, inside the stomach. When words clash in that way—it’s explosive. I grew up in a family of classical/jazz musicians. Chopin’s prelude came before the words did. To this day, I hear the poem and then the words come.

3 - How long does it take to start any particular writing project? Does your writing initially come quickly, or is it a slow process? Do first drafts appear looking close to their final shape, or does your work come out of copious notes?
My writing is gazillion versions of a single poem (hours of editing); it’s a lot of time spent finding that word! But I also research a lot. I read a lot about various topics. I read other poets. I love projects. Injustices and other artworks inspire me.

4 - Where does a poem usually begin for you? Are you an author of short pieces that end up combining into a larger project, or are you working on a "book" from the very beginning?
A particular poem often begins from a line I’ve read by another poet; from a photograph; from a scene in a film, etc. I used to work on shorter, individual pieces, until I entered my M.A. (and had to concoct a thesis) and now that I’ve worked on a book. I’m currently a lot more focused on the poem as part of a larger curated project, which I love. I don’t necessarily think about sequencing, however, until the very end.

5 - Are public readings part of or counter to your creative process? Are you the sort of writer who enjoys doing readings?
I love readings; however, I’m the sort of writer who gets sweaty palms. I’m too often worried about my accent and how to pronounce certain words. I’ve worked with a fantastic voice coach while at the Banff Centre, Dale Genge, who I highly recommend. She taught us that it’s not about reading words off a page; it’s about embodying each image. And breathing! I definitely think poems should be read out loud, the words masticated. Actors are probably better than certain poets at these things. Performance is a whole other monster, which they don’t necessarily teach you at school. Maybe I’ll take acting classes!

6 - Do you have any theoretical concerns behind your writing? What kinds of questions are you trying to answer with your work? What do you even think the current questions are?
Definitely. My concerns are often of an existential kind. The philosopher in me wonders what poetry can say and how it should say it. I’m obsessed with that. I’m also obsessed with the white space between two languages; the relationship of words to things; and with poetry’s ability to question the ultimate structure and essence of a language, a body, a being.

8 - Do you find the process of working with an outside editor difficult or essential (or both)?
Working with an outside editor is a very good thing. I’ve worked with editors/poets at the Banff Centre for the Arts and I’ve had other editors, I’ve hired, look at my work. All editors edit differently. The trick is to find one you trust. The difficulty also remains in choosing what advice to take versus what advice to flush. An editor can work with you on those technical, line-by-line issues. She can also come up with new sequencing, question titles, certain metaphors—things you might miss.

9 - What is the best piece of advice you've heard (not necessarily given to you directly)?
Sit down and carve every day, regardless of inspiration (or something along those lines). Creative writing—some seem to ignore—is also a very technical venture. And I love that aspect of it. I enjoy editing, revising, rewriting, all the while attempting to master a certain aesthetic. It’s similar to piano practice. Yes, there is emotion (you sometimes have to reach there where it hurts), but you have to master the skill before you can even attempt to escape aesthetic A or B. Free verse is only free in negation to form; it’s therefore anchored in the formal!

10 - What kind of writing routine do you tend to keep, or do you even have one? How does a typical day (for you) begin?
When I took a couple of months off work to focus on writing and complete the book, I wrote, edited, researched, and read daily from 10am to 5pm (weekends excluded). I need to be fully immersed in it all. Headspace is key for me, as are discipline and routine.

11 - When your writing gets stalled, where do you turn or return for (for lack of a better word) inspiration?
Usually other art forms: visual art, photography, film, music, dance, etc.

12 - What fragrance reminds you of home?
Pine trees and steamed mussels, if home is the Dalmatian Coast; roasted chestnuts on a rainy autumn day, if home is Belgrade; and wet snow on asphalt, if home is Montreal.

13 - David W. McFadden once said that books come from books, but are there any other forms that influence your work, whether nature, music, science or visual art?
All of the above, but especially art. And of course, life.

14 - What other writers or writings are important for your work, or simply your life outside of your work?
Charles Simic; Vasko Popa; Karen Solie; Kate Hall; Sue Elmslie; Claudia Rankine; and etc.

15 - What would you like to do that you haven't yet done?
A different, mixed genre. And something digital/experimental. I’d also love to collaborate with other artists. In terms of life: live in a European city for a little while.

16 - If you could pick any other occupation to attempt, what would it be? Or, alternately, what do you think you would have ended up doing had you not been a writer?
I’m a writer, but I’m other personas as well already. I almost became a classical dancer!

17 - What made you write, as opposed to doing something else?
A love of words, commas, tempos; my fascination with the human brain, life & death, the universe, my next-door neighbours, accents, borders, wars; none of which could fully be explained by sciences or my teachers.

19 - What are you currently working on?
Some strange mixed-genre beast. I’ll let you know when it’s done.

Thank you so much. What wonderful, thought-provoking questions! It’s been a pleasure.

Posted by rob mclennan at 8:31 AM
Labels: 12 or 20 questions, Branka Petrovic, Mansfield Press