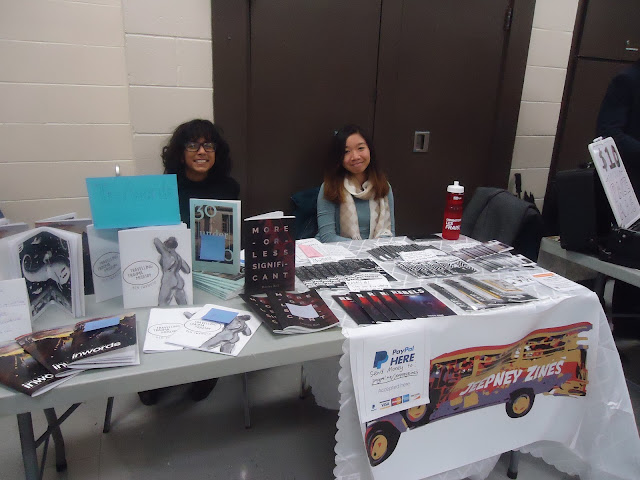 [on the left, Manahil Bandukwala, poet and editor of In/Words Magazine and Press] Further to my previous set of notes (and, see, I’m writing about Toronto’s Indie Literary Market as well), here is another item I picked up at our most recent fair: 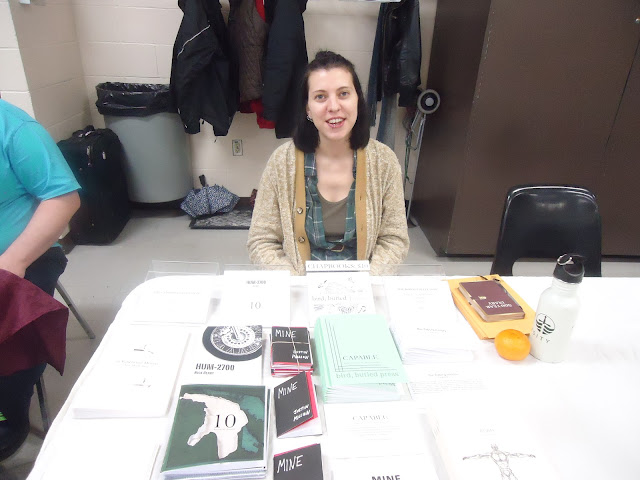 Peterborough ON: I like that Justin Million and Elisha May Rubacha are producing small literary objects through their bird, buried press [see my 2016 Open Book profile on them here], whether events, broadsides or chapbooks, and one of their latest is Ottawa poet Tim Mook Sang’s chapbook A Functional History (2017). Some of the narratives he’s constructed have an interesting flow, and the run-on prose poems/sections are a bit more interesting than the poems constructed in more traditional ways. Still, I wonder why it is he isn’t writing short stories, or at least composing each of these entirely as prose-poems? I am unclear as to why some of the line breaks exist.

the sinking of the BX

The poems of A Functional History engage with histories that have shifted, have been lost, and require salvage, working the stories of history against the histories themselves. The narrative of “The Great Lakes Storm of 1913” is broken into stanzas for the sake of different voices (again, why is this a poem over, say, a performance work or short fiction?). Where he breaks out of the straightforward narrative is where the poems really seem to come out of themselves and do something a bit further. Either way, I am intrigued by this short work; but I would like to see him push further, keep going.