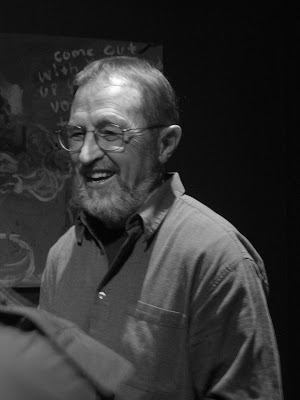 Fred Wah was born in Swift Current, Saskatchewan in 1939, but he grew up in the West Kootenay region of British Columbia. He studied music and English literature at the University of British Columbia in the early 1960's where he was one of the founding editors of the poetry newsletter TISH. After graduate work in literature and linguistics at the University of New Mexico in Albuquerque and the State University of New York at Buffalo, he returned to the Kootenays in the late 1960’s where he taught at Selkirk College and was the founding coordinator of the writing program at David Thompson University Centre. He retired from the University of Calgary in 2003 and now lives in Vancouver. He has been editorially involved with a number of literary magazines over the years, such as Open Letter and West Coast Line. His work has been awarded the Governor General’s Award, Alberta’s Stephanson Award for Poetry and Howard O’Hagan Award for Short Fiction, the Gabrielle Roy Prize for Writing on Canadian Literature, and B.C.’s Dorothy Livesay Prize for Poetry. He was Parliamentary Poet Laureate 2011-2013 and he was made an Officer of the Order of Canada in 2013. He has published over 20 books of poetry and prose. Recent books include Sentenced to Light, his collaborations with visual artists, is a door, a series of poems about hybridity, and a selected, The False Laws of Narrative, edited by Louis Cabri. A recent collaboration, High Muck a Muck: Playing Chinese, An Interactive Poem, is available online (http://highmuckamuck.ca/). His current project involves the Columbia River. Scree: The Collected Earlier Poems, 1962-1991 was published by Talonbooks in the fall of 2015.

He was writer-in-residence at the University of Alberta during the 1988-89 academic year.

A: 88-89, 25 years ago. Dredge. Most remembered: Pauline picking me up at airport September 26 after flight from Vancouver and telling me that bp had died during his operation the previous day. That was pretty hard. beep and I had taught together that summer in Red Deer where had egged me on to try writing some prose. “Start with the Pulp 3-day novel contest” he said. First thing I did in Edmonton was that, on Labour Day weekend. Managed about 60 pages of what later became the biofiction Diamond Grill. I remember Rudy Wiebe’s startled expression on the Tuesday morning when I told him that I’d written a novel over the weekend. That year was a transition year for us, from B.C. to Alberta, since I had accepted a job at the University of Calgary to begin the summer of ’89. I was intrigued by the sudden shift in our lives, from rural to urban, from the Kootenays to the prairies, from a very local address to a more academic discourse. And the year free of teaching and exploring writer-in-residence connections was invigorating. We had access to a wonderful community of intellectuals with whom we socialized and collaborated, a writing community that included astute artists like Doug Barbour, Greg Hollingshead, and Janice Williamson. The Salmon Rushdie affair blew up that fall and my writing around that engaged me with faculty in Graphic Arts like Peter Bartl and Jorge Frascara. At the time, I felt my writing attentions were moving in a number of directions. I was also becoming quite involved in the Writers Union and the growing interest in and awareness of race, supplemented through intense coffee yaks with Myrna Kostash. While I still felt grounded in a geographical sensibility in my poetry, I was trying to apprehend the possibilities of writing prose and prose-poetry through working on Diamond Grill and being able to play with some visual artists. The opportunity of the residency was, for me, a welcome opportunity to explore new forms and ideas and relish the energy of an intelligent and vibrant community.