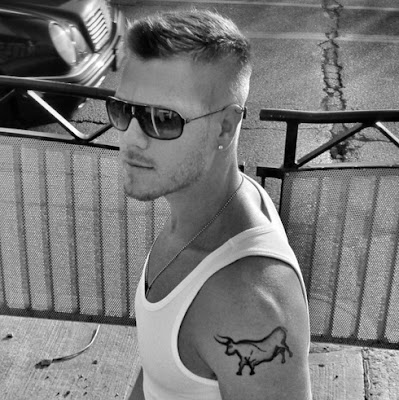 Matthew R. Loney is the author of That Savage Water (Exile Editions, 2014) – a collection of backpacker-themed short fiction. He was a finalist for the 2013 and 2014 Gloria Vanderbilt Short Fiction Award and his work has appeared in a range of North American publications, including the political short fiction anthology, Everything Is So Political. His book reviews have appeared in Plenitude, The Puritan, The Maple Tree Literary Supplement and Broken Pencil. He lives in Toronto.

1 - How did your first book change your life? How does your most recent work compare to your previous? How does it feel different?
This might sound unusual, but publishing my first book gave me permission to release my grip on “the dream” of becoming a writer. Having focused for so long on one goal – and challenging myself to see whether or not I could achieve it - I’m now able to see a gigantic and beautiful world of possibilities outside of literature. My new work has a different energy to it – less personal angst, more skillful observation of the way we live and connect. Overall, a nicer hot-tub to stew in.

2 - How did you come to fiction first, as opposed to, say, poetry or non-fiction?
My early journals are mostly poetry but I quickly realized most were rubbish. Fiction is more forgiving. I grew up reading The Hardy Boys, The Famous Five and whole summers of R. L. Stein. It must have connected me with the pacing of fiction, how it could lead you along for a while, lure you, and then change course once you’ve become invested. Poetry can do similar things, but the game is shorter.

3 - How long does it take to start any particular writing project? Does your writing initially come quickly, or is it a slow process? Do first drafts appear looking close to their final shape, or does your work come out of copious notes?
So far everything has come quickly. Too quickly sometimes and I resent its bad timing. The novel I’m working on came to me so furiously that I was scared to lose it if I set it aside. Short stories have come with similar speed, out of the blue, but aren’t as disruptive to normal living. I have a difficult time altering anything major after the first draft is down but I’ve learned the hard way that first thoughts are not anything to show anyone, despite how connected you may feel to them. I think writing from notes is essential for a novel’s structure, but less so for a short story which I think can be more organic.

4 - Where does a poem or work of fiction usually begin for you? Are you an author of short pieces that end up combining into a larger project, or are you working on a "book" from the very beginning?
Stories usually begin with an image or fragment of conversation that ripples out into a bigger world. My newest story came out of a series of Instagram photos a friend sent me. The fragmented chronology was too interesting to ignore. I like to think I begin writing where the story begins, but the feedback I get usually tells me that the story actually begins much later in the work.

5 - Are public readings part of or counter to your creative process? Are you the sort of writer who enjoys doing readings?
Counter. I can’t imagine any writer who enjoys standing in front of a crowd and reading their work. It’s against everything in my character to drone out loud what’s meant to happen in the readers’ ear. That said, the applause at a reading is likely to be the most visceral feedback a writer will ever get from their work, so it’s a trade off.

6 - Do you have any theoretical concerns behind your writing? What kinds of questions are you trying to answer with your work? What do you even think the current questions are?
I’m really interested in culture shock, culture clash and the way that technology can both bridge and obstruct the meeting of different worlds. Over the last ten years, the world became so interconnected, so bridgeable, but I don’t think the human psyche has been able to keep up with how best to approach it. Stylistically, my questions have been around how to invent and be original in an industry that is currently risk-averse. When readers get lazy, they turn into “the market” and so everything slides toward the predictable.

7 – What do you see the current role of the writer being in larger culture? Does s/he even have one? What do you think the role of the writer should be?
I’m of Ginsberg’s mind that the writer/poet is a kind of oracle, and not because it’s an identity that you seek out or strive for, but because it’s simply the way we observe the patterns of the world. But there is a reason oracles were confined to caves – they don’t always give desirable answers. We’re censored now more than ever – through political correctness, through funding, through “the market” – which means our role is being defined for us. I’d like for the writer to have more of a renegade role – more prophet, less profitable.

8 - Do you find the process of working with an outside editor difficult or essential (or both)?
Essential because I make too many mistakes and have a bizarre sense of literary aesthetic that doesn’t always land on the reader the way I aim it to, but difficult because I’m stubborn and too precious of my own work.

9 - What is the best piece of advice you've heard (not necessarily given to you directly)?
When I worked with Paul Quarrington in the last year of my M.A., he asked me, “What about this character would make a top actor/actress foam at the mouth to play this part?” I realized that much of what I had written was boring and stock as hell. I run each character I write through this criterion now.

10 - How easy has it been for you to move between genres (poetry to fiction to non-fiction)? What do you see as the appeal?
Mental homeostasis is the appeal. Poetry and fiction cleanse different parts of me.

11 - What kind of writing routine do you tend to keep, or do you even have one? How does a typical day (for you) begin?
I don’t have a routine because that sounds like I should do something the same way whether I’m feeling like it or not. If I’m enjoying a project, I’ll work on it any chance I get. If I’m procrastinating or the project is weak, I’ll find myself routinely on YouTube. I wish my answer could be ‘a kale smoothie followed by three-mile swim’. One day.

12 - When your writing gets stalled, where do you turn or return for (for lack of a better word) inspiration?
I usually just need to take my hands off the wheel if I’m continually driving into a ditch, or not moving at all. Drawing or sketching allows me to cleanse the palate. If I’m lucky, I can travel somewhere. A change of cultural scenery does wonders for me.

13 - What fragrance reminds you of home?
Vim floor cleaner or the smell of a hot dishwasher.

14 - David W. McFadden once said that books come from books, but are there any other forms that influence your work, whether nature, music, science or visual art?
Books that come from books seems like a superbly dull idea, although I can see what he means. I wish writing could take more from the visual arts world, or dance. If I could find a way to infuse a short story with influences of M.I.A.’s “BadGirls” video or Gustavo Santaolalla’s guitar music, or with the same core energy as krump, I’d consider it a personal triumph.

15 - What other writers or writings are important for your work, or simply your life outside of your work?
My writing tends to be dialogue and description heavy. I think this comes from a strange fusion of having playwrights and travel writers as my major influences. Paul Theroux, Martha Gellhorn, Eugene O’Neill and Edward Albee sing in the background of a lot of my work.

16 - What would you like to do that you haven't yet done?
I’d love to plan a motorcycle trip circumnavigating the Mediterranean. Or from Scotland to Singapore. I’d also love a ten-year stint sailing around the islands of the South Pacific repairing my own rig and catching my own fish. Fill my passport with stamps, is the short answer.

17 - If you could pick any other occupation to attempt, what would it be? Or, alternately, what do you think you would have ended up doing had you not been a writer?
Professional adventurer. Some have been able to make this work as a profession. Also, an airline pilot seems a pretty awesome gig. I love airports and meeting customs agents in new countries and supremely enjoy the idea that it’s always a sunny day above the clouds.

18 - What made you write, as opposed to doing something else?
Escapism made me write. It was the easiest way for me to leave where I was for where I wanted to be. Small-town Ontario was ultra-boring for me growing up. I remember losing myself in an Edith Blyton children’s adventure book. It was a magical out-of-body experience that I wanted to recreate.

20 - What are you currently working on?
I have so many unfinished projects half-alive and squealing for attention. I don’t feel compelled to dive back into my novel so I’m drafting out a series of travel essays that deal with how technology - maps, apps, webcams, Oculus Rift etc – will alter how we approach the travel or exploration experience.