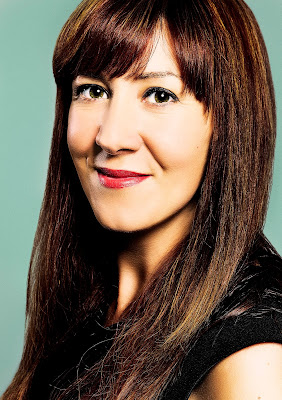 Sarah Mian’s debut novel, When the Saints, was published by HarperCollins in 2015. Her award-winning fiction and poetry have appeared in journals such as The New Quarterly, The Antigonish Review and The Vagrant Revue of New Fiction. Her non-fiction has been featured in Flare Magazine and on CBC Radio’s ‘Definitely Not the Opera’ and ‘How To Be.’ Sarah is from Dartmouth, NS and now lives on Nova Scotia’s south shore.

1 - How did your first book change your life? How does your most recent work compare to your previous? How does it feel different?
Having my first novel published by HarperCollins was a dream come true. Walking into a Chapters and finding my book on the shelf gives me a profound sense of accomplishment. A few days after the book was a published, a three-quarter page review appeared in the Toronto Star endorsing it as a contender for Canada Reads.

When the Saints is raw and hard-edged, a drastic departure from the saccharine starter novel I penned in my twenties. I’ve been overwhelmed by the response to it from across the country. Everyone tells me the fictional setting of Solace River is their hometown.

2 - How did you come to fiction first, as opposed to, say, poetry or non-fiction?
I have a compulsion to make up stories and I hate doing research, so fiction is the perfect medium.

I wrote poems for many years but ultimately decided that there are writers who are better at it than I am. Great poets don’t presume they can moonlight as fiction writers and I think fiction writers should give poets the same respect.

3 - How long does it take to start any particular writing project? Does your writing initially come quickly, or is it a slow process? Do first drafts appear looking close to their final shape, or does your work come out of copious notes?
I usually start with the seed of an idea. Once I’ve gotten to know my characters, they take over and start gunning it down all sorts of back roads and alleys I didn’t know existed. That’s when I know the writing is good; when I’m in the bitch seat.

The first draft of When the Saints was a sprint to the end, almost like my character needed to spill her whole bugged-out story over one beer. Then I had to get her to start over and fill in the gaps. Six years later, I finally had all the pieces to the puzzle.

4 - Where does a poem or work of fiction usually begin for you? Are you an author of short pieces that end up combining into a larger project, or are you working on a "book" from the very beginning?
When the Saints started as a piece of flash fiction that turned into a short story that turned into a novella that became the novel it was always meant to be.

5 - Are public readings part of or counter to your creative process? Are you the sort of writer who enjoys doing readings?
I love to perform, so I enjoy author readings, but it’s not a very interactive experience. Meeting with book clubs is more useful since I get to connect with individual readers and hear about what worked and didn’t work for them in an intimate setting.

6 - Do you have any theoretical concerns behind your writing? What kinds of questions are you trying to answer with your work? What do you even think the current questions are?
When the Saints asks why some people who grow up in dysfunctional families manage to transcend their circumstances while others are unable to break the cycle.

With my new novel I’m questioning, amongst other things, whether there is life after death.

7 – What do you see the current role of the writer being in larger culture? Does s/he even have one? What do you think the role of the writer should be?
I’m borrowing from friend and fellow writing group member, Stephanie Domet, who said it brilliantly when she told me that people are asleep and the artist’s job is to go around poking everyone awake.

8 - Do you find the process of working with an outside editor difficult or essential (or both)?
I think it’s absolutely essential to have other hearts and minds collaborate on a manuscript. I haven’t had the experience of dealing with a difficult editor, but I welcome the challenge of working with someone who has an incompatible set of values and assumptions.

9 - What is the best piece of advice you've heard (not necessarily given to you directly)?
While I was at the Banff Centre working on When the Saints, esteemed author Greg Hollingshead told me not to rush it, that a writer’s first book has the potential to make or break their career. I spent about four years heeding his advice which means that, in total, it took me seven years to write my novel (minus bathroom breaks.)

10 - How easy has it been for you to move between genres (fiction to poetry to non-fiction)? What do you see as the appeal?
I have written poems, plays, songs and screenplays, performed in radio and acted in community theatre. All of these mediums have strengthened my creative muscles and made me a better storyteller.

11 - What kind of writing routine do you tend to keep, or do you even have one? How does a typical day (for you) begin?
I have a day job, so I perform a very delicate dance all day in which I minimize the file on my computer screen every time someone walks by so no one can see what I’m actually doing.

12 - When your writing gets stalled, where do you turn or return for (for lack of a better word) inspiration?
I notice that I often have epiphanies about plot while I’m performing a repetitive physical activity like jogging or swimming. I think it’s because my mind is quiet and I can listen to my intuition.

13 - What fragrance reminds you of home?
The fresh salty ocean air. I live a stone’s throw from the beach.

14 - David W. McFadden once said that books come from books, but are there any other forms that influence your work, whether nature, music, science or visual art?
My fiancé and I have over 600 vinyl records and I recently made the discovery that we experience music very differently. He’s primarily focused on instrumentation while I’m lost in the lyrics. I once wrote an entire short story collection in which each tale was based on a Canadian folk song.

15 - What other writers or writings are important for your work, or simply your life outside of your work?
These works (amongst others) have changed my life:

Narrative of the Life of Frederick Douglass, an American Slave (Frederick Douglass), Alice’s Adventures in Wonderland (Lewis Carroll), Walden; or, Life in the Woods (Henry David Thoreau), “anyone lived in a pretty how town” (E.E. Cummings), “Desiderata” (Max Ehrmann), On the Road (Jack Kerouac), Night (Elie Wiesel), Franny and Zooey (J.D. Salinger), “The Swimmer” (John Cheever), Lives of Girls and Women (Alice Munro), “The Lesson” (Toni Cade Bambara) and any song ever written by Bruce Springsteen or Gillian Welch.

16 - What would you like to do that you haven't yet done?
I would like to try my hand at motherhood. I’ll put stars on all my kids’ bedroom doors and refer to them as “the talent.”

17 - If you could pick any other occupation to attempt, what would it be? Or, alternately, what do you think you would have ended up doing had you not been a writer?
I want to be a truck driver. I’d get on the CB radio and say things like, “Greensleeves, this is the Queen of Sheba. We got a bear in the woods at 6 o’clock. Do you copy?” I love driving and dingy motels and the idea of picking up random hitchhikers and teasing out their life stories. In high school, I used to go to the Irving Big Stop for breakfast so I could check out the rigs parked out front.

18 - What made you write, as opposed to doing something else?
I’ve been writing stories since I learned to hold a pencil. It chose me and I chose it, and that’s all there is to it.

20 - What are you currently working on?
I’ve started a new novel. It’s a ghost story set in an old church at the onset of winter. Starting next month, I’ll be home writing full-time in front of the woodstove and scaring myself senseless.