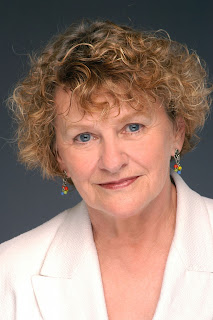 Sandra Birdsell [photo credit: Don Hall] is a writer and editor of fiction. Among her books are the bestselling novel The Russländer, nominated for the Scotiabank Giller Prize. The Chrome Suite, Waiting for Joe and her short stories, The Two-Headed Calf were nominated for the Governor General Award. She is the recipient of the Marion Engel Award, several Saskatchewan Book Awards, City of Regina, and the WHSmith/Books in Canada Books First Novel. Her books and stories have been published in Italy, Poland, Germany and Brazil. She is a Member of the Order of Canada and the Saskatchewan Order of Merit.

She was writer-in-residence at the University of Alberta during the spring 1991 term.

A: I had finished writing stories and my first novel, three books written in a mad rush to at last get them down. I thought I was likely done mining the landscape of those first works and welcomed the opportunity of the residency to put some distance between them to see what, if anything, I would write next.

Q: Were you working on anything specific while there, or was it more of an opportunity to expand your repertoire?

A: Yes, I was working on a second novel at that time—The Chrome Suite.

A: Quite often I am quoted as having said “The further west I go, the better I feel in my skin.” I think it’s true, Alberta suited me fine, the foothills especially. And I found the winter light in Edmonton was different than in Manitoba, whiter, and the sky seemed higher. When I wasn’t at work or writing I went walking on the frozen river. As for the writing community, Manitoba had Robert Kroetsch at its centre and Alberta had Rudy Wiebe who I came to think of as being a favourite cousin. I can’t say the landscape influenced my writing, but it’s easy on the eye in the way it draws the eye out to the spaces and at the same time inward where the story is at work.

A: My residency in Edmonton was the first time I’d lived “away” for any amount of time, or written while away. I convinced myself it was a good thing as it “put space” between myself and the place I wrote about. I thought the distance would give me a stronger or more creative “take” on it. And it think it did and continued to do as I went on to several other residencies and lived for a time in almost every province, except for Quebec.

I think I grew up a bit while in Edmonton, especially grew out of my roles of parent and grandparent. I was married very young and for the first time in my adult life I had my own living space and for the most part, time that was entirely my own. It made me quite aware of the astonishing fact that I had somehow become a “writer.”