The favorite wife dreams: all my body is a stone.

Here is how I control my heart: I string each thought one behind the next, like beads.

I wear the answers I am waiting to give. The jewelry becomes heavy as soil.

My long blink is a scream & a yes. There are things I have to say, but they do not yet know the questions they must ask. & a blink is no word; if they misunderstand—

A heart is just soil. Ask anyone. A heartbeat is a blink. A long blink is a scream. A longer blink is sleep. All night I am screaming.

The author of eight poetry chapbooks—“I only thought of the farm” (DoubleCross Press, 2015), “Chief!” (Ink Press, 2014), Worth is the Wrong Word (Black Cake Records, 2014), & if I die, make me how you are (The New Megaphone, 2014), (the shore in parts) (Greying Ghost Press, 2013), Sometimes there are travails (Hyacinth Girl Press, 2013), At night (Scantily Clad Press, 2009) and At night, the dead (Blood Pudding Press, 2009)—Portland, Oregon poet Lisa Ciccarello’s first full-length poetry collection is At Night (Lancaster PA: Black Ocean, 2015). Composed as a collection of untitled fragments collaged into a single, extended, accumulated sequence, what connects these pieces are less a matter of shape, structure or content, but a shared tone, one that evokes a mindful series of gestures, mantras, recriminations and self-examinations. As she writes: “I is the smallest word she can say.” The poems in At Night were originally composed as individual pieces that connect under their shared title, as she discussed in a recent interview posted at litseen:

EVAN KARP: How long have you been working on this book?

LISA CICCARELLO: I started writing the poem​s that ended up being the project that became this book right after I finished my MFA in 2007. I had written the majority of the poems that went into this by 2009, with a tiny addition to the project in 2011. For some reason I didn’t want to admit that I had finished a book, perhaps because I didn’t want to be barred from ever writing another “At night” poem, but by 2012 it was clear I’d moved on to another large project & it was time to let go of this one.

EK: Did it change incarnations/structure/come out as a chapbook?​

LC: In my mind it was always a series of connected poems that I was free to grow as I saw fit. The poems were all titled “At night,” but as I wrote more of them I started to see other categories they were fitting into (such as, dealing with marriage), so if the poems had any of these additional markers, they would be titled “At night, by marriage” or “At night, the perfect inside is outside” or, if they dealt with more than one recurring theme “At night, inside the house, the dark has a sound.” Two chapbooks were culled from it; “At night, the dead” (Blood Pudding Press, 2009) & “At night” (Scantily Clad Press, 2009) 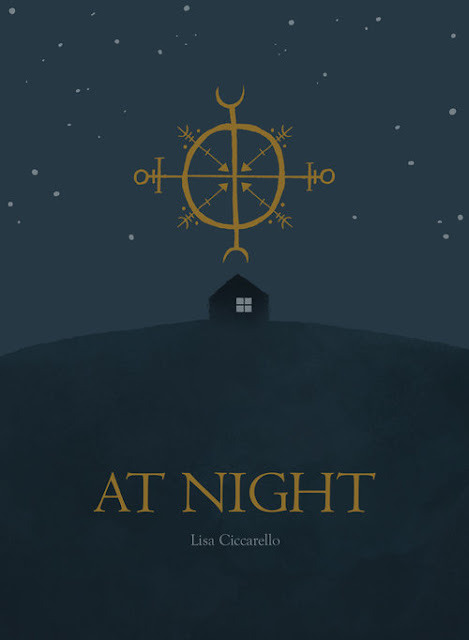 The poems are incredibly visceral and tactile (“The way you drown a man—here, in your mouth.” or, later on: “I got an eye that speaks its mind but a body that does what it’s told.”), and present a variety of scenes, stories and shifts, from more realistic stories to internal monologues to dreamscapes and folk tales, all presented as part of an examination of an all-encompassing dark. As she writes: “The dark has a sound like someone has fooled you. Someone has fooled you.”