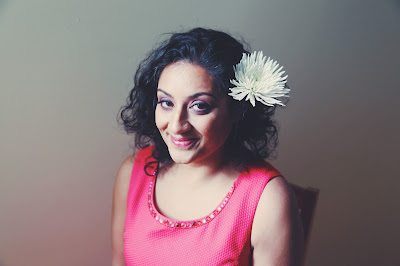 Farzana Doctor is a Toronto-based author of three novels: Stealing Nasreen, Six Metres of Pavement (which won a Lambda Literary Award in and was short-listed for the Toronto Book Award) and the recently released All Inclusive. Farzana was named as one of CBC Books’ “Ten Canadian Women Writers You Need to Read Now” and was the recipient of the Writers’ Trust of Canada’s Dayne Ogilvie Grant (2011). She curates the Brockton Writers Series. www.farzanadoctor.com

1 - How did your first book change your life? How does your most recent work compare to your previous? How does it feel different?
My first book, Stealing Nasreen, permitted me to call myself an author. Eight years have passed between it and All Inclusive, my third novel. I now spend much more time on edits, revision and getting feedback. I pay much more attention to craft, whereas with the first novel, the focus was on completion.

2 - How did you come to fiction first, as opposed to, say, poetry or non-fiction?
My first love, as a child, was playwriting (I wrote, directed and performed my first play in Grade 7). Soon after, I joined the Whitby Little Theatre and my high school productions, and as an adult, was part of Saheli Theatre Troupe, a South Asian group that wrote and performed our own work in the mid-90’s. During those years (and now too) I wrote poetry, on and off. I came to fiction about fifteen years ago, after taking Ray Robertson’s U of T Cont. Ed course “Writing the Novel”.

3 - How long does it take to start any particular writing project? Does your writing initially come quickly, or is it a slow process? Do first drafts appear looking close to their final shape, or does your work come out of copious notes?
My first two novels “arrived” linearly, with little need for revision, over a couple of years. My third novel came in fits and starts, required major revisions (throwing out characters and plotlines and inserting others). I wrote copious notes and fretted and became increasingly confused. I wondered where my earlier ease with writing had gone. I took a break. And then clarity came one day, and I was able to complete the novel within two months.

4 - Where does a work of fiction usually begin for you? Are you an author of short pieces that end up combining into a larger project, or are you working on a "book" from the very beginning?
When I’m writing a novel, the work always begins with a notion that feels obsessive. When I write poetry, the kernel idea or thought usually feels like a fragment that I want to explore and express.

5 - Are public readings part of or counter to your creative process? Are you the sort of writer who enjoys doing readings?
I enjoy readings and meeting readers. However, I do find this performative work draining, and that makes it hard for me to write while I’m in promotion mode. I’ve learned to takes some time off after a new book’s release to focus on readings, rather than on new writing.

6 - Do you have any theoretical concerns behind your writing? What kinds of questions are you trying to answer with your work? What do you even think the current questions are?
I’d say that the questions are more emotional. For example, in Stealing Nasreen, I was asking questions about home, identity and community. In Six Metres of Pavement, my central question was “how do you get over the worst mistake of your life?”. All Inclusive queries the impact of inherited tragedy.

8 - Do you find the process of working with an outside editor difficult or essential (or both)?
I love and require feedback. It’s really easy to get lost within one’s own work. I ask friends and writer colleagues to read early drafts and to offer editorial support. I’ve worked with Shannon Whibbs at Dundurn for the last two books and very much appreciate her substantive/structural edits.

9 - What is the best piece of advice you've heard (not necessarily given to you directly)?
Ray Robertson told a story in class about a writer who worked full-time and was a new parent (in other words, very busy) who wrote his novel in three forty-five minute spurts each week. I followed this example to write my first novel. For those of us with other paid work, writing is about creative time management.

10 - What kind of writing routine do you tend to keep, or do you even have one? How does a typical day (for you) begin?
My favourite routine is to write in the morning, then walk the dog, then write a little more. I try to do this most of the time, but I have a private psychotherapy practice, so sometimes that schedule gets interrupted. I try to go with the flow.

11 - When your writing gets stalled, where do you turn or return for (for lack of a better word) inspiration?
I believe that most of my best ideas come from some sort of spiritual source (the ether? Spirit guides? Ghosts?), so when I’m stalled, I need to get quiet and calm and listen. When that doesn’t work, I read fiction and poetry for courage (if they could do it, I can too!). Sometimes I’ll edit if I don’t feel like new words are coming.

12 - What fragrance reminds you of home?
Oil of Olay face cream. My mom used to wear it. Now I do too.

13 - David W. McFadden once said that books come from books, but are there any other forms that influence your work, whether nature, music, science or visual art?
I’ll often find teeny kernels of inspiration in plays, paintings, films and songs. The Fugitives’ song, “Snail Shell” made me imagine the shared-wall experience of two characters in All Inclusive who live next to one another. http://music.cbc.ca/#!/artists/Fugitives

14 - What other writers or writings are important for your work, or simply your life outside of your work?
I read as much as a can, and learn from them all (even books I didn’t like much).  I also am part of a large writers’ community, including folks who come through the Brockton Writers Series (a series a curate), The Writers Union of Canada, and the Toronto-based Salonistas. We all feed, promote and help one another.

15 - What would you like to do that you haven't yet done?
I’d like to present at the Jaipur Literary Festival.

16 - If you could pick any other occupation to attempt, what would it be? Or, alternately, what do you think you would have ended up doing had you not been a writer?
I would have done what I’m doing now—psychotherapy—but full-time. I might have burnt out by now, if I hadn’t had the creative expression to complement it. But who knows? I can’t imagine life without some form of art, so perhaps I might have returned to the French horn, which I gave up in high school!

17 - What made you write, as opposed to doing something else?
Before I took the Cont. Ed course with Ray Robertson, I enrolled a hip-hop dance class. I realized that I am very uncoordinated.

18 - What was the last great book you read? What was the last great film?
I loved The Moor’s Account, by Laila Lalami. It’s about a Moroccan slave who survives a Spanish conquistador expedition through North America.  I recently saw Wajda, a film about a Saudi girl who finds a way to get herself a bike, despite restrictive and sexist norms that forbid it.

19 - What are you currently working on?
I’m in promotion mode right now, so  I’m dreaming about (rather than writing--see question #5) Novel #4, which I think will be about the Dawoodi Bohras (a subsect of Shia Islam) the community to which I belong.