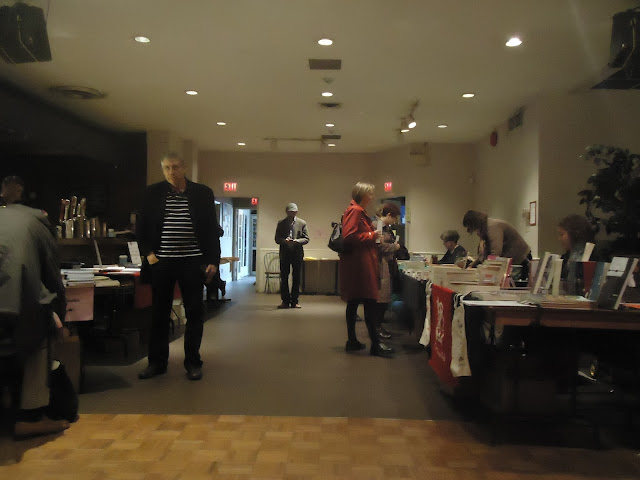 Toronto ON: If you aren’t already aware, Catriona Wright (poet and former Ottawa resident) has co-founded a new publishing venture, Desert Pets Press, with Emma Dolan, and some of their first publications include the anthology 300 Hours A Minute (2015) and E. Martin Nolan’s Poems From Still (2015). As their website informs: “Desert Pets Press was founded in 2015 by illustrator Emma Dolan and author Catriona Wright. Based out of Toronto, Ontario, the press publishes limited edition poetry and prose chapbooks and strives to combine exciting contemporary writing with innovative design.” Subtitled “Poems About YouTube Videos,” the chapbook anthology 300 Hours A Minute includes a series of playful poems (being exactly what the chapbook title suggests) composed by a variety of predominantly-emerging Toronto poets and fiction writers including Michelle Brown, Kathryn Mockler, Vincent Colistro (he has a first poetry collection due in spring with Signal Editions), Andy Verboom, Daniel Scott Tysdal [see my review of his most recent poetry collection here], Laura Clarke, Jess Taylor, Suzannah Showler [see my review of her first poetry collection here], Matthew R. Loney and Spencer Gordon.

then TED foams at the mouth
forgetting to stop. TED co-opts cud as a fertilizer

two point oh. Won’t hold a microphone so one
is fastened to TED’s head. TED says hands are keyboards,

keyboards are dead phonemes. TED walks
atop a ramp atop the universities, whose popinjays cock

their heads up and balk. Cued to a power point,
TED points to its hegemony, Gemini, Jesus, Fancy Pants,

the real regressives. TED shocks she who opens
herself to touching it. Insteads are part of the prix fixe

of TED, such is its kindness, to offer hope. TED knocks
on my wall, in the voice of a friend, who shared this article,

who shared this article, who aired this sharticle,
who dares this icicle of shart? TED talks

and before long we’ll all be forced
to listen. Full stop. (Vincent Colistro)

The argument of the collection, “poems about YouTube videos,” is reminiscent of the anthology Dinosaur Porn [see my review of such here], with the argument/prompt that sparked the project seemingly as random, but for the fact that the Ferno House anthology had submissions that were much further “out there” than the poems collected here. Wright, an emerging poet herself, appears to favour a particular flavour of the short, observational lyric, one that would fit very much in that space where the editorial visions of publishing houses Vehicule Press, Nightwood Editions, ECW Press and Wolsak and Wynn might meet. Along those same lines is E. Martin Nolan’s Poems From Still, a collection of short, meditative lyrics that weave through a gentle pacing. His poems reference hurricanes, including Katrina, and the resulting damage left behind. Nolan’s poems are thoughtful and empathetic, and centred very solidly in concrete facts and situations.

In Detroit, on TV, they show the storm after.
It goes on, moves north, still the shape it was.

In Ohio they read of it,
how it’s coming there,
feeding that recently droughted land.

The man turns from the window, the same
rain hard on the window he’s stopped at
to see the storm die over land.

The woman on the stairs stops.
She holds folded clothes.

A: To get the real Taino god
of the storm take the wooden face
carved into mid-scream, face the storm
and forget any carved wood.

What appeals about this press, apart from the strong work and the graceful design, is in seeing how they work to engage with their immediate, local community, and producing work by numerous poets, many of whom haven’t yet made a name for themselves. There is much here worth paying attention to.
Posted by rob mclennan at 8:31 AM
Labels: Andy Verboom, Catriona Wright, Daniel Scott Tysdal, Desert Pets Press, E. Martin Nolan, Emma Dolan, Jess Taylor, Kathryn Mockler, Laura Clarke, Meet the Presses, ongoing notes, Suzannah Showler, Vincent Colistro