Leo Brent Robillard is an award-winning author and educator. His novels include Leaving Wyoming, which was listed in Bartley’s Top Five in the Globe and Mail for Best First Fiction; Houdini’s Shadow, which was translated into Spanish; and, Drift, which was long-listed for the Relit Award. The Road To Atlantis is his most recent novel – tracing a family’s dissolution and healing following a tragic accident. He lives in Eastern Ontario with his wife and two children. 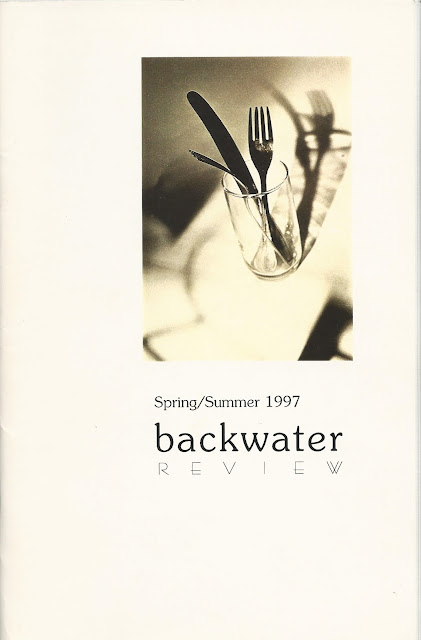 A: While attending Carleton University, I had the opportunity to edit the small literary journal Box 77. It was produced by the English Literature Society. I began there as a proofreader and member of the editorial board, then took over as editor of the magazine for three issues. I graduated from Carleton University in 1996, and this put an end to my involvement with that publication. But I guess you could say that I had been bitten by the bug.

I come from a small town in Eastern Ontario. Prior to my time at Carleton, and my move to Ottawa as a young man, I had no inclination about the existence of a Canadian literary scene. That there were other people like me – writers and poets – was a revelation. I couldn’t let it go.

I had made many friends who were involved in writing and publishing during my Ottawa years – people from the Ottawa scene, and others who had passed through the city’s various Reading Series like TREE, Sasquatch, or The Dusty Owl. I suppose my way of staying in touch was the creation of Backwater Review.

I’m sure that my initial vision was much grander. I was young and fired up about writing. I wrote in my first editorial: “Here you will discover the future conscience of a nation, of a time, of a place. This is a spawning ground for words.”

My goal was to have it distributed nationally. And it was. You could find it in magazine shops and bookstores from St. John’s to Victoria. We ran annual writing contests and gathered a few advertisers to help finance it.

And, you know, we did publish some very good writing. Especially poetry.

Q: I didn’t know you were part of Box 77! I remember Warren Layberry and Steve Zytveld, and even had work in there… Did you base Backwater Review on any journals in particular? What were your models? What other journals or presses existed around at the time?

A: I was reading stuff from all corners back then. I had a great deal of respect – and still do – for the long-running established journals like Grain, The Fiddlehead, Prairie Fire and The Malahat Review. If anything, I was modelling Backwater on their successful formats and appearances. I wouldn’t ever have called Backwater “edgy.” It was always about the writing. We weren’t trying to “be” anything. It was really more like, “If you build it, they will come.”

There were a number of journals cropping up all over the place back then. In Ottawa alone I remember your above/ground press offerings like Missing Jacket and Stanzas; there was Bywords and Hostbox and Hook & Ladder and Box 77. There was a funky little number called Graffitifish. The Carleton Arts Review was something back then, too.  But one of my favourites was Richard Carter’s short-lived Yield. He really had a particular aesthetic in mind.

When you mention literary scenes, people default to Toronto or Vancouver. But there was a lot going on in Ottawa.

Q: I agree completely. During the mid-1990s (a couple of years before Backwater emerged) there were a dozen self-described literary journals in Ottawa, and yet, we keep being overlooked as a literary centre. Have you any thoughts on why that might be?

A: It certainly isn’t for a shortage of good writers – Andre Alexis, Elizabeth Hay, Alan Cumyn, Mark Frutkin, Charlotte Gray, Brian Doyle... All these people live or have lived in Ottawa. And they are only the ones who jump immediately to mind. But beyond established writers, what a healthy literary journal scene suggests is dynamism, vibrancy and promise for the future. This is where writers cut their teeth. The discussions that take place in these small literary collectives help shape and foment the country's eventual aesthetic.

It has been said that all great writers got their start in a small magazine. It is certainly true that Backwater published some eventual heavy hitters. For instance, Tim Bowling went on to win the CAA Award for Poetry and was several times short-listed for the Governor General’s Award, and even The Writer’s Trust for The Tinsmith. Stephanie Bolster won the Governor General’s Award for White Stone – which contained poems originally published in Backwater. Claire Mulligan’s The Reckoning of Boston Jim was short-listed for the Giller in 2007. And Russell Thornton is short-listed for this year’s Griffin Prize. This is but a partial list. You, yourself appeared in the magazine, and have gone on to win the CAA/Air Canada Award, as well as the John Newlove Award. Susan Elmslie won the A.M. Klein Prize. All of these writers graced the pages of Backwater in its brief three-year existence.

And many of them – if not actually from Ottawa – passed through one of its myriad Reading Series. That’s how they learned about Backwater. I remember personally soliciting Tim Bowling and Stephanie Bolster after sets they read in downtown Ottawa pubs.

So as for being over-looked, your guess is as good as mine. But it probably has something to do with book publishing and money. Chaudiere Books must find it pretty lonely, for instance, as a book publisher in Ottawa.

Q: What are you most proud of the journal accomplishing? What are your frustrations? What had you been hoping to achieve?

A: I am most proud that good writers considered submitting to it. I never felt that Backwater had to settle. George Murray, John B. Lee, D.C. Reid – we had an embarrassment of riches from which to choose.

In some respects, this ties in to what we hoped to achieve. We gave good writing another venue. There can never be enough opportunity to promote Canadian writers and writing.

And of course, this is also linked to the greatest frustration. At its height, Backwater had a little over 200 subscribers – but most of these people were writers themselves. I suspect even those who picked it up in a bookstore were writers, more often than not, looking for another potential market.

I see small press journals as literature’s best kept secret. I suppose that I had hoped without strategy or success to change that. But poetry, and good literature in general, are a hard sell. People like to digest their entertainment passively, and these things require engagement, reflection and time.

The same awards I’ve been mentioning here – while equally vital to writing and publishing – can sometimes be a limiting force as well. Readers, too often, use them as to do lists. If you aren’t on those lists, you don’t get “done.”

But I don’t want to sound bitter or melancholic. Because I’m not. Journals remain relevant for a different reason. I can see that now. They are valuable for their sense of peer review and writer development. They validate writers and their writing at an important stage in their growth. The beginning. 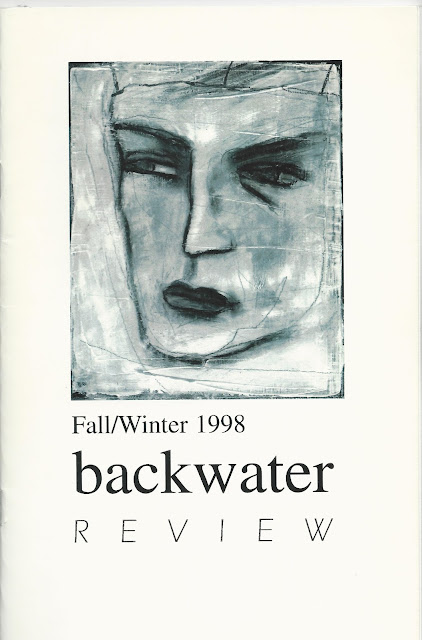 Q: Did your time producing Backwater Review have any effect on how you approached your own writing?

A: When I completed my first novel in 2003, I knew exactly where I was going to submit it. I think I might even have known as I embarked upon writing it. Backwater didn’t just receive good manuscripts; as a review outlet, we received a lot of great books as well. I became very attuned to the market for fiction and poetry in the Canadian literary press. Much more than I am now. Turnstone published fantastic books, and I knew that my style of writing would appeal to them. I knew the moment that I finished reading Margaret Sweatman’s Sam & Angie, which I reviewed for Backwater, that Turnstone was the place for my work. By complete coincidence, Sharon Caseburg was their Acquisitions Editor at that time (and still is). We had published her poetry years earlier in Backwater. I don’t think that had any bearing on my eventual publication contract – and I certainly wasn’t aware of this particular connection when I sent my work off – but I’m sure that name recognition and familiarity may have gotten the manuscript out of the dreaded slush pile. A decade and four novels later, I am still publishing with them.

So I am not sure if editing made me approach writing differently in a stylistic sense. But I am sure that it made me take my work more seriously. More professionally. I began to understand that good writing took on many different forms, and that there were venues for each of those forms. In a way, my growing knowledge of the literary landscape legitimized what I was already doing. I knew I had a place and a potential audience.

Of course, it never hurts to read, and to read good writing in all of its forms, either. As an editor, I had no better opportunity to do just that. Did I learn anything from that apprenticeship – even at a subconscious level? Maybe. Probably.

Q: What was behind the decision to suspend the journal?

A: Time. And maybe money. But mostly time. My daughter was born in December of 1999. So I was a new father, a new teacher. I had moved away from Ottawa, and didn’t have the same network of writers and reviewers around me. Unless you’ve ever produced a small press journal with a skeletal workforce of volunteers, you can’t imagine the amount of work. Throw in diaper changing, sleepless nights, and 75 essays waiting to marked, and well…

We actually had a Volume IV planned. The submissions were in. We had the artwork. But we were just exhausted. My wife, a translator and teacher, was the assistant editor, so she was living everything that I was living. And basically, life just got in the way.

I resurrected Backwater briefly back in 2007, as an online review outlet for Canadian books. But was forced to take another hiatus. This past summer, I revamped the blog entirely (backwaterreview.blogspot.ca). I post to it at least once a week on Sundays. I still review Canadian literary press books. Sometimes I post essays, or travel pieces, or snippets of something else. But the focus is reviews. It’s work. But a lot less. And it’s fun. Always was. Always will be.