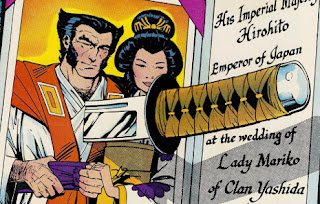 Tickets: $10 advance / $12 at the door
Through paypal to rob_mclennan@hotmail.com
Or directly at http://robmclennanchristinemcnair.blogspot.ca/

The evening will include musical performances by Call Me Katie, Marie-Josée Houle, Andrea Simms-Karp and James Missen. The evening will also include book, book art and gift basket raffles.

Or just enjoy drinks and the musical talent of some of our friends, and help toast our upcoming nuptuals!

Monty Reid will be gracing the stage with his band Call Me Katie. Best known as a poet, Monty Reid has been writing songs and playing in bands for decades. His repertoire includes bluegrass, western swing and blues, and hundreds of original songs. A versatile musician, he’s most often found with a guitar or mandolin, but has shown up with a banjo and a bouzouki as well. His sidekicks in Call Me Katie are Sarah Hill and Mike Rivoche. Hill, with her angelic voice and demonic fiddle, is a veteran of Celtic and bluegrass bands in Ottawa and on the east coast. Also a songwriter, she brings a more sophisticated touch to the band. Rivoche is a long-time Ottawa resident with a twangy past – he played guitar in several well-known rockabilly bands but holds down the doghouse bass in this configuration.

Born in Val d‘Or, Quebec and raised in Edmonton, Alberta, Marie-Josée Houle celebrates her dual cultural roots through music. Singing and writing in both English and French, she brings the Townships to the Prairies and beyond. No polkas or foxtrots for this accordion diva; instead, she combines her classical, punk rock, and French cabaret sensibilities into one sultry stew of sound. Her musical history is as varied as her hair colour. Classically trained on the accordion at age five, she chose other instruments as the medium to first deliver music to the masses. In 2000, she took up the electric bass and saxophone in order to form two very eclectic projects in Edmonton. Her reconnection with the accordion coincided with a move to Ottawa in 2003 and culminated in the world music collaboration whose success served as a springboard for her solo work. Her solo debut Our Lady of Broken Souls (2007) and her sophomore album Monsters (2008) received much critical acclaim, including nominations for Best Folk Album of 2007 and of 2008 by the Ottawa Xpress. Both albums charted and received solid airplay on local college and community radio stations across the country. From 2007 - 2010, Marie-Josée was busy playing many festivals in Canada, France, Austria and Norway including the Accordion Festival in Vienna, NXNE, la Fete de l'été in Toronto, Ottawa Bluesfest and the Oya Festival in Oslo and embarked on many cross-Canada and European tours. The quantity of live appearances over the past two years have diminished greatly to focus on writing a new album, collaborate and record with other musicians in Canada and abroad, and to hopefully, start a family: http://music.cbc.ca/#/artists/Marie-Josee-Houle

After spending nearly her entire life fighting with the frigid winters of the Ottawa Valley, songwriter Andrea Simms-Karp finally gave in to the tempting calm of hibernation. It was in this mindset that her new album was born: cocooned away from the storm with instruments for company. As she puts it: “Extreme weather makes a great muse.” Simms-Karp is an indie roots powerhouse, drawing on folk, pop and classical vibes to create a sound both fresh and familiar. The Ottawa native grew up taking classical voice lessons, singing in choirs, and getting steeped in folk music. She’s been stunning local audiences with her clear voice and unique style in live shows for over a decade. In 2004, the Ottawa Folk Festival recognized her talent by awarding her the Beth Ferguson Award for songwriting. With her debut album Sleeper, however, she garnered national attention. Powering through album charts at campus and community radio stations, Simms-Karp then won the hearts of people across the country with an appearance on Stuart McLean’s Vinyl Café in September 2009. On the show, she debuted her then-unreleased song Whiteout, which has since found a home on her new album, Hibernation Nation. http://www.andreasimmskarp.com/

The Companionship Registry is "an allegory for what transpired?", but is also the current musical outlet for James Missen. Missen is a 12-year Ottawa resident who has written, recorded, and performed his own songs for the past 20 years. www.myspace.com/thecompanionshipregistry