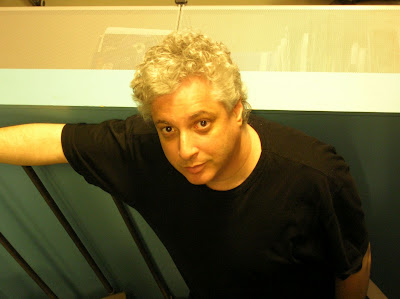 1. AFTER JOE BRAINARD
A one-hour writing workshop sparked by the literary works of the late and magnificent Joe Brainard, on the occasion of the release of his Collected Writings and the re-release of the legendary Bean Spasms collaboration between Joe, Ron Padgett, and Ted Berrigan.

2. STUART ROSS' POETRY BOOT CAMP
A relaxed but intensive workshop for beginning poets, experienced poets,stalled poets, and haikuists who want to get beyond three lines. Poetry Boot Camp focuses on the pleasures of poetry and the riches that spontaneity brings, through lively directed writing strategies. You will write in ways you'd never imagined. Arrive with an open mind, and leave with a heap of new poems!

$45
Wednesday, July 25, 6:30 - 930 pm
At the Home of Pearl and Brian Pirie, Hintonburg
(a block from the 86 bus route)
Register by prepaying via PayPal or eTransfer to Stuart Ross at
stuartross@bell.net
Spaces limited

Huge thanks to Pearl Pirie for organizing and hosting the Poetry Boot Camp!

Stuart Ross [photo lifted from the WordFest site; credit unknown] is the author of seven full-length poetry collections, most recently You Exist. Details Follow. (Anvil Press), but also including the acclaimed I Cut My Finger (Anvil Press) and Hey, Crumbling Balcony! Poems New & Selected (ECW Press). His second story collection, Buying Cigarettes for the Dog, earned positive reviews across the country, went into a second printing after only two months, and won the ReLit Prize for Short Fiction. His plotless novel Snowball, Dragonfly, Jew also won great critical acclaim. Stuart is editor for Mansfield Press, where he has his own imprint, and Fiction & Poetry Editor for This Magazine. He also writes a regular column "Hunkamooga" for the literary magazine sub-Terrain. In fall 2010 Stuart was Writer in Residence at Queen's University in Kingston. For nearly 25 years, he's led workshops in fiction, poetry, editing, and memoir across Canada.