CALL AND RESPONSE: a reading/slideshow at the school of Photographic Arts: Ottawa 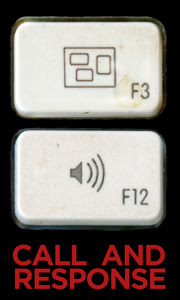 The CALL AND RESPONSE project engaged two creative communities in a year-long exchange of images and words. Artists showing work in the Red Wall Gallery have had their photographic statements poetically responded to by writers curated by rob mclennan.

This interaction can be experienced as poetry and images come together in the Red Wall Gallery for the duration of each exhibition. There will also be scheduled readings, and a poem/image card for each pairing, as well as the inclusion of selected images and poems in the next edition of Push/Pull magazine.

CALL AND RESPONSE has been a nearly year-long project of poets responding to shows at the School of Photographic Arts: Ottawa. Featuring seven Ottawa poets, each responded to a particular curated show showing at SPAO, with each response available in the gallery at the opening of their corresponding exhibits (as well as some or all of the poetic responses online).

On Friday, June 22, 2012, all seven poets will be reading from their responses, with a slide show showing the works they responded from.
lovingly hosted by rob mclennan.

FOR THE SAKE OF LIMITED SPACE, THIS IS NOW AN R.S.V.P. EVENT; please email the School of Photographic Arts: Ottawa at admin@spao.ca

Author bios can all be accessed at the Call and Response link at the SPAO site.
http://www.spao.ca/projects/callandresponse.html#events