Billy-Ray Belcourt, A History of My Brief Body

The aesthetic function of the novel, to my mind at least, is to whisper, to hide critique, to grab a reader by the throat with an invisible hand. I want no part in this. My provocations will be bare-faced. I wont trick anyone. Maybe what I want is to be violent in an epistemic sense; the blood will be not on my hands but on my words. This is why I’m a poet before all else. Maybe it’s best if I admit everything that is fucked up about me and my writing practice in the first paragraph of any piece of writing. Am I fucked up because I believe beauty is in short supply? That this lack is all I care to write about as of late? That the world is at once the condition of possibility for and addicted to this beautylessness? Probably. To be without beauty is an integral component of human life in Canada. There, I said it. Now no one needs to feel slowed down by this heretofore unutterable sentence. This act of avowal is no heroic feat; my desperation is creaturely. I spew verbal matter even when my mouth is shut. Truth is I feel savaged by language, by the History of Language, which is always-already a History of the NDN as an Endangered Animal. (“FUTUROMANIA”) 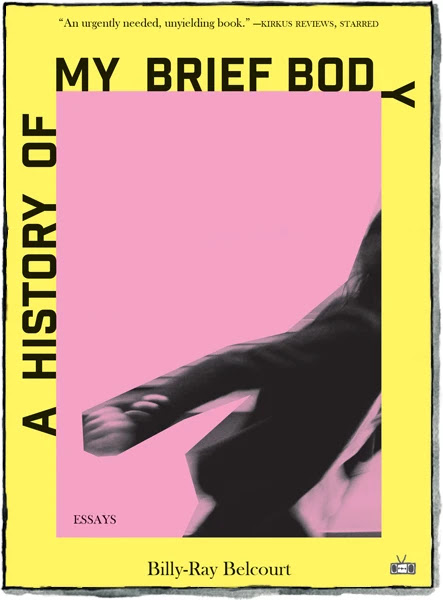 From Driftpile Cree Nation writer Billy-Ray Belcourt, Canada’s first First Nations Rhodes Scholar, comes his non-fiction debut, the rich and remarkable A History of My Brief Body (Columbus OH: Two Dollar Radio, 2020). The author of the poetry collections This Wound Is a World (Calgary AB: Frontenac House, 2017), winner of the Griffin Poetry Prize, and NDN Coping Mechanisms:Notes from the Field (Toronto ON: Anansi, 2019) [see my review of such here], A History of My Brief Body is a collection of short essays that blend lyric memoir, critical theory, life writing and confessional on his cultural and contemporary self, blended together into a commentary on grief, sexuality, gender, colonialism and the body across fourteen sharply brilliant and beautifully written essays. As he writes early on in “AN NDN BOYHOOD”: “Perhaps this pressurized orientation to memory—a body in the present—is always the case with life-writing. The writ  is called on by others to do the politically significant and ethically charged work of construction and then documentation. This is my job to report from the scene of an undead past colliding with a still-to-be-determined future.” Belcourt’s view is unflinching, writing on the cultural and sexual self and the contexts around which he emerged and exists, writing the dark underpinnings of racism and homophobia, the falterings of any coming-of-age and sexual awakenings, and the ongoing personal and family legacies of the residential school system, as well as multiple other concerns, experiences and explorations. As he writes to open the title essay: “Let’s start with the body, for so much is worn and lost, and lost and lost there.” The essays centre around the body, as the body is where everything is felt, everything ends, and everything begins. And from the foundation of the body, so too does he write on the requirements and statements around desire, and the possibilities, joys and complications of desire. And from there, his essays open into a meditative suite of incredible depth, range and complexity. As he asks early on, how does one exists in such a space of constant erasure and denial, citing experiences around his culture, his family and his sexuality? Later in the collection, as part of the essay FRAGMENTS FROM A HALF-EXISTENCE,” Belcourt offers:

I believed the quirk that made novelists novelists was an ability to say no to the world. But as a poet, I couldn’t break the habit of trying to make the world and thus my lived life into an art object. I said yes to the world again and again, sometimes to my detriment, if only to increase the volume of my selfhood, a performance of creativity I felt closer to than invention. One night in an empty bed (empty beds are for me a call to art-making in response to an imposed quietude) it occurred to me that what I wanted wasn’t to write a novel but to fall in love. Both were overwhelmingly possible, which perhaps explains why I accomplished neither.

Even as he writes on grief, there is an optimism in these essays, one that works through some dark passages, working to open up necessarily conversation on what has so often been brushed aside, including having to somehow exist, and attempt to thrive, from within an ongoing colonial violence. Remarkably complex and passionate, A History of My Brief Body is easily comparable to work by Maggie Nelson for its blend of theory and memoir, and its openness and engagement with a range of social and political inquiries, queer and cultural theory, and personal explorations around love, sex, joy, disappointment and belonging. Belcourt writes through how theory can speak to lived experience, and how lived experience can be articulated against trauma, negotiating and navigating how one arrives at the present moment, so as to be better prepared to move forward. So much of the book is heart-ripping, stunningly articulated, and utterly devastating, and the deceptive ease and straightforward matter through which he writes is startling for just how thoughtful and deeply felt this collection is, as he writes as part of “AN NDN BOYHOOD”:

I can’t blame my kin for forgetting that the form for my life’s emotional content isn’t, as one might expect, a family but an entire world, a wilderness ruled by unknowing inside which I’m a future relic. What binds us is the knowledge that it can be devastating to discover that a loved one has forfeited everything to that which you’ll never fully see yourself. To love someone is firstly to confess: I’m prepared to be devastated by you.