Cathy Park Hong said something about comedy being the art of making vomit come out as laughter. Maybe lyric poetry is the art of making vomit come out as wonder? What representations, tactical satires, or conceptual gestures need to pile up around us to destroy whiteness, and if whiteness is destroyed, to what will I react? Do you remember what Henry Watson’s body looked like when it lifted above the intersection of Florence and Normandy to kick Reginald Denny’s white head and beautiful hair? It was flying.
It is 2015, the sun is shining and the sky is behaving itself. I live near an Air Force base. Young pilots practice takeoffs and landings in A-10 attack planes, in massive carriers and fighter jets too. Of course I’m sympathetic with Palestinians and any contained and policed people in a casual way. But when I think of committing my body for the sake of anybody, I taste vomit. I guess flying feels good. I just know I don’t have to do it myself. That’s how my poem ends. But I’m trying to let the vomit go and follow that arc. (Farid Matuk) 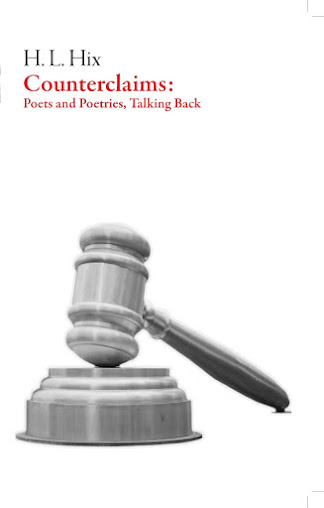 The project took shape through my posing to various persons (mostly poets and scholars) a question, and gathering the responses. The question was framed in the following way:

Surely no pronouncements about poetry are cited more frequently than these:

Perhaps each merits repetition: both are plenty provocative, and would move to rumination any reflective person. But the frequency with which they are repeated points to a problem. If sometimes familiarity breeds contempt, sometimes it breeds passive acceptance. Both pronouncements suffer from “the Grecian Urn effect.” Keats’s closing couplet in that poem (“‘Beauty is truth, truth beauty,’—that is all / Ye know on earth, and all ye need to know.”) is so catchy and has become so familiar that it carries an aura of authority, as if its truth were self-evident, as if its profundity could be simply taken for granted.

Like the Keats, the Auden and Adorno often are cited as timeless, authoritative truths about poetry, but they were made (as was the Keats) at particular historical moments, in particular cultural contexts, and from particular subject positions. But we (choose any “we” from those of us alive today) occupy various subject positions, live in various circumstances, and stand now nearer the mid-twenty-first century than the mid-twentieth. It is not self-evident that we should (continue to) defer to Auden and Adorno, so “What must or might be said now about poetry?”

In the invitation I sent to prospective contributors, posing to each that question, I described a book that “aims to create a dynamic, generative conversation about poetry, by putting each individual contributor into dialogue with her- or himself, with familiar declarations about poetry from Auden and Adorno, and with other contributors to the project.” It is the contributors themselves who, with their various, fizzy, sometimes edgy, always insightful responses, have made the book dynamic and generative. I created the structure, the container, for a conversation; they created, with their counterclaims, the conversation.

All poetries, all at once.

No before, no after, no outside.

To hear poetry, listen to poetries.

Said sequentially, heard all at once.

[I've always preferred the assertion that poetry makes nothing happen. Auden's statement simply reinforces that he so often simply missed the point.] The ways in which Hix offers his own short statements, at either end of the collection, as well as to open each section, suggests the framing for the book’s structure are closer to Hix’s own personal study over the ways in which anthologies are usually constructed. Instead of the pieces themselves shaping the potential order, it is the response as reader, writer and thinker by the editor himself, both prompting and responding to each individual authors’ own responses. The book is less a presentation of a finished theory, but the exploration of a sequence of thinking as it is developing. “It is not difficult to see, but it is difficult to honor,” Hix writes, to open his introduction, “the distinction between an aspiration and its Aspiration. Honoring the distinction matters, though, because what is lost when the distinction is lost is always the Aspiration. Reduction is reduction to the miniscule. Failing to honor the distinction, in other words, confines one to the aspiration. Counterclaims seeks to honour the distinction between poetry and Poetry.” This is obviously a massive undertaking, and a thoroughly engrossing sequence of essays, resulting from Hix’ prompting of so many contemporary writers to think further and across specific ideas on and around an engagement with poetics. As Margaret Randall writes to open her short statement, included to open the “Left” section: “I say today that I take exception to Auden’s assertion that ‘poetry makes nothing happen.’ When it works, poetry can make everything happen. Adorno’s affirmation, ten years later, that ‘to write poetry after Auschwitz is barbaric’ was not, I don’t believe, an absolute. Rather, it was a way of saying that what was perpetrated at Auschwitz was so horrendous it made evocation or any attempt at description fall short.” Charles Bernstein, opening the “Inexplicable” section, offers, among other threads: “I have nothing to say I am not saying it. I have nothing to not say and I am saying it. I have nothing to not say and I am not saying it.” (Bernstein’s statement is reminiscent, slightly, of the Nihilist Spasm Band’s infamous line, shouted, of course, by front man Bill Exley: “I have nothing to say and I am saying it very well.”)

The two “Interludes,” by American poet James Scully and Lipan Apache author Margo Tamez, respectively, are quite interesting, providing heftier counterpoints to the surrounding pieces. The responses by Scully and Tamez are included as “Interludes,” between the sections, I would suspect, in large part due to their length, being far longer responses than the predominantly half-page or page-long responses by most of the other contributors; and I suspect in-depth in such a way as to make them difficult to easily fit into a single section. As Margo Tamez’ interlude writes: “Most Americans refuse to acknowledge or learn history; and this has created a gulf. Adorno said, ‘Even the most extreme consciousness of doom threatens to degenerate into idle chatter.’ In 2009, Azfar Hussain gave a rousing poetry reading linking decolonial poetics and politics of refusal and upholding resistance against conformity and the (re)containing of Indigenous and people of color poetry within the silo of Eurocentric, North American, domination. Transgressively refusing against erasure, dispossession, and voicing a commitment to a space for empowering Indigenous poetry, Hussain’s voice and vision challenged me to address how Indigenous peoples are deeply conditioned to conform to settler colonial logics on the issue of ‘who owes who?’ Student loan debt, homelessness, placelessness, namelessness, stolen language, stolen history, and appropriated pasts—all subjugated Indigenous poetrics to a perpetual indentured ‘minority’ position.”