How do you write poems in a country like this? I asked my friend, a poet. We were at a sunny brunch spot in a gentrifying part of the city. It was one morning of a typical bad-feeling summer—record-breaking temperatures and teenagers dying in police custody. Out the window, people in bright clothes walked back and forth on the sidewalk. I couldn’t bear my own identity anymore, which was a person who noticed things and sometimes wrote them down.

I had been under the impression that art should be visionary and instructive—that its most holy function was to transform the soul of the person experiencing it, and that this transformation would lead, eventually, to the improvement of our collective experience on earth. This impression had led me to pursue a life governed by creativity. But say an artist lived, ate, slept, and worked in a country defined by violence and competition—how could they create a vision that reproduced anything else?

In other words, it was a serious question—one I’d asked myself, in recent years, nearly every single day. I imagined my friend would know what I meant—at least about the country. That it was all so brutal and garish and cruel, and that to be complicit in the cruelty, by virtue of your citizenship, was too much to bear. I thought she would agree that the impulse to be an artist could no longer be totally trusted, at least without examining what it was you were making, and with whose resources, and why. (“ART DURING WARTIME”) 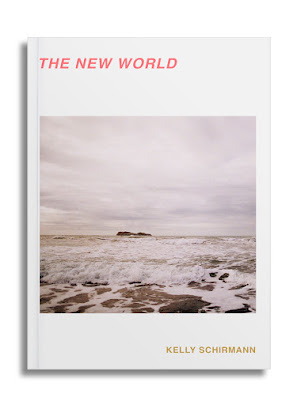 Northern Montana poet, writer, ceramicist and musician Kelly Schirmann’s latest poetry collection is the startling and stunning The New World (Boston MA: Black Ocean, 2020), a book that opens with an important, and self-directed question: “How do you write poems in a country like this?”

Through the poems of The New World, Schirmann seeks to reconcile the world, and her place in it; she seeks to write, not herself into being, but her way into meaningful living, being and potential action. “We want evidence, I guess, that the world is not cruel.” she writes, as part of the lengthy prose-suite title sequence. She writes, and even claws, her way through the dark and towards an impossibility of light. How does one exist in a culture and country considered intolerable and impossible? “When you need a new world, it’s because the old world is no longer enough. It’s because the old world, as you’ve arranged it, is trying to kill you.” She writes of and up to the mantra of becoming the change one wishes to be, but how does one realistically accomplish that? There is such an openness and a vulnerability to these essay-poems, seeking out and searching for ways in which to survive and even improve the present moment, exploring a scale simultaneously as compact as a moment, and as large as an epoch.

Fruit season is coming around slow. We buy cups of fresh vegetable juice from the grocery store and walk the empty streets of town, the dark purple stain of beets turning the corners of our mouths upward, and red. People drive by in their cars, stomped-on seeming. They edge us out of the crosswalks, chopping the air with their palms. It makes me angry, but it’s also a chance to practice. I begin to invent different ways of looking at them, looking way deep in there, through their fogged-in little windshields, into their actual faces. The purpose of these looks is to touch them, to remind them that we both exist. One of t looks says, What the fuck is your problem, asshole? Another one says, I’m sorry you don’t have anyone to help you destroy your pain.

Schirmann is also the author of the full-length Popular Music (Black Ocean, 2016) and chapbook Activity Book (NAP, 2013) and, with Tyler Brewington, Boyfriend Mountain (Poor Claudia, 2014) and Nature Machine (Poor Claudia, 2013). There are ways in which one could refer to Schirmann’s work in The New World as an eco-poetic (themes I would suspect run through her published work-to-date, although this is the first title of hers I’ve seen), in its engagement with wishing to return to a more natural state, refusing late capitalism and seeking solace in more natural climes, such as the poem “DREAM OF GEOGRAPHY,” that opens: “We were walking through the woods / on a wide path // We were brushing for ticks / That’s what you do out here // It was a scrubgrass place / but lush and green // like all of American / It absorbed my projections // that it had been waiting for me / this whole time [.]” Interviewed by Matthew Sherling on her Popular Music for Entropy (posted October 24, 2016), Schirmann responds:

I constantly wonder whether writing is actually therapeutic to me or whether it’s just an old compulsion. I think it’s probably both. I write to work things out, and that can either be cathartic or aggravating, depending on how far in I let myself go. I think within any medium, what people respond to—that non-precious vulnerability you’re referencing—is the sound of a person honestly saying what they think. It is really difficult, increasingly difficult, to say what you think, to even know what you think. We can’t hear ourselves at all. And in addition, because we are being marketed to constantly, people are starved for real information, for feeling and humanity