I give in. I don’t give in. There is a physical
choice to either give in, or not give in.

I give in, physically, but later realize that I haven’t
given in, marginally. I know I am the only one who
has given in, partially. In that I am – was – the
only person who sundered before giving in.

Where sheets assume the momentariness of a sleeping
body, the image produced is not of a body sleeping but of
my passing through an unchanged space. Not of a body
sleeping, but that which cannot leave its mark as it passes
through. The marks I leave are those of a body desiring: a
bed I have slept in, and something I have desired to ass
through. I leave this mark no longer extant – once I have
passed through. Or once it has passed through me.

I am not dissatisfied with having been momentary – that is,
being physical. I value the possibility of an end being physical.
I value the physical because when it ends I can’t follow.
Having given it, I want only to give it again. In giving it, I act
upon inevitability, forgoing all I desired to pass through. (“PEЯFACT”)

Montreal-based poet Nicole Raziya Fong’s debut full-length poetry title is PEЯFACT (Vancouver BC: Talonbooks, 2019), “a three-part series of poems interrogating the nature of experience, language, trauma, and identity.” Fong writes on being in, of and beyond the body, seeking a centre from which to find ground. “To desire,” she writes, in the title section, “is to sustain a way of living. I desire to sustain a / living whose ends are my own.” The prose poem sequences of the title section, that opens the collection, are composed out of a lyric, rhythmic breath of sentences, one that compels the ear to listen as much as the sound of it soothes. And yet, Fong’s text (throughout the collection, as well as specifically within this poem/section) moves through both the thinking and physical body, between the self and the other, between contemplation and action—occasionally paired, linked, impossibly joined and impossibly separate—writing into the periphery, exploring the between-ness of possibility.

I graze the surface of life. Life is endured, not experienced.
Were I to experience life, its exterior would no longer
induce extent. Exterior would transform into atmosphere,
daylight, rain – protective at a distance, but not absolute.

For a while the possible was at hand. 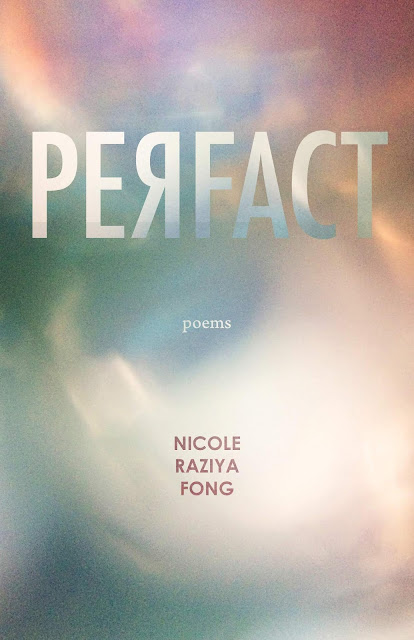 The second section exists as the text of an impossible play, staging characters such as “a prime number,” “subterranean time,” “culpability” and “neutrality” alongside “STORM,” “WIND,” “RIVER” and “STAGE,” all of whom play themselves. As the character “R,” otherwise known as “subterranean time,” speaks: “Sweet waters fold, sweet waters fold over broad banks of tamarind and teak. What appears?” In the notes she ends the collection with, she writes that this section

[…] is an attempt to enclose or lay bare trauma. Exchanges occur. These exchanges are sensorial, imagined, real. Each leaves a binding mark upon the subject. When one speaks, giving voice to the unspeakable, the mind undergoes change, the boundaries between inner and outer fragmenting before seeking a return to resemblance. The choices made in the text are meant (however imperfectly) to indicate this indeterminate porosity.

And the third section, “MINE,” is composed as a sequence/suite, a single poem-section constructed in lyric fragments. As the first section sets the foundation for her thinking, the second section pulls that apart, and providing both an abstract and something more concrete, until the third section, set not as ending but an expression of conclusion, collusion and collision, writing the bookend of the collection, as she writes: