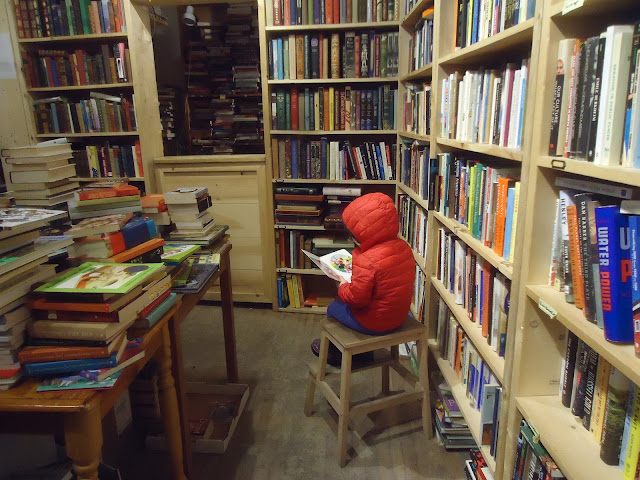 April is Poetry Month! You remembered that, right? And the Chaudiere Books blog has been posting new poems every single dayso far! Manahil Bandukwala, Joe Blades, Ian Martin, Pearl Pirie and Isabella Wang so far, with new poems still to come by Anita Dolman, Gil McElroy, Jason Christie, Karen Massey, Conyer Clayton, Michael Dennis, Amy LeBlanc, R. Kolewe, natalie hanna, Stan Rogal and Kate Siklosi (among others, most likely). And above/ground press has been producing a slew of chapbooks lately, so keep an eye on the blog this month for plenty more, including a handful of chapbooks specifically for that TEXT/SOUND/PERFORMANCE: Making in Canadian Space conference at University College Dublin, Ireland, April 25-27, 2019, organized by Gregory Betts, as well as an item of my own produced for a Marthe Reed memorial coming up at the New Orleans Poetry Festival. Supposedly a new poetry title of mine is out this season from Mansfield Press, also, so hopefully launch information will be forthcoming soon (I should have copies for the ottawa small press book fair in June, either way). What else?

Ottawa: I was very impressed that Avonlea Fotheringham’s Hussy Press, for the sake of our ninth annual VERSeFest Poetry Festival, recently produced a chapbook by German poet Katharina Schultens. The small chapbook, übersetzungen (2019), was distributed free at the event, providing her first publication of work translated into English, and was made up of poems translated by both the author and J.O. Morgan, from her untoter schwan (kookbooks, 2017) and gorgos portfolio (kookbooks, 2017), respectively. While I wasn’t able to attend Schultens’ reading, Christine did, and spoke highly of both the poems in original German and their translations. I can’t speak to the German (even if I had encountered such), but these translations are grand. I want to see more of these translations.

well i thought we killed that
but it’s everywhere

don’t you think it’s remarkable, after all those years of outrageous uniforms
star-spangled, rebellious combinations of green and gold, red, white and blue

so let’s say he’s getting ready for something

for multiplication maybe, he starts jumping, swaying back and forth,
on the stage of his convention center, and deftly, skillfully, as if he were
just breezing through the motions, he stabs multiple journalists behind the curtain
he’s fast, he pulls the bloody knife right out of his own back and starts protesting

so why does it sound hysterical if i say: this is happening
right here, among us, this is an old song and we all know its rhythm

Wolfville NS: I am fascinated by this assemblage of prose-pieces by British Columbia poet kevin mcpherson eckhoff, his CIRCADIA (Gaspereau Press, 2018), a dozen pieces each titled for a different month, opening with January. Given his penchant for collaging found sentences and phrases, I would be curious as to the construction of these pieces, which feel closer to an accumulated series of single-sentence diary entries, collected over the space of the month and assembled together. Either way, the effect is both disorienting and lovely, achieving a sense of movement both rushed and calm.

I dug up our garden. I ran. I decided that I didn’t have an active desire to die, but more like a lack of will to continue living. I was Stanley Kowalski. I made applesauce. I petted a cat. I awoke in a single bed with my 60-pound 3-year-old boy in Port Coquitlam. I watched two episodes of Luke Cage. I ate plum pie for dinner. I ordered a lager at White Spot. I lifted some weights. I gave my 3-year-old a mullet as per his request. I clipped my fingernails. I went for a hike with Laurel. I had a migraine. I ran. I went to the pumpkin patch with my boys and Laurel. I lifted some weights. I went to the library. I fed some ducks and pigeons. I hate poetry. I cried from Commercial Drive to the Port Mann Bridge. I ran. I am tired of being a dad. I carved a pumpkin. I pretended to skateboard. I felt like an anvil. I lifted some weights. I got my course assignments for the next academic year. I drank many Mike’s Hard Root Beers. I toured Batman and a lion around the neighbourhood, stealing their candy along the way.