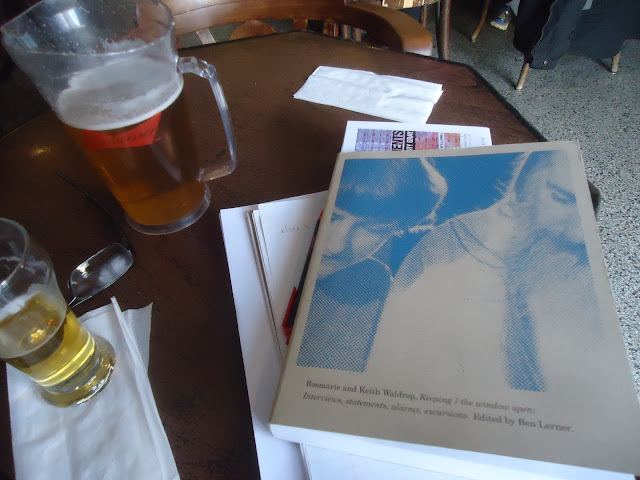 Don’t forget about the Touch the Donkey [a small poetry journal] fifth anniversary sale, yes? I’m including the past year-plus of above/ground press backlist, as well as all the Touch the Donkey back issues as part of that. And the spring edition of the ottawa small press book fair is coming! Can you believe the fair will be twenty-five years old this fall?

And I know you’re already following the #NationalPoetryMonth poems posting daily throughout April at the Chaudiere Books blog; right?

Ottawa: Produced as the fifth title in their dis/ability series is Pearl Pirie’s chapbook Call down the walls (Victoria BC: Frog Hollow Press, 2019), a gracefully-produced short selection of ten poems set in three sections: “Seeking Port,” “Twitchville to Bedherton” and “Homeward.” For this selection, Pirie’s poems focus on her body’s continued ability to frustrate, throwing off both momentum and balance, composed with the usual gymnastic flair of her language. Given the thematic selection to these poems, I would be curious to know if this selection in fact emerged from a series of other projects Pirie has been working on, or if this was composed, or even cobbled together, in such a manner. Either way, the effect is striking.

where’s the headache hid-go-seeking? align,
shoulders back, a breath in. Monkey Mind,
are you exacerbating or helping Body heal?
mmmhm, much bad, but what lungs do, is refill.
we’ll get back to you. *cut channel” OM.

you are a garbage scow to the Enterprise.
alien ship is scanning an orange beam.
yes, they register one body in distress.

we see you. recommend space walk stretch.
knee is out of commission, Captain Free.
medical replicators are down. EV suit has rips.
emergency evacuation is not in the script
site-to-site transporters are offline.
a pod of advil? antihistamines? I’m fine.

Philadelphia: From Brian Teare’s [see my review of his latest here] Albion Books comes ryan eckes’ uniquely beautiful chapbook fine nothing (2019), a hand-sewn title produced in an edition of one hundred and sixty copies. eckes’ work [seemy review of his third full-length collection here] explores, among other issues and ideas, working class labour through the lyric fragment, phrase and accumulation. His are smart poems worth comparing to the likes of the late Peter Culley, for example, for their combination of working class service and particular play with language and culture. In his 2018 interview for Touch the Donkey, he responds:

The writing has become more overtly political over time as my sense of urgency has grown. By sense of urgency I mean an awareness of time fleeting—mortality and consequent desire. Desire for justice, desire for pleasure, desire for human connection. Poetry is about living, and as we live under capitalism, which is about killing everything, writing feels like cutting through the wind, and that feels right. It’s harder to answer your second question, about the future, because I’ve never had too much of a plan and have moved through life largely intuitively. Sometimes I feel that poetry is not enough, that I should do something else entirely. Then I think nothing else makes sense to do, and I keep going.

who made you einstein, monday-face
american standard is a brand of toilet
so i just start walking on water
out of respect for pangea
trash gets picked up
i mean if you’re gonna be a nobody
have some class about it
shake up the pepsi
before you hand it to the scab
when the woodwork crawls out of you
don’t come licking my step
because your leadership pills are gone
father of the year is taking questions
quick sip delivery nods in clouds
tell self-checkout i say hi
our bus is here
crack that baby open