My notebooks are not diaries because they have no timestamps. Dating the entries would impose a structure, a sense of continuity and narrative, on the writing inside. They capture thoughts, not events; they are lyric notebooks. I’d be having thoughts anyway, but now I write them down—and knowing I might must alter the thoughts. Before I can write one, it has to become a sentence, an object with a shape. When I was seven or eight, I confessed to my mother that I couldn’t stop narrating my life back to myself; I thought it meant I was crazy. No, she said, it means you’re a writer. I’ve since gotten used to it, that layer of language like running commentary between my direct experience and the external record of it. (“Personal Data: Notes on Keeping a Notebook”)

The collected short essays that make up Denver, Colorado poet Elisa Gabbert’s The Word Pretty (Boston MA: Black Ocean, 2018) are very much a logical extension of her published books-to-date, utilizing writing itself as her thinking form in the poetry collections The French Exit (Birds, LLC, 2010), The Self Unstable (Black Ocean, 2013) [see my review of such here] and L’Heure Bleue or The Judy Poems (Black Ocean, 2016) [see my review of such here]. In The Word Pretty, her “thinking form” simply exists in a shape more familiar to a wider readership wishing to engage with her series of studies, captured in short, narrative theses on more specific topics, as opposed to her more wide-ranging and expansive book-length studies structured in the open lyric and collage of her poetry collections. Over the course of twenty-three short essays, Gabbert explores the minutae of a variety of subjects, from crying, dreams, journal-writing and “How to Be Pretty on TV,” as well as various pieces on writing and the writing process, including “What Poetry Is,” “Writing that Sounds like Writing,” “Why Read Novels?” and “The Art of the Paragraph,” as well as the essay “Aphorisms Are Essays,” that includes:

In other words, an aphorism is not a truth but a kind of test (an assay), a statement you are meant to run up against to decide if you agree. If you don’t agree, that is not necessarily a failure of the aphorism. The best aphorisms are not the most true but the most undecidable, those worth endlessly retesting. In The Folded Clock, Heidi Julavits writes of herself and her husband: “We love to take a conviction we might, for a moment, entertain, and then turn it on its head and make a joke about it. This joking is our form of the Socratic Method. Our jokes are interrogations that help us figure out what we care about, and where our faith, at the moment, lies.” (Jokes as essays.)
Twitter has made my poetry more aphoristic. Formally, it’s a platform ideally suited to the aphorism; in fact aphorisms should be quite a bit less than 140 characters. Further, you can like an aphorism even if you disagree, or aren’t sure you agree. “RT ≠ endorsement,” as many Twitter bios attest, but nor does a like imply endorsement. Some tweets, of course, aspire to literal, factual truth—those that report on science or the news, for example. But others are more like essays or poems or novels that can’t, fundamentally, be true or not true; it’s a category error. 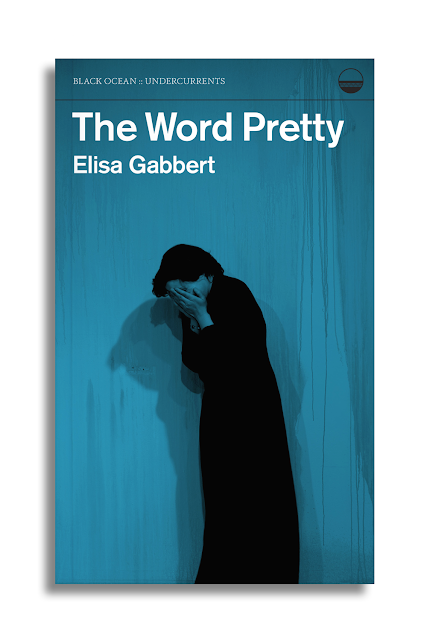 In essays that read both slightly wistful and deeply grounded, Gabbert’s incredibly precise and exploratory prose manages to get to the heart of some impossible things, giving weight to what would otherwise be abstract and even ephemeral, providing enough weight to allow her to hold in her hands and properly examine. Her text moves from fact to fact, idea to idea, and through the process, turn what would otherwise be a random assortment of information into something far greater. Compact in both form and physical book-size, this was a smart, endearing and entirely pleasurable read, and Gabbert manages to assemble what could have been a collage of thoughts and meandering into a casual series of direct lines of thinking. Through the process, The Word Pretty also presents some quite lovely and startling bits of information, including this intriguing nugget that opens her essay-quartet “The Inelegant Translation: Four Essays on Language”:

There’s an idea in linguistics that until a culture creates a name for a color, they don’t really see it as a distinct category. It builds from the anthropological discovery that languages tend to develop color terms in the same order: first, for black and white (or roughly, light and dark), then for red, then for either green or yellow and then both, then blue (and so on). They don’t invent a word for blue, the thinking goes, much less for mauve or taupe, until they need it. Color terms proliferate in a world of dyes and spectrometry.