MC Hyland, Neveragainland and The End: Part One

Lately, I’ve been going through two different titles by Brooklyn poet, editor and publisher MC Hyland [see my recent review of a collaborative chapbook of hers here], her full-length Neveragainland (Lowbrow Press, 2010) and the chapbook The End: Part One (Magic Helicopter Press, 2017). Given these two titles have seven years between them, the counterpoint is curious (and in certain ways, any comparison can’t be helped). Neveragainland exists as a collection constructed from short lyric poems and prose poems set in three sections, with an opening poem: “Diegetic,” “I: The Parade of Brightly Colored Flags,” “II: Residential, As In” and “III: Ballet Mécanique.” Propelled by the lyric fragment, the poems here are lyrically dense, and incredibly precise, such as the extended lyric sequence “RESIDENTIAL, AS IN,” that includes:

if reticent, then provident
if repentant, then ascend

if exhaustion, then lightning
if therefore, then breathe

if hostage, then Texas
if pharmaceutical, then substitute

if human, then undering
if abject, then bells 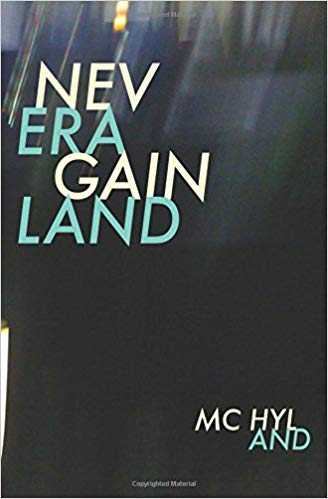 The End: Part One is a curiosity for a couple of reasons, including the fact that it was produced as a softbound book, nearly fifty pages (fitting the UNESCO definition of “book” over, say, “chapbook”), but limited to an edition of one hundred copies. Her project, “The End,” exists as a sequence of prose poems each titled “The End,” something similar to works by Noah Eli Gordon, including his collection The Source (New York NY: Futurepoem Books, 2011) [see my review of such here] and more recent Is That the Sound of a Piano Coming from Several Houses Down? (New York NY: Solid Objects, 2018) [see my review of such here]. A striking difference, from Gordon’s work, for example, is how the sequence of Hyland’s prose-poems are broken up by the occasional “response,” each seemingly written by a small handful of other poets. “Finally, I should add that these poems often deal with conversation not only as a source of nourishment,” she writes at the back of the collection, “but also of (to borrow Sianne Ngai’s book title) ‘ugly feelings.’”

What did your vocabulary really do to you. Turn off your phone. Some things I think of as outside and inside that might be only ambient. Hissings and clanks. One light box to another. Summertime sadness in a crowded restaurant. The internet is down again. Is this a poem or a diagnosis. Lauren’s going to the party as a very sexy doctor. Drop everything and read Joe Brainard. The second old-fashioned made me puke on the tiles. I bought her the t-shirt. Looked at all the photographs. Is it always gray or do you only write when it’s gray. Infant-sized noise-cancelling headphones. Friendship unclarified by the conditions of city life. Walking by an unnamed river in France. Knowing in advance how the collaboration will sour. Difference between a poem and a conceptual art piece. No one wants another disposable tote bag. Another sink full of dishes waiting when you get home. I’m looking for when Wordsworth has friends. Some things get spatialized as a last ditch at understanding. You finally said you liked not living there. Great ambitions for future walks and work hours. Would you look at me that way if I went to your event. 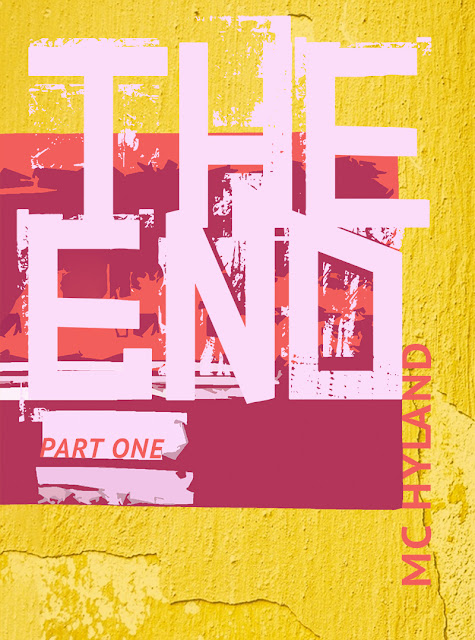 If Neveragainland is propelled by the lyric fragment, The End: Part One weaves her epistolary prose poems with the lyric essay, attempting a call-and-response with her reading, her environment and her friends. Further in the notes at the end of the collection, Hyland writes: “While these poems started as an attempt to find a form through which to think about all the challenges of living in New York and starting a PhD after a long break from both the East Coast and this kind of reading-intensive academic setting, they ultimately ended up taking me in a different direction: an attempt to think about the role of feeling in forming and re-forming an aesthetic and political consciousness.” Compared to Neveragainland, the work in The End: Part One hasn’t the density of those shorter poems, displaying a curious looseness that is quite striking, and yet, doesn’t hold itself together nearly as well. The work here is more expansive, more mature and far more ambitious than Neveragainland—exploring the form of the book-length lyric in a way that genuinely requires a great deal of risk, but feels a bit at the beginning of the project (which is, I suppose, why it appears in a limited edition title as opposed to something with a larger and wider distribution). The irony of The End: Part One is that it does feel at the beginning, although at the beginning of something quite grand.

A larger version of The End is forthcoming with Sidebrow in 2019, and I’m looking forward to seeing how the project has progressed.