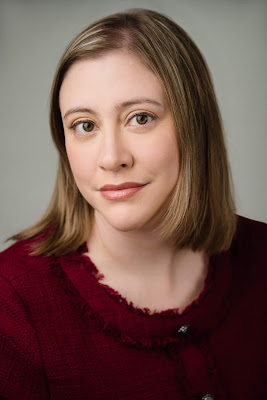 Erin Hoover’s [photo credit: Kira Derryberry] poetry collection, Barnburner, was selected by Kathryn Nuernberger for Elixir Press‘s Antivenom Poetry Award and will be published October 1, 2018.  Her poems have appeared in The Best American Poetry, Best New Poets, and in journals such as Prairie Schooner, Narrative, Alaska Quarterly Review, and Pleiades.  She lives in Tallahassee, Florida.

This is her website.  The book is available here.

It’s been exciting to be able to present the work in a way where the poems can speak to each other.  In Barnburner, which is very narrative, I’m not only talking about craft as much as subject matter. For instance, how does a poem about the destruction of the Appalachian natural environment connect to a poem about waking up on the sidewalk after getting rufied at a bar in New York City?  I know putting together Barnburner taught me something about what my “concerns” are.

I’m looking next to deal less with personal narrative and more with the relationship between the individual and institutions, like health care, education, government—mainly because I’ve had a daughter as a single parent by choice and I have been thinking a lot about how institutions see my family and how we interact with them.

Like, if Barnburner is a particularly harsh female coming-of-age story, now this is where I’m going to interrogate the patriarchy that formed those experiences.

Growing up in a rural environment, I was blessed with both utter boredom and relative isolation, which made me into an observer. The other thing I should probably mention, which will be familiar to readers of Barnburner, is that I came of age in a very conservative place. For me, poetry has been an act of re-vision, per Adrienne Rich.  I think narrative can be especially powerful for those who stories have been pushed aside.

I don’t take notes, but I do a ton of revisions.  It can take me 10 years to write a poem.  There is a poem in Barnburner that was in its early versions 15 years ago. I think most of my poems probably have a thesis, but they don’t begin with one.

Usually poems come out of something that’s been bothering me.  For instance, when I was in college—actually, I was on a break from college, working at Blockbuster video and waitressing—I was invited to party where a bunch of people, all members of the same church, tried to convert me.  Weird, okay, but why is this important? Aside from throwing my speaker into that party setting in “Conversion Party,” there are two other scenes, one where as a little girl she’s counting the collection plate with her father, because of course she grew up religious, and one where she’s accused of stealing from the register at work.  As I was writing the poem, these scenes expanded and contracted until they felt in balance, until I was able to build what I wanted to say through connections between the images and scenes.  I realized that what I was interested in was expectation, in ordering as a form of expectation, and religion as a kind of ordering.  The poem helped me understand this.

It would be nice to say I’m working on a book from the very beginning, for the purpose of grant narratives and job applications.  But I think that finding a poem’s form and subject matter though the writing process is like taking a break from how painfully organized I am in most areas of my life, and the same goes for making a book.  I once went as “Negative Capability” for Halloween, so I’m that sort of person.

I love doing readings! I also love the sound of poetry and hearing others read, in person or by listening to recordings or watching YouTube.

I’ve learned that some of my poems work better on the page or screen. For instance, you read a poem of mine in Queen Mob’s Teahouse, “Takedown,” which deals with the difficulty of being young and female on the Internet in its early days.  In places, that poem appropriates abusive language. Young women who have been trolled online have told me that it comes closest to evoking their experience as anything they have read.  But is it fun to read out loud to a crowd of strangers?  Not really.

The epigraph describes the origins of the word ‘barnburner’: the farmer who burns down his barn to get rid of the rats.  I intended to signal the emotional “fuck all” that cuts across many of the poems in Barnburner, at least on the surface. Americans see this in our politics, of course, where the only way to demonstrate a belief is by one’s willingness to be annihilated for it.  The book is attempting a kind of badass pose in that way, while admitting the swagger is hollow.

Among many other things, Barnburner is concerned with work that is meaningless—I have certainly put in the time doing that work—and the creeping sense of isolation in our communities, even as so many of us yearn to connect.  It has feminist concerns, with poems explicitly about struggles with reproduction and rape culture.  It tries to talk about whiteness.

What I hope people also see, too, is that these poems believe not only in conflict, but in kindness and generosity.  I was trying to have my daughter when I was writing Barnburner, and I dedicated the book to her.

“Held between wars / my lifetime / among wars, the big hands of the world of death / my lifetime / listens to yours” – thus begins Muriel Rukeyser’s poem, “Kathe Kollwitz.”

I have learned that high-caliber poets fool themselves with high-caliber bullshit. I needed to find that person who could be a good reader for me, who understood my project, and who would call me out.  I took this person at their word and rewrote the poems. Erin Belieu read maybe five or six versions of Barnburner, poem by poem.  I am trying to do more of this work myself, without an editor, but I will always need a reader.

James Kimbrell saw an early version of my book and told me that the first five or six poems each had the same curse word in them.  I realized that though I hadn’t intended to do that, this is what a reader would see.  Sometimes, notice the obvious thing.

I am a creature of routine, but I try to keep routine out of my writing.

I keep notes with ideas on my phone. Letting my mind wander while I’m thinking about something else is generative for me, and I need let myself off the hook sometimes—it’s okay to capture an idea and then pursue it later.  I get the best ideas when I’m driving (and write them down at red lights) or when I’m riding a train or plane.

There are two books I tend to pick up, and I feel like I learn something every time I do—James Kimbrell’s Smote and Cate Marvin’s World’s Tallest Disaster.  Both are Sarabande books, by coincidence.

I also a big fan of trying not to think about the poem and then returning to it in a little while.

Wet hot asphalt.  I must have spent a lot of time playing in parking lots on very hot summer days.

I have poems in Barnburner that come from each of these areas.  For instance, in “Science Fiction: A Love Poem,” I talk about crustacean biology, heroin, artificial intelligence by way of Catherynne M. Valente’s Silently and Very Fast, a poetry feature in Asimov’s Science Fiction, and Wittgenstein’s philosophy of ordinary language.

This is kinda twentieth century, but I haven’t gotten over Ray Bradbury’s Martian Chronicles.  I hope readers will feel some of his brand of bittersweet apprehension when they read Barnburner.

Since I grew up in a place stepped in Pennsylvania Dutch culture, I’ve read John George Hohman’s book of folk magic, The Long-Lost Friend. The cover of Barnburner is a spin on the traditional hex sign created by Seana Carmody.  We worked together on the design.

I’d like to attempt a book of nonfiction, not a memoir, but a researched work.  I’m interested in failed American utopian communities, so maybe I’d write about that.

I would have liked to be a fertility doctor.  Having kids with the help of one, as I did, can be harrowing.   You have to be made of steel to do it.   It would be inspiring to work with people on that path.

Growing up, I was competent at many things, but not truly excellent at anything.  I can’t say that I am excellent as a writer, but I’ve wanted to try harder at it than anything else.

Last time I answered this question, I was in a job interview, and the interviewer responded with, “But you don’t write like him at all!” I take this question to mean, what thing did someone else make that you are in awe of?  For poetry, the book is Monica Youn’s Blackacre.  And, this is not new, but the last film I saw that I loved was M. Night Shyamalan’s The Village.

Mostly publicity for Barnburner. But before too much time goes by, I’m going to have to write about my daughter.

Posted by rob mclennan at 8:31 AM
Labels: 12 or 20 questions, Elixir Press, Erin Hoover