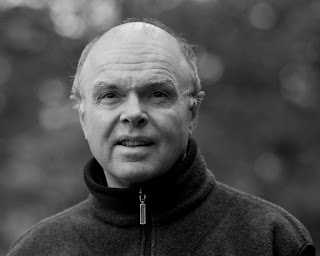 Tim Lilburn was born in Regina, Saskatchewan. He has published nine books of poetry, including To the River (1999), Kill-site (2003), and Orphic Politics (2008). His work has received Canada’s Governor General’s Award (for Kill-site), the Saskatchewan Book of the Year Award and the Canadian Authors Association Award among other prizes. A selection of his poetry is collected in Desire Never Leaves: the Poetry of Tim Lilburn (Wilfrid Laurier University Press, 2007). Lilburn has produced two books of essays, both concerned with poetics, eros and politics, especially environmentalism, Living in the World as if It Were Home (1999) and Going Home (2008). His poetry has been translated into Chinese, Spanish, Polish, French, German and Serbian. His most recent book is Assiniboia (2012), an opera for chant in three parts, sections of which have been choreographed and performed by contemporary dance companies in Canada, notably Regina’s New Dance Horizons. He recently collaborated with Edward Poitras and Robin Poitras of New Dance to produce the opera/dance “House of Charlemagne” on the life of Honore Jaxon. A new poetry collection, The Names, will appear spring, 2016. He teaches at the University of Victoria. He was elected to the Royal Society of Canada in 2014.

He was writer-in-residence at the University of Alberta during the 1999-2000 academic year.

Q: When you began your residency, you were the author of a small handful of books. Where did you feel you were in your writing? What did the opportunity mean to you?

A: When I went to the U of A, I had published five books, Names of God, Tourist to Ecstasy, From the Great Above She Opened Her Ear to the Great Below, and To the River, all poetry, and a collection of essays called Living in the World As If It Were Home. I was a little at an impasse in my work; I wanted to do something different, to make a shift in how I came at things. The year in Edmonton, working in the writer-in-residence program, gave me a break from my usual life and a freedom to take a good look around. I started writing some of the poems that made up Kill-site during that time.

Q: What was the impasse you were attempting to reconcile? Was it a shift in tone, or the line, or something else?

A: I wanted to find a way to get more political and philosophical content into a poem, without completely breaking out of the lyric gesture, like I had seen mid Nineties poets in Beijing do. To come to something bulkier, more spreading, but still with a driven music and compelling turns.

Q: Looking back on the experience now, how did your University of Alberta experience compare to those other residencies?

A: I remember that year in Edmonton fondly. The department gave me a warm welcome. I had an apartment on Saskatchewan Dr., about a thirty minute walk from the university, near the farmers’ market, a jazz club and a couple of good bookstores, which may no longer be there. The residencies at Western and the RPL were also great, open spaces to think about my work outside my normal routine. I enjoyed talks with Kristjana Gunnars, Bert Almon, Doug Barbour and Greg Hollingshead, long walks by the North Saskatchewan, Oilers games.

A: I visited numerous classes during my year in Edmonton and met, one-on-one, with many students, poets, prose writers, playwrights. Audrey Whitson stands out among those I consulted with. She was working on a manuscript, which was eventually published as Teaching Places, an important book, and one that I have used in my own teaching. I enjoyed that people from outside the university community, like Audrey, came in to see me. I remember people coming from as far away as Hinton. The city and region had embraced the writer-in-residence program and used it. I also taught a weekend non-credit poetry workshop, and I recall writers like Erin Michie from those sessions.

A: Well, the landscape was very much my own then. I was living in Saskatoon in those days. I liked to get out to a nice series of trails near Camrose, prairie, ponds and sloughs. That would be a good Sunday outing. Then there were the river trails.

I enjoyed the vital poetry scene in the city, The Stroll of Poets, in which Alice Major was deeply involved, readings at the university. I spent quite a bit of time talking to Tim Bowling and Ted Blodgett about poetry in general.

Edmonton was a great book store city back then, but I don’t know what that scene is like now. Book stores seem to evaporate rather quickly. Long afternoons grazing away at Greenwoods.
Posted by rob mclennan at 8:31 AM
Labels: McClelland and Stewart, Tim Lilburn, University of Alberta, Wilfrid Laurier University Press, writer-in-residence