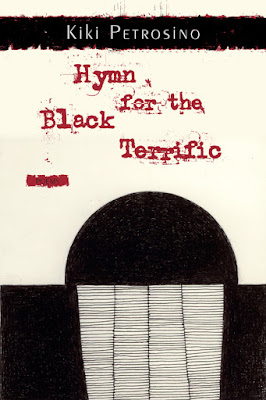 Given our new baby distractions, I thought it might be worth going back through the past few months and acknowledging the books over the past two years-plus that I started to review, but, for whatever child-related reason, I wasn’t able to complete as a longer, full-sized review. Here are some notes, if not even regrets, on a couple of books that I wish I’d more time and attention to properly discuss (as they each, obviously, deserve).

Kiki Petrosino, Hymn for the Black Terrific: American poet Kiki Petrosino’s second trade poetry collection, Hymn for the Black Terrific (Louisville KY: Sarabande Books, 2013) is part of a vibrant, aural tradition of poetry that can’t help but lift itself from the page. Her poems run the range of questioning, arguing and speaking clearly, and are best experienced out loud, in a collection where her voice is clearly there, inside your head. This is truly a remarkable collection by a remarkable poet. 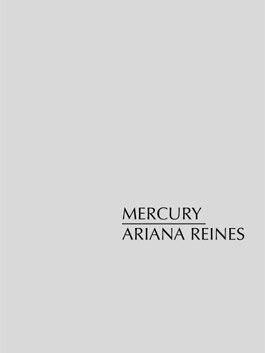 Ariana Reines, Mercury: There aren’t that many 240 page-plus contemporary poetry collections, but American poet Ariana Reines manages such for her third trade collection, Mercury (New York NY: Fence Books, 2011). The author of The Cow (Alberta Prize/Fence Books, 2006) [see my review of such here] and Coeur De Lion (Fence Books, 2007), Reines’ Mercury, with its silver reflective cover, is an expansive, sexual, highly charged and even perverse collection, collecting five incredible sections: “LEAVES,” “SAVE THE WORLD,” “WHEN I LOOKED AT YOUR COCK MY IMAGINATION DIED,” “MERCURY” and “O.” There is something about Reines’ new collection I haven’t seen in serious poetry before, that level of personal, physical and sexual openness, and the text rocks with a physical urgency that propels the poem forward. Her second section, “SAVE THE WORLD,” is composed as an essay/rant against the film The Watchmen (2009), and its conflation of sex and violence, as she writes:

This movie is about evil
What its woman wants
Is love and respect
She does not care that the world is ending
And that the superhuman man is trying to save the evil world
For humanitarian reasons. He is not paying attention to her.
She wants love
And respect.
She wants his thoughts. 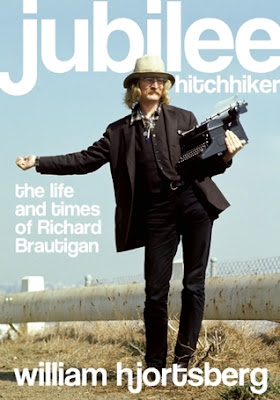 Jubilee Hitchhiker: the life and times of Richard Brautigan, William Hjortsberg: After years of rumours, William Hjortsberg’s incredibly detailed biography of the late American writer Richard Brautigan was released a few years back, the 852 page Jubilee Hitchhiker: the life and times of Richard Brautigan (Berkeley CA: Counterpoint, 2012). And, after three long months, I have finally finished reading it. In Hjortsberg’s biography, the detail is absolutely incredible. In working up to talking about Brautigan’s association with the hippie period of Haight-Ashbury, a whole chapter is dedicated to providing a backdrop, with the same treatment given to the earlier period of the Berkeley Renaissance. Brautigan managed to become a leading figure in American writing [see a recent piece I wrote on his work here], called “the last of the Beat poets,” connecting the beat writers to further literary and cultural movements, including the Diggers and Hippies (he was part of the former, but less the latter). One of the most striking, and thoroughly-researched, biographies I’ve read, this is a fantastic biography of an American writer often dismissed by serious readers unable to read past the surface elements of his ‘hippie-surrealism,’ misunderstanding the depth of his work, and the place he should hold as one of the most original American writers of the second half of the twentieth century.
Posted by rob mclennan at 8:31 AM
Labels: Ariana Reines, Counterpoint Press, Fence Books, Kiki Petrosino, Richard Brautigan, Sarabande Books, William Hjortsberg