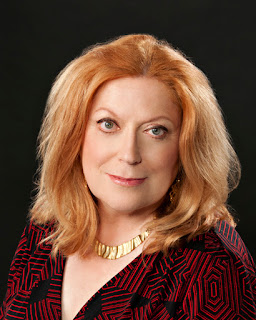 Caterina Edwards’ latest book, her sixth, is a literary noir called The Sicilian Wife. Her previous book Finding Rosa: A Mother With Alzheimer’s/ A Daughter’s Search for the Past won the Writers Guild of Alberta Award for Nonfiction, the Bressani Prize for Writing on Immigration, and was shortlisted for the City of Edmonton Book Prize. She has also WGA Award for Short Fiction for a collection of stories The Island of the Nightingale, and the Edna Staebler Award in 2013 for her personal essay on Moldovian migrant workers. Her play Homeground was shortlisted for the WGA drama prize and the docudrama The Great Antonio was chosen to represent Canada in an international radio competition. Caterina Edwards: Essays on Her Works was the first book published in Guernica Editions Series on Canadian Writers.

She was writer-in-residence at the University of Alberta during the 1997-98 academic year.

A: When I began the residency, I was feeling frustrated as a writer. I had published a few books, but like many writers, I felt my work was not getting the recognition it should. And in the mid-nineties, everything I sent off to literary magazines and publishers was being rejected. I am still not sure if it was the times or simply bad luck. A book of short stories was about to be printed when the publisher and I had a disagreement, and he stopped the publication. I grew discouraged and depressed. Being asked to be the writer-in-residence at the University of Alberta helped to restore my confidence in myself as a writer. It also gave me precious time to concentrate on my writing. During that year, I began my nonfiction book, Finding Rosa, which eventually took me to another level in terms of both recognition and depth of writing.

So the opportunity meant a great deal, and I am still grateful.

Q: The bulk of writers-in-residence at the University of Alberta have been writers from outside the province. How did it feel as a University of Alberta graduate to be acknowledged locally through the position? Given you were returning to familiar grounds, were you influenced at all by the landscape, or the writing or writers you interacted with while there? What was your sense of the literary community?

A: I did feel honoured to be asked to be writer-in-residence at the University of Alberta. I had visited several of the early writers-in-residence for advice on my own writing. I remember Matt Cohen, the first WIR, as being particularly helpful. Later on, I was on campus working as a sessional and teaching creative writing courses. I even had an honours student, Sean Stewart, who did a seminar on the novella with me for his senior project. (He wrote one.) During that time, I got to know many of the WIRs: Marian Engel, Sam Selvon, Elizabeth Smart, Di Brandt, David Adam Richards, and more. I learned much about the literary life and the literary scene from casual conversations over a coffee or at a social events. So I benefited from that access too.

I can’t say that I was influenced by other writers on staff when I was WIR. It was a difficult year, since both my parents fell gravely ill. I didn’t have much hanging around time. But certainly I was influenced by the two writers on staff when I was a student: Rudy Wiebe and Sheila Watson. Their work taught me that you can, and perhaps should, write about this city and this province. (Make this place real.) And they taught me the writing life was difficult, serious, and important.

A few years ago, past U of A WIR were asked to write essays on mentorship for an anthology. I called mine “The Habit of Mentoring,” and I wrote about Sheila Watson’s influence, positive and negative, on my writing self. I realized this year the anthology wasn’t ever going to be published – so I gave the essay to a new anthology, Sheila Watson: Essays on Her Works.

A: My time as writer-in-residence at the University of Alberta allowed me to work on several projects. I completed a short story that was published first in a magazine, then four years later in an anthology. It will appear again in a new anthology in 2016. I did half of a draft of a novel that was then put aside. I didn’t begin working on it again until 2010. It was finally published this year, 2015. (But it was named #55 in The National Post best 100 published books of 2015.)

Finally, and most significantly, I began both taking notes and researching for my creative nonfiction work Finding Rosa. This became a massive undertaking. I uncovered suppressed history and untold stories through extensive interviews with former Istrian-Italian refugees all around the world. The novel I am currently writing (The Bone-Collector’s Daughter) was inspired by one of the stories I uncovered during that year.

So I both wrote new work and expanded my repertoire by embarking a new genre (creative nonfiction).

Q: Were you interacting with any other non-fiction writers while in Edmonton, whether Myrna Kostash or Ted Bishop?

A: Yes, I was interacting with both Myrna Kostash and Ted Bishop. They both encouraged me to experiment. And we did discuss the genre. Myrna, in particular, suggested writers to read, such as Ryszard Kapuscinski and Patricia Hampl.

But I forgot to mention that one of the reasons I turned to creative nonfiction was that I co-edited with Kay Stewart, two books of life writing by women: Eating Apples: Knowing Women’s Lives and Wrestling With the Angel. I was working on the latter book during that year I was WIR, choosing essays for the anthology, prior to editing them.

Kay Stewart had a position in the Department of English then and specialized in teaching the writing of nonfiction. Kay encouraged me to read feminist nonfiction writers, such as Mary Carr, Terry Tempest Williams, and Maxine Hong Kingston, so she definitely influenced me.

A: I did at least two readings on campus and the turnout was good. As far as I can remember – and it was a number of years ago – I wasn’t invited to visit any creative writing classes. However, I was invited to go to one class that happened to be studying one of my essays. (It was in a textbook.) I can’t remember any students coming for a consultation, though some staff certainly did, most of whom were sessionals. I was kept busy responding to the work of both aspiring and emerging writers in the community. I remember four writer in particular. They stuck in my mind, because of the quality of their work. I became a mentor to one of them. She went on to publish stories and essays in anthologies and literary magazines. Another had already published a couple of books of poetry and came to consult about a memoir she was writing. The third was also writing a family memoir. A couple of weeks ago I came across mention of the fourth, Michael McCarthy. He told me he wrote poetry and had published some but wanted my reaction to a series of stories inspired by his childhood in Ireland. I told him the stories were terrific, but there was so many amazing writers writing those kind of Irish tales. Perhaps, I said, he should stick to poetry. Michael McCarthy’s name came up in The Guardian. They had asked a number of prominent writers for their favorite books of 2015. Hillary Mantel had chosen McCarthy’s The Healing Station.

So – did I give him good advice? Or stifle a potential great prose writer?