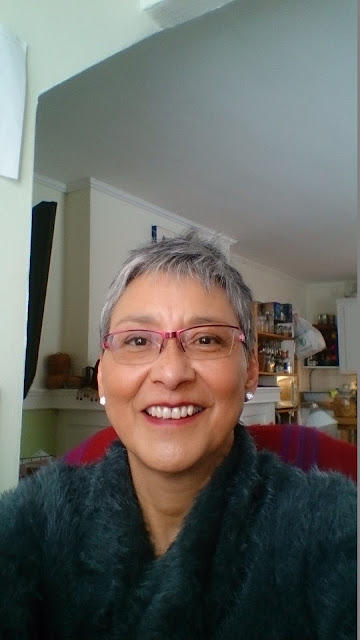 Marilyn Dumont’s first collection, A Really Good Brown Girl, won the 1997 Gerald Lampert Memorial Award presented by the League of Canadian Poets. This collection is now a Brick Books Classic 2015. Selections from this first collection are widely anthologized in elementary, secondary and post-secondary literary texts, and is now in French translation from Les editions Hannenorak Press. Her second collection, green girl dreams Mountains, won the 2001 Stephan G. Stephansson Award from the Writer’s Guild of Alberta. Her third collection, that tongued belonging, was awarded the 2007 McNally Robinson Aboriginal Poetry Book of the Year and the McNally Robinson Aboriginal Book of the Year. The Pemmican Eaters – her newest collection – is published by ECW Press, 2015. Marilyn has been the Writer-in-Residence at the Edmonton Public Library, the Universities of Alberta, Brandon, Grant MacEwan, Toronto-Massey College, and Windsor. She has been faculty at the Banff Centre in programs such as Writing with Style and Wired Writing and she has advised and mentored in the Aboriginal Emerging Writers’ Program. She serves as a board member on the Public Lending Rights Commission of Canada, and freelances for a living.

She was writer-in-residence at the University of Alberta during the 2000-01 academic year.

A: When I began the residency, I felt very much like a novice and was quite anxious returning to my old English Department. The opportunity was a total surprise to me and as a young writer, I welcomed it because it affirmed my identity as writer.

A: Previous to my time as WIR at U. of A, I had lived in Vancouver while doing my MFA, and returning to Edmonton provoked a profound sense of coming home, not only to a recognition of Metis culture and history, but I felt like I had come home to the light of the prairie which I had forgotten about.  I had also returned to a place that held my personal history and the history of many more Metis whose history like mine was resting quietly below the Eurocentrism.

A: I felt like I was in a period of gestation for a collection focusing on the resilience and resourcefulness of Aboriginal women.

A: Since it was my first residency, I stayed within the conventions of Writer in Residence of keeping office hours and public readings. But I do recall, an incident with a young Aboriginal woman who broke down in my office. We were discussing her writing , and she just started crying. I’m not sure if either of us knew why she was crying, but I comforted her the best I could and then she was gone into the crowd of students traversing campus. Over ten years later she recounted that story to me and I recognized her. In the interim years I had forgotten what the young Aboriginal woman sitting in my office looked like, and this woman was now in my circle of friends but hadn’t known it. I do remember feeling sisterly whenever I’d see her, but it’s strange how life repeats itself.