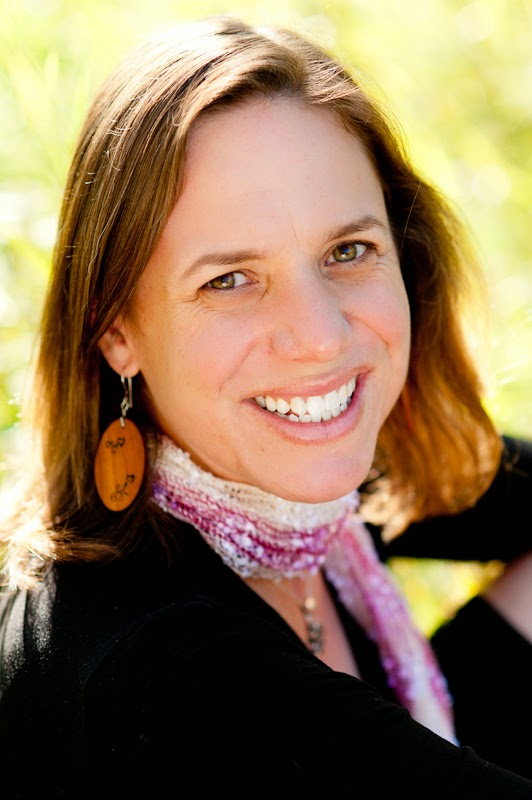 From early April to early June, I’m featuring short interviews with the authors of the six shortlisted titles for each of the three awards run through The League of Canadian Poets – the Raymond Souster Award, the Gerald Lampert Memorial Award and the Pat Lowther Award. Today’s feature is Calgary poet, teacher and performer Juleta Severson-Baker, whose book Incarnate (Calgary AB: Frontenac House, 2013) is on the shortlist for the 2014 Gerald Lampert Award. See my previous Gerald Lampert Award shortlist interviews with Laurie D. Graham, Murray Reiss, Jordan Abel and Julie Joosten. The winners to all three awards will be announced on Saturday, June 7, 2014 at The League of Canadian Poets 2014 Annual General Meeting in Toronto.

Juleta Severson-Baker is a born-and-raised Calgarian. She has taught drama and speech arts for 21 years, worked as a birth doula and has recently begun a new career answering 911 calls. Incarnate is her first full-length manuscript. It is short-listed for both the Gerald Lampert and W.O. Mitchell book prizes.

1. Incarnate is your first trade collection of poetry. What was your process of originally putting the manuscript together, and how long did it take? How do you feel your concerns as a writer has developed over the space of starting the collection to finally seeing a finished copy at your front door? How do you feel the work, and even the process of writing, evolved?
The poems in Incarnate were written over a five-year period. I was very lucky that Micheline Maylor, my editor at Frontenac House Press, put a huge amount of energy into helping me shape the manuscript. I adored working with her. We had some intensely creative sessions together with my poems taped up to my kitchen wall, working on the order of poems and finding a rhythm to the collection. Her vision was to find a kind of breath to the book - to have the poems that are earth-bound balanced by the airy ones and the poems that are long and visually dense on the page to be balanced by short, visually wispy ones. I think there are also thematic threads through the book that one can pick up early in the manuscript - elegies for my mother, experiences of birth and miscarriage, a wrestling with mother nature herself - that return 3 or four times each through the whole book. I also tried to structure the book so the poems become more structurally complex as the book goes along. The process of learning to see my work in book form took about a year to complete.

2. Who do you read to reenergize your own work? What particular works can’t you help but return to?
While writing Incarnate I was deeply immersed in Robert Hass and Czeslaw Milosz. I also read a lot of Louise Gluck. The american poet Marcia Falk inspired me a great deal. The poets from my earliest inspiration that I return to over and over include TS Eliot, Hopkins, Sharon Olds and Patrick Lane. Often that re-energizing sense you speak of comes from reading the newest of the new work of my friends in the Calgary writing community. Dymphny Dronyk's work is so soulful it makes me cry. Rosemary Griebel can capture our city in a way no one else can. Joan Shillington and Bob Stallworthy write with insistently unique voices and they are brave enough to write what is true. Their poems and their process energize me when I am stalled out.

3. You’ve lived in Calgary for quite some time, and I’m curious as to how the community of writers around you, as well as the landscape of Calgary, have contributed to your work. Do you think you might have been a different kind of writer had you lived in another part of the country?
Certainly being a member of Richard Harrison's Thursday poetry workshop has shaped my writing profoundly. The reader-response theory we use to offer feedback to one another accelerated my learning as a poet to a great degree. I'm glad for the co-incidence of living in Calgary and joining Richard's group when I did. My life-long obsession with the prairie landscape finds its way into my poems. I live in the city but my body feels very close to the dry grasses, the windy coulees and all the natural energy of Southern Alberta. I am a poet whose words begin in the sensual body, and a person whose body aches to be close to the very elements of the ecosystem around it, so I suppose if I lived in another part of the country my imagery would be drawn from other ecosystems.

4. In Harold Rhenisch’s review of Incarnate in Arc Poetry Magazine, he speaks of your poems being very physical. How do you feel about this description? Given your history as a performer, how much might you consider writing (or even performing) to be a physical act?
For me writing is as physical as breathing, as physical as the discovery an actor experiences while choosing blocking on-stage or while experimenting with different ways of speaking their lines. I am a runner too, and writing a first draft of a poem is just as physical for me as running - the breath is involved, sense memory is involved, trust is involved (something beautiful or meaningful or new will emerge on the page, just as tired legs will carry me as far as I set out to run). Editing is more intellectual.

5. What do you feel teaching has brought to your writing and writing life? Or are the two entirely separate?
All my years of teaching drama and the performance of poetry gave me the ability to listen carefully. I use that process of "tuning in" when I am writing - but instead of listening to what is going on in a student's voice or in their mind, I am listening to what is going on in my voice and my mind.

6. Literary awards have been known to shine spotlights on individual works and authors, as well as writing generally, but has also sometimes brought with it a particular kind of pressure, and a frustration for those works overlooked by awards. As a writer, reader and, now, shortlisted writer, what are your feelings on literary award culture generally?
I came to the writing community slowly. I spent a long time in the theatre community and felt the tensions of competitiveness between actors, the constant need to sell oneself, and all the schmoozing one had to do were very distracting from the joy of the creative process. Then I happily cocooned myself in my teaching studio and gave my main creative energies to my students. When I started taking the writing of poetry seriously, about 8 years ago, I had zero knowledge of the literary community and no interest or ambitions to become a part of it. I was writing for the pure creative satisfaction of it. Slowly though I have begun to learn more about the writing world - it's people and processes. As a reader I quite enjoy the award culture - prizes do shine spotlights on writers that I may otherwise not have known. Finding myself on the Gerald Lampert short list was a complete surprise. I am happy for Micheline Maylor and Frontenac House for any recognition this award short-listing can bring to their dedicated support of new Canadian poets. And I feel gratitude that the jury took the time to read my book closely. I am determined, though, to keep my energies focussed on writing new poems.
Posted by rob mclennan at 8:31 AM
Labels: Frontenac House, Gerald Lampert Memorial Award, interview, Juleta Severson-Baker, The League of Canadian Poets