Winnipeg poet, editor and critic Dennis Cooley’s new poetry collection, abecedarium (Edmonton AB: University of Alberta Press, 2014) is an expansive play of puns and train-of-thought sound play constructed through an exploration of a variety of subjects, including the history of the alphabet, references to the works of writers such as Robert Kroetsch, George Bowering and Andrew Suknaski, prairie histories, crows and what the ear hears, and poems that simply appear to propel narratively through and against the sounds of the words themselves. Throughout abecedarium his references are rich and varied, such as the poem “a long funny book,” that opens with a reference to Vancouver writer George Bowering’s novel A Short Sad Book (Vancouver BC: Talonbooks, 1977), which itself played off Gertrude Stein’s A Long Gay Book (1933), as Cooley writes:

George’s was not.
You could tell
it was.

I’m telling you George
& it isn’t
funny. Funny he sd
you shld
say that.
That’s true
that’s what
I said. 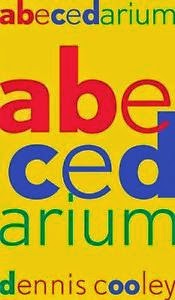 Cooley’s poetry collections over the years have each shaped themselves around a central idea or theme, from the play and punning around the physical landscape of the prairies, hearth and home of his correction line (Saskatoon SK: Thistledown, 2008) to his play around the histories of Manitoba outlaw John Krafchenko (a book heavily influenced originally by Michael Ondaatje’s The Collected Works of Billy the Kid) in Bloody Jack (Turnstone Press, 1984; Edmonton AB: University of Alberta Press, 2002), to the exploration of his mother he did with Irene (Turnstone Press, 2000), and even to the Dracula-themed vampire poems of Seeing Red (Turnstone Press, 2003). The lineage of abecedarium appears to follow a particular trajectory directly back to his correction line, as Cooley wrote out geographic tracings, as well as historical and pre-historical tracings, furthering such in the stones (Turnstone Press, 2013), a book that opens a play on the word, the image and the idea of the stone, writing “the rocks scraped by wind and snow / and by later arrivals / rivals for space,” and composing a space entirely constructed out of the semi-permanence of stone. Writing his way down to basic elements, Cooley writes through the development of language and writing, various ancient histories, books and writers he has read and admired over the years and prairie landscapes, blending them together in an abecedarium that works to explore the very idea of communication: written, spoken and archival.

Over the past three decades or more, Cooley’s poetry books have increasingly appeared to be each composed and collected as a kind of expansive collage-work in the form of a trade collection of poems, writing the subject from as many angles and perspectives as possible, allowing the final result to be a collaboration between an exhaustive poetic research and polyphonic mishmash that refuses to hold any perspective as singular, staid or solid. And yet, it would appear that this book, more than many of the books he has produced, the word play and the explorations of sound might be the forefront of his purposes. This is Cooley at smart and serious joyful play, pure and simple, bringing the weight of years of reading, listening, research and knowledge to every motion.

Huzzah! Love this description, rob. He is one of our American marvels.