HIJ : ONE, TWO and THREE


After twenty years of attending literary events of all kinds and hosting a few ourselves, Hazel and I have come to realize that what we like best are gatherings at which the “ten people who give a shit” (famously said by Bill Kennedy at another recent gathering) show up. We have decided that the place where this should happen is our home, where we read books and make books and make a living in and among bookish things – why would we not love the idea of gathering people for literature and talk here at our centre? It is all very Salon de 1846, if you catch my drift this sort of small, off to the side, do-it-yourself culture – what our teenage son will hopefully agree is very punk – is exactly what we wanted to be a part of when we started HIJ, and so it seems fitting as grownups with all sorts of grownup stuff to think about like kids and a house and work and such, to loosely pay homage to our youthful efforts by welcoming people into a house poetry built to experience some literature by people we like. (Jay MillAr, “HIJ: SOME HISTORY”) 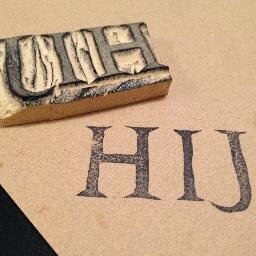 From the house of BookThug (quite literally) in Toronto comes a charming, exciting and highly enviable new reading and chapbook series, loosely built as a continuation of publications BookThug publishers Jay and Hazel MillAr were producing some twenty years ago. With their fourth gathering now under their belt, the first three publications of HIJ include chapbooks by Fenn Stewart and Mat Laporte (“ONE,” 01/19/2014), Daniel Canty and Liz Howard (“TWO,” 02/23/2014) and Jenny Sampirisi and Pasha Malla (“THREE,” 03/23/2014). It’s an intriguing idea, and one that I’ve considered hosting/curating over the past few years as well (Hoa Nguyen and Dale Smith have been hosting house readings in Toronto for a while now as well through their Skanky Possum, but haven’t yet paired such with publications), but haven’t quite managed to piece together yet, so I’m completely envious of what they’ve been doing. It’s interesting to see the authors selected for the curated series, a nice mix of emerging and more established authors, some of whom have been in and around the BookThug circle for some time, and others, included here for the first time. Each publication holds two chapbooks in an envelope, published in editions of fifty copies or less.

See past ageless faces
Landfills in green, they wryly drill
& Countless masses are now fast upon them
They are now covered with these fortress people
with shards of tenderized opinions

The ageless faces sideways, sighing
All retrospectively like me

It’s here injected into the spine
My day’s endeavor is to be complete
For me, an audience is impenetrable
No gleaming James am I
No trencher analects (Fenn Stewart)

The untitled chapbook by Fenn Stewart appears to contain an extended sequence, “from WALTZING,” set to a particular cadence of fits and starts striking out across a wide canvas. The author of a couple of small items so far, including chapbooks through above/ground press and Ferno House, I suspect that when she finally releases a full-length trade collection of poetry it will strike like a punch to the sternum. Really, that could be said about a couple of the authors listed here, such as Mat Laporte and Liz Howard, both of whom have been publishing in bits and pieces over the past few years, hopefully (he says) working up to trade collections. For example: influenced by the work of Margaret Christakos, Toronto poet Liz Howard’s poetry has a wild, almost savage, energy and an engagement with language, philosophy and history, as well as a very physical attachment to the landscape of Northern Ontario. The second part, “[CONTACT],” of her opening piece, “excerpt from OF HEREAFTER SONG” reads:

into the puffed metastatic coal became the water

into the bigger than the big-sea-water

to kill the wilderness in the child
sweeping westward our remnants
sulphur infinite, sorrow extracted tuberculosis
under the jurisdiction of ravens
in the covert of pine-trees

or an education of thieves in the evening.

I look forward to seeing how this series develops, and perhaps, possibly even be able to attend one at some point.