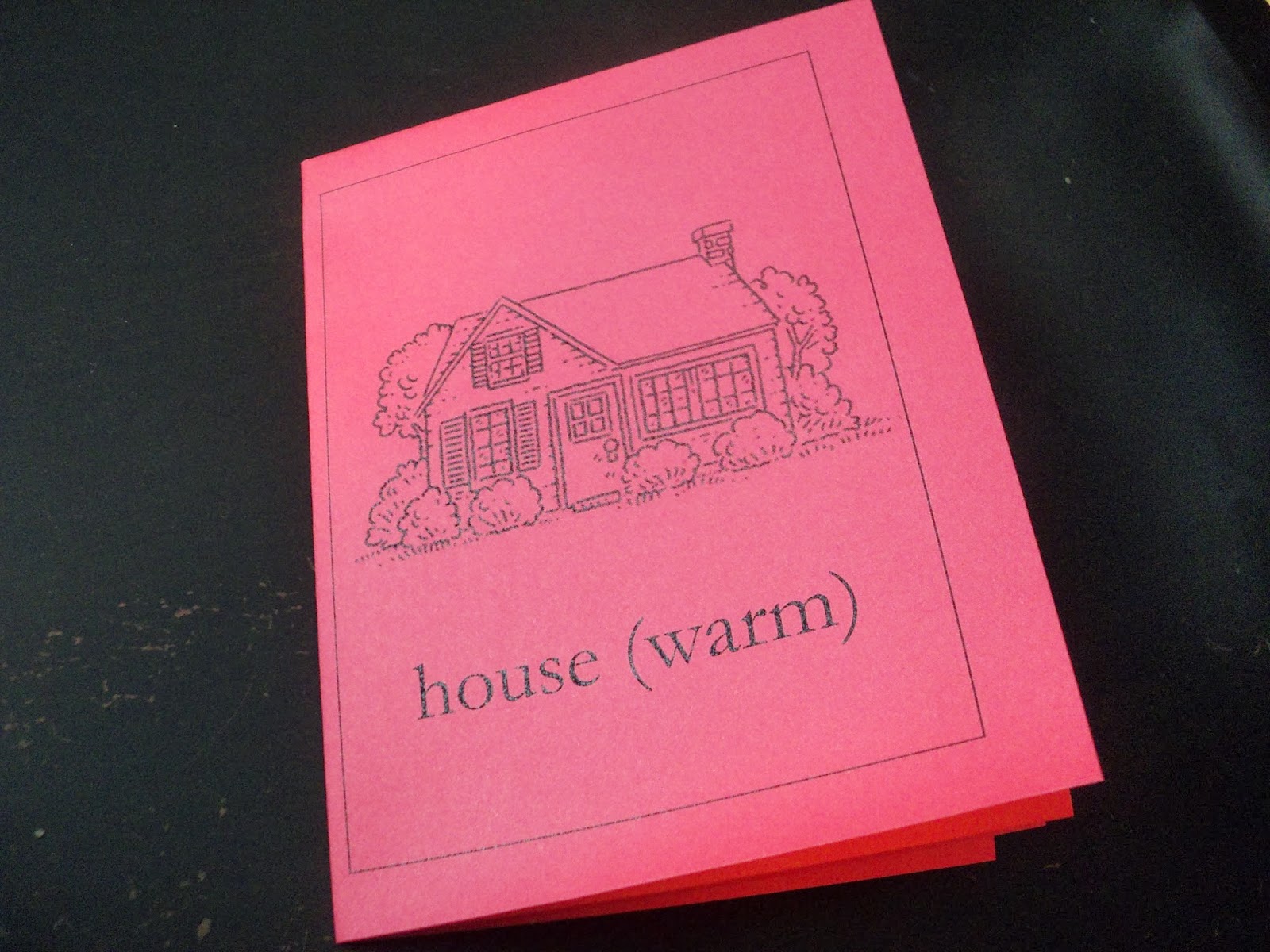 As some of you are aware, our house is officially “warmed” now, some eighty people (give or take) wandering through our newish abode recently, including friends, family and (new) neighbours. A magnificent time was had by all, including baby Rose, although it took a few days for us to recover. The house fended well, despite children dumping all of the toys out on Rose’s bedroom floor (there are worse things that could have happened). All in all, a grand time.

Otherwise, there are more than a few other things worth paying attention to: a new interview with Rachel Zucker, the spring 2014 schedule for Ottawa's Plan 99 Reading Series (I launch a book there on May 10), submission calls for Cordite, sixth finch and the bpNichol Chapbook Award; and are you paying attention to the weekly “Tuesday poem” series I’ve been curating over at the dusie blog, or the “On writing” series at ottawa poetry newsletter? Forthcoming in the series include Gregory Betts, Kate Cayley, Hailey Higdon, Stan Rogal and Matthew Firth, among others.

Ottawa ON: Any new publication by Paris, Ontario poet Nelson Ball is worth acknowledging, and Ottawa publisher Cameron Anstee has just released Ball’s Minutiae (Ottawa ON: Apt. 9 Press, 2014). Ball has long been known as a poet of the small moment, of minutiae, boiling what other writers would have written as lines or stanzas down to a single word. Apart from the work of Toronto poet Mark Truscutt, I don’t see anyone else working in such intricately small forms, packing incredible amounts into poems the size of a pin.

In the distance
on a roadside hill

The poems in this small collection of some two dozen poems give the suggestion of a sketchbook, and the cover artwork, a pencil sketch of the author done in 1966 by his late wife, the artist Barbara Caruso (to whom the collection is dedicated), furthers that suggestion: a sketchbook of observations, meditations, captured moments, and bulletproof koans. It is almost as though he shares a particular aesthetic with Perth, Ontario poet Phil Hall—both poets favouring the condensed phrase—where Hall might collage a series of such together into a larger structure, Ball whittles them down into far smaller, self-contained pieces. The results are breathtaking.

At Delhi
in rural Ontario

where a tobacco field
joins the town

For those who admire his work, there are rumours that suggest that Ball has a new trade work out later this year [see my review of his previous one, here].

Grand Rapids MI: New from Michael Sikkema’s Shirt Pocket Press is Hamilton poet and musician Gary Barwin’s BE THE TOAD (2014). One suspects that the title is a play on previous works, including the collaboration of poems he did with derek beaulieu, frogments of the frag pool: haiku after Bashö (Toronto ON: The Mercury Press, 2005).

It seems strange to describe anything as playfully dark, but the description feels entirely appropriate for this small collection of prose poems. There is a sense of play in this single-sentence accumulations, one even coupled with children’s story and lullaby, which, as far as Grimm and the Victorians were concerned, were very dark indeed. I’m curious to see if Barwin furthers along this strain, and can only hope that these pieces are merely a fragment of what might eventually emerge as a full-length collection of prose poems.

Vancouver BC: I like that Vancouver poet Kevin Spenst is working on a cross-Canada chapbook tour, a variation on something I similarly did back in 1997—wandering the country doing readings with a box of chapbooks under my arm (watch for an announcement in a couple of weeks over at The Factory Reading Series, hosting Spenst on April 23, 2014 at Raw Sugar). One of the titles he’ll be carrying will be retractable (Hamilton ON: serif of nottingham, 2013), published by Hamilton writer/musician Gary Barwin.

A smartly bound art book of black and white photos. Each photo is of a brick mid-smash through an exploding window. The windows are in buildings on the abandoned island of Hashima in the East Japan Sea. On the side of each brick is a word. The entire series of one hundred photos make a series of Basho haiku about ponds and frogs. The juxtaposition pleases for the most part. The enormity of effort enacts a mimetic performance pulling a text out of the past and crashing it through the present moment again and again with each turn of the page.

Broken into four sections, the poems that most intrigue are the prose poems, and Spenst manages some very sharp, short pieces throughout this small booklet, including a few I’m interested to hear read aloud. Another section of the collection is made up of a series of erasure poems, and Spenst manages some intriguing play within using phrase-fragments and individual words lifted from works by Stuart Ross, Mark Young, Brian Henderson, Daniel Zomperelli, derek beaulieu and Elizabeth Bachinsky. Part of what makes watching Spenst’s work develop is in the awareness that he’s in exploration mode: excitedly attempting numerous shapes, forms and considerations in his writing, and seeing what works and what might not (despite the fact that he calls BC writer Stephen Reid “William Reid” in one of his pieces). Not everything might work, but it’s an awful lot of fun to see what might come next.

How to Get Inside Anything

“Imitate your Favourite Statue,” reads the epigraph of this 10-page chapbook. The line is taken from a bank-robber pointing a gun at patrons in a bank in William Reid’s semi-autobiographical novel Jackrabbit Parole. William Reid is better known as a bank-robber than a best-selling novelist and his Stopwatch Gang was North America’s most famous heisters, renowned for their ability to get in and out of a bank within two minutes. How to Get Inside Anything splices together documentation of the Stopwatch Gang’s bank heists with advice from Method Acting manuals from the fifties. A sample: Stimuli Reid / ground conviction / cohorts sacrifice / the FBI’s performance / most-wanted sublimation / $700,000 play / character fluke / obstacles absorbed / repetition reach for the sky. Buy this for the aspiring actor or bank-robber this holiday season. Buy or steal this from your local bookstore but if you do steal make sure it’s done with enough fanfare to grab headlines.