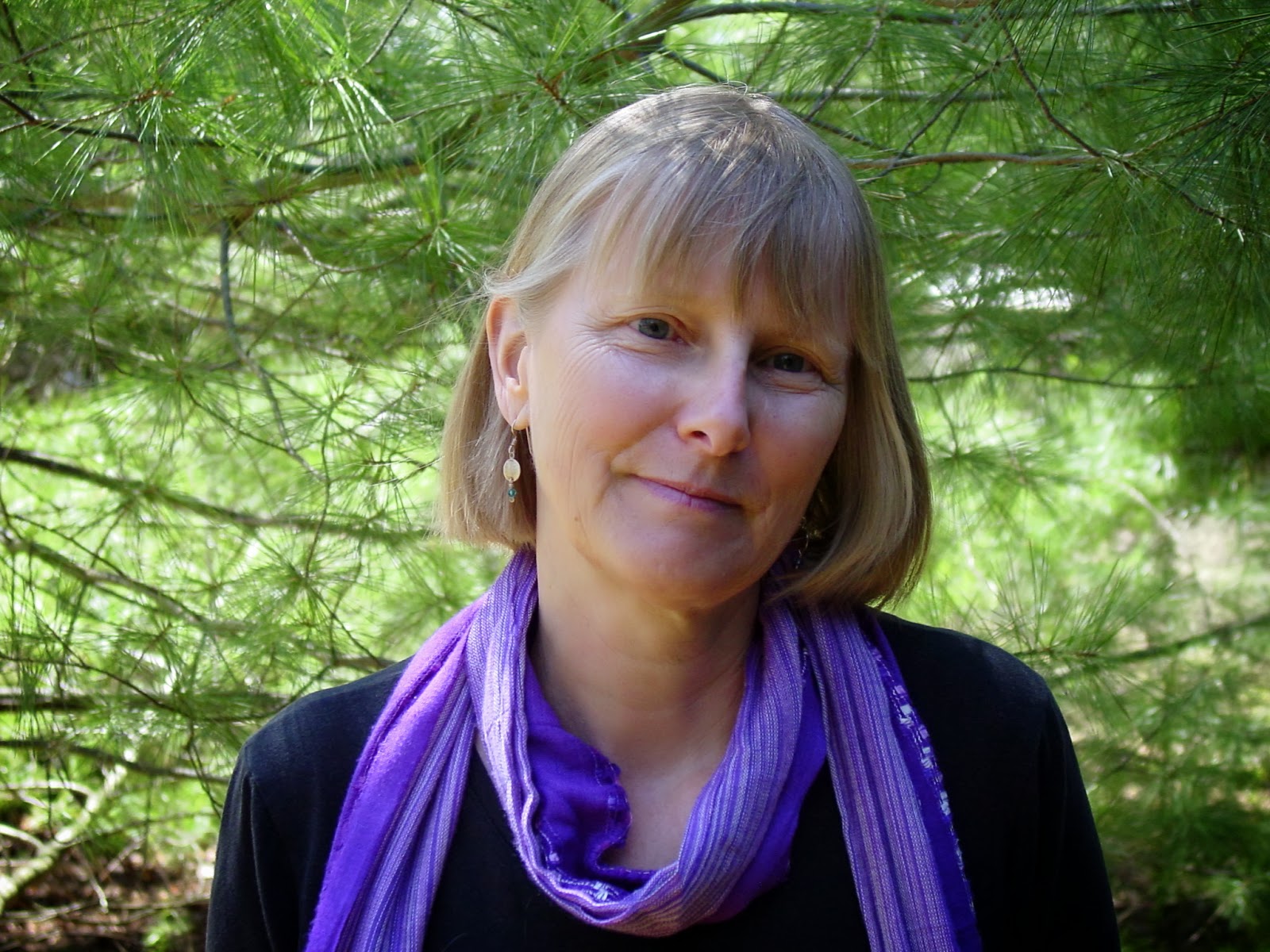 Lynn Davies is the author of three collections of poetry, including The Bridge That Carries the Road, shortlisted for a Governor General’s Award and the Gerald Lampert Award, Where Sound Pools, and most recently, how the gods pour tea. Her poems have also appeared in numerous anthologies, been broadcast on CBC Radio, and translated into French and Spanish. She lives in Fredericton and works part time in an independent bookstore.

1 - How did your first book change your life? How does your most recent work compare to your previous? How does it feel different?
Before my first book, my sense of audience was limited to friends, family, other local writers, and the occasional stranger. When The Bridge That Carries the Road was published, a larger audience seemed possible thanks to a publisher willing to risk taking on a new writer. Well, we all know that poetry enjoys a small audience, but there’s something about the poems printed and bound between two covers and shipped to bookstores that turns the writing into a social activity. It becomes real in a physical way. As for my most recent book - it took just as long to write (ten years) as the first one but I sense a bit more confidence.

2 - How did you come to poetry first, as opposed to, say, fiction or non-fiction?
I began as a freelance writer for magazines and newspapers. This was a wonderful place for me to start - interviews got me out into the world, and I learned about editors and deadlines. I also started to write short stories, and I attempted a novel.  But when my children were born, my writing time dwindled and I began to write little pieces in the little bits of time available to me. That’s how I began writing poems. But poetry first found me when I was a child, when my mother read and recited poems to me, often by R.L. Stevenson.

3 - How long does it take to start any particular writing project? Does your writing initially come quickly, or is it a slow process? Do first drafts appear looking close to their final shape, or does your work come out of copious notes?
The writing process is never exactly the same for me. Some pieces do come quickly but most of the time, writing is a lot of rewriting. My initial drafts are written in pencil on paper - I sense connections better through handwriting. It takes me many drafts over a period of months or years to arrive at what I think might be the final version.

4 - Where does a poem usually begin for you? Are you an author of short pieces that end up combining into a larger project, or are you working on a "book" from the very beginning?
A poem might begin in a sound, a phrase, an image, an idea, a piece of music, an incident, a story. For me, poems can begin anywhere, anytime. I write poems until the pile is high enough to consider arranging them into a book.

5 - Are public readings part of or counter to your creative process? Are you the sort of writer who enjoys doing readings?
I used to dread public readings but now I mostly enjoy them. My daughter used to play cello in high school. One day I arrived late for a performance of the school’s string quartet; all the chairs were taken, so I had to sit off to the side. They played on a small stage to a seated and dark mass of people, their faces lifted towards the stage. All that music floating on an ocean of people. That’s the way I think of a live audience now - an ocean ready to float our poems and stories. The words go somewhere.  And yes, sometimes a reading or a comment by somebody at a reading will nudge the creative process.

8 - Do you find the process of working with an outside editor difficult or essential (or both)?
A good editor needs to share your sensibility but also be willing to challenge you. A good outside editor is essential.

9 - What is the best piece of advice you've heard (not necessarily given to you directly)?
I’m a slow writer so I often remind myself that Confucious said something like, “It doesn’t matter how slowly you go, so long as you don’t stop.”

11 - What kind of writing routine do you tend to keep, or do you even have one? How does a typical day (for you) begin?
I can write anywhere, as long as it’s quiet, but I do appreciate some routine. Depending on other demands, I write two to four mornings a week. A typical day would be coffee, a sit outside depending on the season, some breakfast, then into my upstairs study until the early afternoon.

12 - When your writing gets stalled, where do you turn or return for (for lack of a better word) inspiration?
When a piece of writing gets stalled, I might try switching to another writing project. Sometimes I have to walk away from it for awhile. Spending time outside often clears my head  - that is, the thinking slows down do that images begin making connections that pull me back into the writing. Walking, biking, x-country skiing, swimming in the ocean - these all energize me.

13 - What fragrance reminds you of home?
Homemade spaghetti sauce.

14 - David W. McFadden once said that books come from books, but are there any other forms that influence your work, whether nature, music, science or visual art?
Everything in my little part of the world influences me including getting caught in  a rain storm, Bach’s cello pieces, numbers, the last pooped petunia in the garden, missing letters in signs, Giotto’s frescoes in a library book, a long sit in a hospital waiting room, too many puns, and books of course.

15 - What other writers or writings are important for your work, or simply your life outside of your work?
M.F.K Fisher, Alice Oswald, George Herbert, Adele Wiseman, Vasily Grossman, Alden Nowlan, Wistawa Szymborska, Tomas Transtromer, R.L. Stevenson.

16 - What would you like to do that you haven't yet done?
Travel to more places. Learn more languages.

17 - If you could pick any other occupation to attempt, what would it be? Or, alternately, what do you think you would have ended up doing had you not been a writer?
When I was a child, I wanted to be a detective. I think it was the idea of being watchful all the time and writing details down but all my nervous energy would have got me into trouble. Perhaps a musician - a pianist or cellist - still living in sound and daily practise. Or a full time gardener.

18 - What made you write, as opposed to doing something else?
I loved to read. When I was growing up, our house was full of books. My parents opened an independent bookstore in Moncton, and that was my first job as a teenager. I still love to read, and I think writing is an extension of reading.

20 - What are you currently working on?
Another pile of poems. Also some essays.