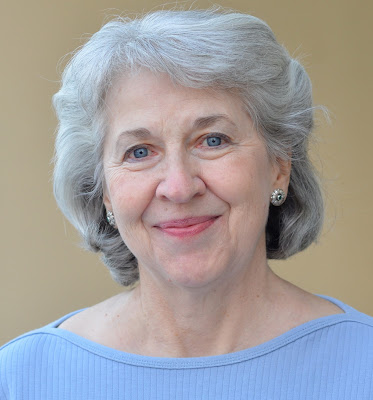 Mary Hagey grew up on a dairy farm in Southern Ontario near Cambridge and Kitchener-Waterloo. A long-time resident of Montreal, she attended Concordia University, majoring in studio art with a minor in creative writing. She has worked as a personal support worker, a housepainter, a clerk in retail books, a copywriter for a mail-order house, an English composition instructor at Concordia and an art instructor at McGill’s summer school for gifted children. She received her M.A. in English in 1994 while employed as a travel companion, a job that allowed her to see the world. Her work has been published PRISM International, Matrix, Grain, The New Quarterly, Room of One’s Own, Descant, and Rhubarb. Her writing has been nominated for the Journey Prize, the National Magazine Award, The Western Magazine Award, and a work of creative non-fiction was short-listed for the CBC Literary Award.

Her first collection of short stories is Castles In The Air (Signature Editions, 2012).

1 - How did your first book change your life? How does your most recent work compare to your previous? How does it feel different?
My recent book, Castles In The Air, is my first book. I’d been living a fairly quiet life and there’s definitely been an increase in events to attend. It’s really gratifying to be able to consider a block of my work finished. I’m a chronic tinkerer so it’s good to have fewer to fiddle with--for now anyway.

2 - How did you come to short fiction first, as opposed to, say, poetry or non-fiction?
I had no intention of writing anything of any kind. I was majoring in studio art but when I took a qualifying course, English Composition, the prof told me I really ought to consider writing, so I signed up for a creative writing course and everyone was writing short fiction and that’s what I fell into. I took a poetry course and enjoyed it, but I was more attracted to stories.

3 - How long does it take to start any particular writing project? Does your writing initially come quickly, or is it a slow process? Do first drafts appear looking close to their final shape, or does your work come out of copious notes?
Very few stories have come easily. I generally start off with very little--a single character, something someone said, a vague idea--and I have to find out what the story is, and then develop and nurture it along, and even then it can turn out that it’s been playing me for a fool.

4 - Where does a story usually begin for you? Are you an author of short pieces that end up combining into a larger project, or are you working on a “book” from the very beginning?
I generally aim to write stories of about ten to twelve pages because, more and more, literary journals have maximum word stipulations. Unfortunately, once the stories get a life of their own they tend to grow to about double that. I don’t plan a book as such. The possibility of a collection one day is always there.

5 - Are public readings part of or counter to your creative process? Are you the sort of writer who enjoys doing readings?
I consider myself to be a writer of stories, not a stand-up entertainer, but there’s no denying that we live in a time when artists of every ilk are required to do what they do, PLUS become dancing bears. Some writers clearly enjoy stepping into the limelight. So far that’s not me, but I have the slippers and tutu and will do my best.

6 - Do you have any theoretical concerns behind your writing? What kinds of questions are you trying to answer with your work? What do you even think the current questions are?
There’s a saying that goes something like, Be kind. Everyone you meet is carrying a heavy burden. It has ever been thus. Everyone is burdened whether they appear so or not, and I try to address the burden. Literature has always been essentially about the human condition, and a writer simply responds to the view from where he/she is.

7 - What do you see the current role of the writer being in larger culture? Does she/he even have one? What do you think the role of the writer should be?
When I was growing up I was dragged off to church every Sunday and for the most part this was an agonizing way to kill a morning. However, every once in a blue moon the pastor’s sermon was a story that, without being preachy, stirred some part of me and made me aware of the power behind the careful arrangement of words. I think the writer’s role is to take the reader inside the circumstances of others, offer a reader the sense of a larger world and their place in it.

8 - Do you find the process of working with an outside editor difficult or essential (or both)?
The stories I’ve had published in journals had very little, if any, editorial input, so my only real experience with an editor was with my recent book, and it was a positive one. I’d tried to really polish the manuscript before sending it out, and apparently it was comparatively well prepared, still there were a few typos, repeated words, and even some areas that required some clarifying or development. Writers can become blind to their work after a time. It’s normal. I appreciated the comments and feel the changes improved the book. My only difficulty was working with a very real time constraint, because I’d grown accustomed to having none at all.

9 - What is the best piece of advice you’ve heard (not necessarily given to you directly)?
Hmm, can’t think of anything offhand, beyond the basics one is told early on: write what you know, show don’t tell, everything should either remark on character or move the story forward.

10 - How easy has it been for you to move between genres (short story to non-fiction/memoir)?
I’ve published a couple of non-fiction pieces--in Matrix and Descant--and I can’t say I had a problem. I found non-fiction easier in that there weren’t so many options. Not that any writing is easy.

11 - What kind of writing routine do you tend to keep, or do you even have one? How does a typical day (for you) begin?
When I started out writing I still had kids at home and was either working or attending school, and sometimes both, so writing was something I tried to fit in somewhere. But since retiring I tend to write between 10 a.m. and 2 p.m. I feel something isn’t quite right when I neglect this aspect of my life--which I do sometimes.

12 - When your writing gets stalled, where do you turn or return for (for lack of a better word) inspiration?
There’s nothing like a good long walk. For me it’s not about seeking inspiration, it’s about opening myself up to alternative ways of looking at whatever problem I’ve encountered. I live by the Rideau River and have easy access to the paths.

13 - What fragrance reminds you of home?
I grew up on a dairy farm: cow manure or fresh-cut hay.

14 - David W. McFadden once said that books come from books, but are there any other forms that influence your work, whether nature, music, science or visual art?
Nature, music, science, and visual art all enrich my life, but more than anything I’m influenced by what I observe of human interaction. Bus rides around town can set me in motion creatively.

15 - What other writers or writings are important for your work, or simply your life outside your work?
There are a lot of good short story writers--Jhumpa Lahiri, Bernard MacLaverty would be two favourites. The writer for whom I have the most enduring admiration and gratitude would be Flannery O’Connor. The story “Everything That Rises Must Converge” is one I read and reread. I seldom read novels. I do turn to books other than short story collections, mostly in the realm of science. Jared Diamond knows a lot about humans.

16 - What would you like to do that you haven’t yet done?
At sixty-six there’s not a whole lot I haven’t done--of the things I find appealing, and given my limitations. I’m not ever going to master the guitar or even the French language, though I’ve made some attempt at both. A road trip through the States is something I’ve always had a mind to do, writing about the experience. I like stories of early America. Thomas Jefferson--now there was a guy with vision who had a great vocabulary and knew how to build sentences.

17 - If you could pick any other occupation to attempt, what would it be? Or, alternately, what do you think you would have ended up doing had you not been a writer?
I’ve worn a lot of hats. I’ve been a teacher, a personal support worker, a clerk in retail books, a copywriter, a travel companion, a house painter... I cannot imagine having a lifelong career. Even one that is pleasantly challenging. There have been times though when I feel spoiled rotten living as most of us do in Canada, and think that next time ‘round I’ll do the right thing and participate in Third World development.

18 - What made you write, as opposed to doing something else?
I’ve never regarded writing as an alternative to something else because until recently I’ve always done something else. Writing is an enrichment and allows me to orchestrate a small world, insert some meaning into it and me.

20 - What are you currently working on?
I have a second collection of stories more or less complete but there’s polishing to do, and in the process I invariably find areas that aren’t quite right yet. But it’s coming along.

[Mary Hagey is currently touring east as one of the Fictionistas, appearing in Toronto, Kingston, Ottawa and Montreal between June 1-4, 2013]
12 or 20 (second series) question;
Posted by rob mclennan at 9:01 AM
Labels: 12 or 20 questions, fictionistas, Mary Hagey, signature editions