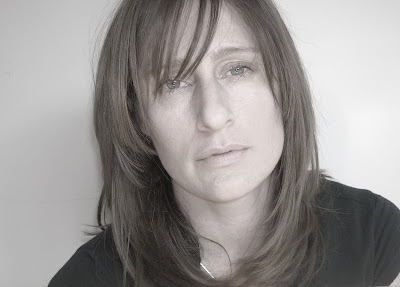 Kanina Dawson’s work has appeared in a variety of Canadian literary publications, including Prism International, subTerrain, Descant, The Malahat Review and Event Magazine.  She has been awarded numerous prizes for creative non-fiction and was twice nominated for a National Magazine Award.  Kanina’s first book of poetry, Masham Means Evening, appeared this spring with Coteau Books.

1 - How did your first book change your life? How does your most recent work compare to your previous? How does it feel different?
This book – my first book – was like an opening and a closing at the same time.  After plugging away for so long with single submissions, this felt finally like I was opening a big, rusty door and managing to get more than a foot through it.  Being able to finally see my voice on paper, carrying the thoughts and lives and losses of those who experienced Afghanistan, myself included, was both a loss and a relief – a closing out of sorts of a camp we no longer inhabit.

2 - How did you come to poetry first, as opposed to, say, fiction or non-fiction?
Oddly, I didn’t think my first book would be poetry.  Based on the non-fiction pieces I’d already written, I assumed that any experience I lived would take the same form – but that’s not what happened.  I began writing these poems while still in Afghanistan – I’d jot down lines and words on my field message pad, on maps, inside book covers.  I think partly there was never enough time to write something more fulsome.  But I also think that some things are too hard, too surreal, too compartmentalized, to take the form of anything less than poetry.  For me, a poem is a snapshot of a moment in time and space that defies any other form of articulation – like a heartbeat, or that feeling of having touched something hot.  That’s what Afghanistan was.

3 - How long does it take to start any particular writing project? Does your writing initially come quickly, or is it a slow process? Do first drafts appear looking close to their final shape, or does your work come out of copious notes?
I’m embarrassed at how long it takes me to write something. Starting is rarely the issue – it’s finishing, or making it good.  I write in bursts, usually as an outlet – it’s rarely sketched out in my brain before I start.  Usually I have one key line that things tend to revolve around, at least initially.  I’ll scribble down ideas as they arrive.  I’ll write until the words run out or until I lose momentum.  I’ll leave a ‘finished’ poem or piece of writing for days, maybe weeks – then revisit it to see what sounds wrong.  Typically though – and regardless of what edits I might do – my writing always retains its tone and intent, if not its initial structure.  If it doesn’t retain its tone, then it’s clear to me that I didn’t know what I was feeling when I wrote it – and it’s usually crap.

4 - Where does a poem usually begin for you? Are you an author of short pieces that end up combining into a larger project, or are you working on a "book" from the very beginning?
For me, a poem always begins with something that gets felt at the gut level – a memory, an event, a key observation or moment that’s been crystallized somehow.  I’m not a meanderer.  I don’t do a whole lot of speculating or philosophizing when I write – something has to trigger it.  With this book, it was a complete vision from the start as I’d had a year’s worth of heartbeat moments in Afghanistan with which to work.  While it wasn’t easy to write, it was easy to compile – to flip from one snapshot to the next of things that had made an impression on me or others.

5 - Are public readings part of or counter to your creative process? Are you the sort of writer who enjoys doing readings?
I’m so glad you brought this up – I thought it was just me.  No, I hate the idea.  It censors me from being me and it forces a reaction on people.  But there seems to be this unspoken ‘given’ that a writer must read their work.  I write because I don’t want to speak.  I want my snapshots to speak for themselves.  I’m no actor, but I’m going to have to be for some of this stuff and that’s an unhappy thought.

6 - Do you have any theoretical concerns behind your writing? What kinds of questions are you trying to answer with your work? What do you even think the current questions are?
While I am trying to capture war from a different, more personal perspective, I don’t know if I am answering questions so much as I am simply attempting to paint a picture of what was – what hurt, what didn’t, what I felt, what I saw, what that land tasted and smelled like.  I think the overriding question most people tend to have when it comes to war, is – is it worth it?  Is it right?  My poems don’t – can’t – answer this for anyone but me.

7 – What do you see the current role of the writer being in larger culture? Does s/he even have one? What do you think the role of the writer should be?
I think it’s the job of every writer to document or capture something of the human experience.  The world claims to be such an interconnected place – and in some instances it is – but while commerce and countries might be interconnected, I’m not sure humans truly are.  I think we need stories to do that – and to have stories, you need writers.

8 - Do you find the process of working with an outside editor difficult or essential (or both)?
Both!  This was my first experience working with an editor – Liz Philips, an incredibly insightful and incising individual who skillfully guided me through this lengthy process.  It’s hard to hand over your creative efforts to someone who has not experienced what you’ve experienced or been to the places where you’ve been and yet who now has the unenviable task of telling you – that thing you wrote about that crushed your heart?  Well, you didn’t quite capture it...  But she was absolutely right – I hadn’t in many cases.  I had stopped short of the full story or had gotten so bogged down in my own emotions that it would have been hard for anyone reading the original poems to be able to connect with them.  Liz’s guidance and commentary were absolutely essential for me to be able to pare things down and to build other things up.  Also, I apparently have this weird issue with putting commas in, places where they shouldn’t be.

9 - What is the best piece of advice you've heard (not necessarily given to you directly)?
As far as writing goes...?  “Does it fit?  Or do you just want it to fit?”

10 - How easy has it been for you to move between genres (poetry to journalism)? What do you see as the appeal?
For me they both stem from the truth of a reality that has been lived or experienced – one lends itself more to brevity and the abstract – the other perhaps weaves a more continuous storyline.  Ultimately though, I feel that both take me to the same place – they simply use different forms to get there.

11 - What kind of writing routine do you tend to keep, or do you even have one? How does a typical day (for you) begin?
I wish I could say I had a routine, but I haven’t yet reached that amount of stability or diligence with my writing.  I wish I could say I journal.  I note-take.  Pace of life gets in the way, but I’m also cognizant of the fact that it’s very hard to exist in two worlds at once –  I get totally frustrated when I have to drag myself from one to the other, so I tend not to write unless I have a sustained amount of time in which to do it.  When and where I get that time is different from week to week.

12 - When your writing gets stalled, where do you turn or return for (for lack of a better word) inspiration?
I tend to go for a run when things get really stuck.  For me, it’s the equivalent of ‘sleeping on it’.   It kick starts something in my brain – a recall of events or smells or whatever it was I was trying to convey before I got stuck.  I use music a lot too – whatever evokes or reinforces the mood or tone I was initially trying to capture.  I tend not to read the writing of others when I’m working on something as it distracts me too much.  I need my voice to be able to stand on its own.

13 - What fragrance reminds you of home?
Smoke.  Rain in the fall.  Brown sugar incense.

14 - David W. McFadden once said that books come from books, but are there any other forms that influence your work, whether nature, music, science or visual art?
Absolutely.  I’m deeply imprinted by my physical surroundings and consistently draw from them to illustrate or contrast the emotion of something.  This was especially true in Afghanistan as the backdrop for every experience was this immensely hard, beautiful, crushing landscape that required the use of all six senses all the time.  It was impossible not to be permeated by it.

15 - What other writers or writings are important for your work, or simply your life outside of your work?
When I’m not writing I love to read works that are rooted in realism or fact, anchored to a geographical landscape and which impart some feeling I recognize but have not been able to identify or articulate for myself.  The first book that did that for me was Timothy Findley’s The Wars.  To be shown something new and yet to have it still resonate with me - that’s what inspires.

16 - What would you like to do that you haven't yet done?
Forget.

17 - If you could pick any other occupation to attempt, what would it be? Or, alternately, what do you think you would have ended up doing had you not been a writer?
I’d run an orphanage and raise goats.

18 - What made you write, as opposed to doing something else?
I’ve always been an avid reader – growing up it was an outlet and a way to escape.  I loved how a mere handful of words could be so powerful.  In high school I had some incredible English teachers that were instrumental in showing me I could provide my own outlet, make my own escape – so I did.  I also think for a lot of writers – myself included – that it’s a matter of record, of being able to say no matter what – that I was here, and this is what I felt and this is what I saw – and it mattered.

20 - What are you currently working on?
I’m wondering that myself.  I have a novel written – sort of written – that is gathering dust, but I haven’t had the time or energy to go back through it and start hacking away at all the parts that need hacking.  Having just finished Masham Means Evening, I am taking a breather and will likely pick things up again in the fall.

[Dawson launches her book in Ottawa on Friday, June 14, 2013, alongside Steven Artelle, Liz Worth, Bardia Sinaee and Michael e. Casteels, as part of the pre-small press book fair reading at The Carleton Tavern]