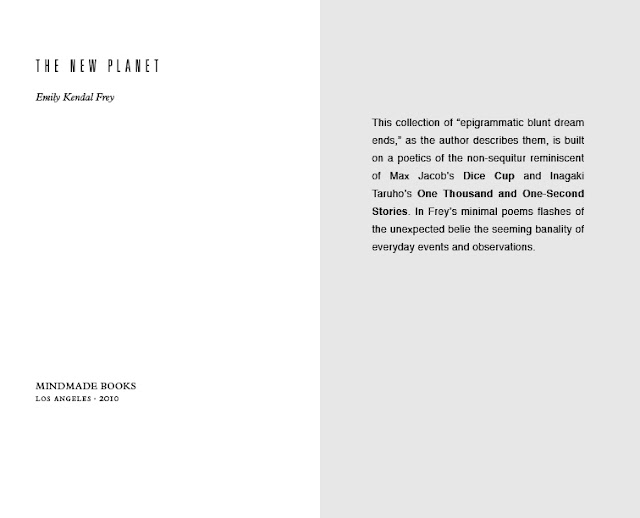 American poet Norma Cole, originally from Toronto [see my review of her selected poems here], is a bit of a moving target, rarely working the same forms twice. Her a little a & a is a polyphonic sequence of commentaries upon commentaries, a fragmented essay talking about poetry and art, storytelling, translation, myth and commodity. Composed as a fragmented piece, stretched out and sketched, it writes and translates an essay/conversation and an argument, collaged.

Become the object, love it and live it. When you look for a long time like that, do you see into or beyond? In those days we worked so hard to take the figure out.*

– But the scenario, would it identify and speak for it, something,
the present something relevant to the exhibition even at a tangent?
– You mean explain the show. Can’t it speak for itself?
– Not the point. Not explanation. Parallel play. Translation
– Libidinous.
– Rather than strictly superego, the translation as explanation ap-
proach ho hum.
– Carrousel.
– See what I mean?

*“It  will have to be
something I’ll miss.”
de Kooning

The most fascinating work in the stack is Werkman’s Tiksels, subtitled “1923-1929,” produced with an afterword by editor/publisher Guy Bennett. I admit to not knowing much of the history of concrete and visual poetry outside of Canada, but for some brief knowledge of Apollinaire’s work, Werkman appears to be one of the early modern producers of concrete and visual poetry, and much of this work is reminiscent of some of the works later produced in the 1960s by such as bpNichol, bill bissett and Steve McCaffery, among others. As Bennett writes to open his “Afterword”:

Hendrik Nikolaas Werkman (1882-1945) was a commercial printer by profession, but by all accounts not a very successful one. He was generally indifferent to money matters and apparently unskilled in running a business. When he suddenly needed to repay a substantial loan in the early 1920s his printing company foundered. In spite of the financial difficulties he faced, Werkman opted to look on this crisis as an opportunity for positive change: without abandoning commercial work he decided to pursue a lifelong interest in the visual arts, and he duly put the tools of his trade to artistic use. In 1923 he founded a magazine – The Next Call – that he would edit, write virtually single-handedly and print himself, and simultaneously embarked on a series of large-format abstract monographs that he called druksels (from the Dutch drukken – “to print”) which would eventually number more than 600. Both of these projects featured the innovative typographic design and printing techniques for which he has subsequently become known.
It was in 1923 that Werkman also began experimenting with the typewriter, creating a small body of predominantly abstract visual texts that he dubbed tiksels (from tikken, meaning “to type”). Whereas the pages of The Next Call and the druksel are alive with large colorful shapes and letter forms, the tiksels are graphically minimalist works whose basic visual unit is the tiny, monowidth typewriter character and whose color is that of the typewriter ribbon. Compositionally the tiksels are informed and limited by the machine used to produce them: horizontal and vertical lines and columns feature prominently, and rows of identical, repeated characters appear in nearly every piece. Far from creating monotony, these elements constitute a unifying formal grammar that gives coherence to the tiksels as an ensemble. Adding to their unique character is Werkman’s frequent use of analaphabetic which effectively removes them from the world of sound and situates them squarely in the visual realm. They were clearly intended to be seen and not heard, and this puzzles – how are we to read them, as poems or as pictures?

When there’s a flood on the Tang-Tse-Kiang
it’ll drown you 100,000 Chinese
bang
that’s not even a fitting subject for a poem
Indeed a trifling thing

A poem’s indeed a trifling thing

Emily Kendal Frey is also the author of The Grief Performance (Cleveland State University Poetry Center, 2011) [see my reviewof such here], and her chapbook, The New Planet, is constructed almost entirely of tiny poems with enormous punches.

Am I smart enough to be androgynous?
Constantly shitting myself in your name.
Nothing is as beautiful as what is not beautiful.
Except sheet rock.

Frey’s poems feel a blend of Sarah Manguso-esque short fiction and the short poem, managing both without being tied to either. Constructed out of sentences, her prose poems strike at the very heart of whatever question she approaches. In some thirty pages, Frey is quickly becoming one of my favourite American emerging poets, for her sharp wit, and her use of the poetic sentence to not only make, but accumulate, sense; and from those accumulations, the smartest of poems.

I make a new planet out of rice.
No one wants to live on it.
No one even seems interested.
After a while, I sit down on my planet and eat what I’ve made.
Then I go across the road and hang out with the gods for a while.