when all night long
it pulls them down

Coming home from putting out a fire, how can they be expected to kiss the cheeks of their sleeping children and take out the leaking garbage and shuffle through the bills lying on the table and not drink the whiskey under the sink and spoon their wives while listening to their stories as well as their complaints and ask them questions and care about their answers and answer their questions and then sleep peacefully beside them without letting go when all night long it pulls them down, this threat and thrill of flame? (Hannah Rahimi, “Fragments,” HEADLIGHT #16) 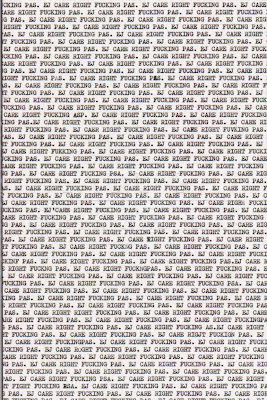 One of the rare student publications I follow regularly [see reviews of various previous volumes here] is HEADLIGHT anthology, produced annually through the English Department at Montreal’s Concordia University. While I expect journals such as these to have a range of writing and quality, being a student journal, and allowing for the possibility of early/first publications for writers we might just hear some good or great things later, I’m surprised at just how little in HEADLIGHT #15 (2012) really stood out (and why are there so many blank pages inside the issue, including three in a row?). Does this say more of the writing program at Concordia, long known for producing exciting writers and writing, or the journal itself? It makes me wonder where writers such as Wanda O’Connor, currently at Concordia and producing exciting work are, and whether or not writers such as she are even submitting?

The new volume, HEADLIGHT #16, includes a foreword by Toronto poet and editor Sachiko Murakami, herself an alumni of the creative writing program at Concordia. There were some interesting pieces here, including a poem by former Ottawa poet Meredith Darling (who, for some reason, is missing a bio at the end of the collection), intriguing lyric prose by Max Karpinski, a worthy lyric piece by Mark Lavorato, and some prose poems by Jesse Anger and Hannah Rahimi. Rahimi’s striking two-part prose poem, “Fragments,” according to the note, borrows lines from Anne Carson’s If Not, Winter, including them as italicized lines at the beginning of each short section. Apart from the fact that her bio claims she moved to Montreal from Toronto in 2008, I don’t know a single thing, but would like to read more.

From the high backdune all I could see was a bluish field scored by a lone tanker, faring cloud-swell – the horizon snuffed by moods of slate and heron – wave and wake and stratus ambled, eliding in the break. You were scanning the shallows that gathered in rock shoals, hunting for fossils. When I asked if you could tell the sky from the water, you narrowed your eye, bowed over your reflection. I turned where beginning to ends and skipped a stone from cloud to cloud –. (Jesse Anger, HEADLIGHT #16)

And as far as Max Karpinski’s prose is concerned, part of what appeals is seeing exactly where he might go with this project, and whatever comes after. Striking prose is a rarity, I find, and non-traditional prose in Canadian journals is even rarer, especially when it’s done in an interesting way. I’m going to keep my ear out for Max Karpinski.

We map the city’s conclusions. The lines yokes us together. The shell’s whiteness contains us. Emptiness demarcates limits or infinite vastness, the texture of this white noise described in fricatives and gutturals. Phyllis your voice crackles like fireplace static. A ring like emergency broadcast frequency. A presence like the radio. The street dissolves into prairie. Cobblestone breccias translating green and yellow and softness and brown and buzz of electric towers and wires. Pages emptied and beckoning, trim like wet cement and null. Spine-hugging, the body finally collapsed and sited. Phyllis, we are the opening and nothing is beginning. We are the dead and we are breathing. We are breathing in your rooms, we are breathing in your poems, we are breathing with you all. Pages and stretched thin as bedsheets, write bodies in ink, between blots and scribbles we are breathing with you all. (Max Karpinski, “Selections from Oh?,” HEADLIGHT #16)