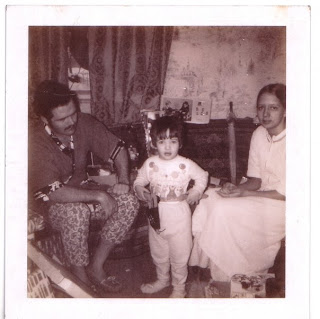 [photo of a Christmas at the house on Ridgemont, with Bob, myself, cousin Kim; photographer unknown] When I was growing up, he was always my favourite, over the days and sometimes weeks I seemed to be in Ottawa visiting my grandmother’s house on Ridgemont Avenue, just by the high school. I spent a lot of time in that house throughout the 1970s and into the 80s, whether singular or alongside my mother and eventual sister and even my father, sometimes. Of the seven siblings, Bob was the last of them. Who still lived at home when I was small, with widowed mother and divorced elder sister, along with her own two teenage daughters. Who spent parts of summers on the farm to help out, early on. He was, for my first ten years the erstwhile bachelor, with the new bedroom put in when the addition put on the house, Beefeater souvenir bottle on bookshelf, and Playboy calendar just inside his bedroom door all the male cousins knew about. During any Ottawa visit, slipping up creaky stairs behind grandmother’s back to his second-floor room, lifting thin cardboard cover. I remember Dorothy Stratten, 1980, full bodied and glossy in rich colour. I always associate him with my own early curiosities, to those questions I couldn’t yet form, or think to ask. What he already knew.

My mother’s youngest sibling, the one she felt most protective of. Driving back from Toronto and his own sister’s funeral a few years ago, complaining of how I’d been trying to get rid of “Robbie” since fifteen, and Bob reminding that he was fifty years old, and my mother still called him “Bobbie.” My Uncle Bob, who was always the baby, and the nicknames they’d all been trying to leave behind, but couldn’t. Each a cringle just to hear them. The one all the others worked so hard to keep safe.

He was the one his mother couldn’t let go of. The quiet exasperation in his voice whenever he would respond to something she’d said, pausing slow between syllables, saying “mo-ther.” When the two took me to my first drive-in features, watching Convoy and Moonraker; I might have been seven. How she insisted he chew every puff of popcorn one hundred times, so that he wouldn’t choke. The turn of his head and the roll of his eyes.

I didn’t spend much time with him for years after, once he married at one end of the 80s and I moved off the farm, at the other. Only over the past decade or so, at my sister’s annual August long weekend bbqs, or the dinners we’d have at their house in Orleans, were we were able to reacquaint as adults. As we talked about history, and just what else our children. Who perhaps more than anyone in the family, always made an effort to talk to my daughter when she was around.

We, who both took it upon ourselves the job of family historians. Working to plant his feet in family soil. The myriad of information he had in his head on two world wars, and his paternal Uncle Don and maternal grandfather’s war records. Bob still seen as the baby of their brood, but who slowly emerged as the rock around which everyone held. Who kept his own council, close to his chest. Around which everything else settled. A seemingly rare voice of reason in a family of otherwise eccentrics. The secrets that family keep.

Here’s a poem Bob featured in, composed around the time his mother died; more about her than he, but about that time in the early 1970s he still lived at home:

the carcass of the old house after she moved
to the apartment. damp,
& rot. was the only one i knew who made
tomato soup w/

milk, the cloudy white stirrd in

slowly, continuous. uncle bob crushing premium plus
w/ his spoon. renovated the kitchen & the back after

husband died, his winter body brought in
after discovery in the snow, lay there cold
& stiff on the table

until the ambulance arrived, knowing
they neednt hurry. this much

is sure, is what

i know, how long

years can reach out thru, from
behind, & grab

at your neck like you were seven a second time,
scanning magazines in the wrong part

of another uncles house, black marks

over the parts of the female anatomy you knew,
even then, were interesting. 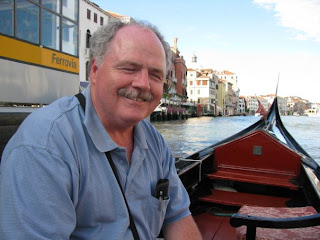 PAGE, Robert “Bob” – At the Montfort Hospital on Sunday June 14, 2009, at the age of 59. Beloved husband and best friend of Bette. Loving and devoted father of Lori Anne and Timothy. Brother of Patsy Fournier (Larry), Don (Lin), Pam Moore (Don), Joanne McLennan (Douglas) and the late Ralph (Shirley) and Carol Ann Phillips (Pat). Brother-in-law of Joey Makuch of Ottawa, Joanne Rowe (Bob),Marie Louise Bonhomme (John), Wanda Perreault (Gilles), Stan Makuch (Pierrette), Stefan Makuch (Sylvia), both of Richmond Hill. Beloved uncle to several nieces and nephews. He leaves to mourn his colleagues at Environment Canada (Accomodations). Heartfelt thank you to paramedics, fire fighters and the staff of Montfort ER for their care and kindness. Friends may pay respects at the Kelly Funeral Home, 2370 St. Joseph Blvd. (Orleans) Thursday June 18 from 2 to 4 and 7 to 9 p.m. In lieu of flowers, donations to the Heart and Stroke Foundation or the University of Ottawa Heart Institute much appreciated. KELLY FUNERAL HOME, Orléans Chapel, 613 837 2370
Posted by rob mclennan at 10:02 AM
Labels: obituary

I can't believe I forgot to leave a comment when I first read this last year. Of course, I forgot to do a lot if things last year. Lovely story and memories. I'm always fascinated by stories of my parents when they were young. Did I mention that re-reading this very nearly made me cry? Thanks for sharing your memories. I hope to hear more someday.