12 or 20 questions: with Antanas Sileika 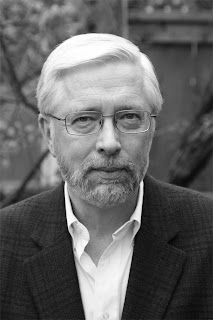 Antanas Sileika is the author of three works of fiction and many magazine and newspaper stories. He is the Artistic Director of the Humber School for Writers.
1 - How did your first book change your life? How does your most recent work compare to your previous? How does it feel different?
Nothing beat the excitement of having my first book published. It was the thing I had planned for and dreamt of since grade four, but it took so very long to happen that at times I was ready to give up hope. The physical thing in hand made me feel as if I hadn't skipped something like law school for a stupid reason. But I no longer want to look at that book now, nor am I eager to have anyone else look at it. Other things interest me now.

I was always addicted to stories, so I come to novels through narrative, not pure language drunkenness, like some poets. (I love people who are drunk with words, though) I didn't care if I told stories or heard them, and as a result, I was both a writer and an occasional book critic in the popular press or on radio and television.
3 - How long does it take to start any particular writing project? Does your writing intitially come quickly, or is it a slow process? Do first drafts appear looking close to their final shape, or does your work come out of copious notes?

A novel takes me four to seven years to write. I'm slow. Composition is the hardest thing of all. I can barely stand it - the work makes me anxious and irritable. But rewriting is heavenly. I rewrite many, many times and often find shapes far different from what I started with. The one exception is humour. I can write humour fast and in few drafts, but I don't do it much any more.
4 - Where does a piece of fiction usually begin for you? Are you an author of short pieces that end up combining into a larger project, or are you working on a "book" from the very beginning?

Always a book from the beginning. Even my stories make me think of other stories, series of stories, linked stories etc.
5 - Are public readings part of or counter to your creative process? Are you the sort of writer who enjoys doing readings?

I have a gregarious side. I want to entertain people. I want to see them laugh. This characteristic, though, is quite opposite from the characteristic required to write - a determined and hermit-like nature.
6 - Do you have any theoretical concerns behind your writing? What kinds of questions are you trying to answer with your work? What do you even think the current questions are?

I wonder about individuality in history. I have characters caught in the maws of history with only limited self-determination. They act as if they are free, but their freedom is sharply limited. Since we live in a rich place at a peaceful time, we function under the illusion of choice and self-determination and judge characters from the past from our armchairs. I'm interested in characters who are stuck, who have almost no moral space in which to move. What do they do then?
7 – What do you see the current role of the writer being in larger culture? Does s/he even have one? What do you think the role of the writer should be?

It's too hard to be prescriptive. Writers are cat-like in their individuality. Give them an "ought" and they creep away from it. I'll say this, though. It's not enough to celebrate stories and to say we are made of stories. There is a moral component to the stories we tell. Nazism is a narrative, for example, and I wouldn't want people to be neutral about it. Barry Unsworth studies these sorts of themes. Cormac McCarthy is much celebrated, but I can't read his material because I find it too violent and bleak, and no argument about the poetry of violence will convince me of its value. But I wouldn't dream of telling him what to write, nor of telling others what to read.
8 - Do you find the process of working with an outside editor difficult or essential (or both)?

A good editor is like a coach who forces me to dig a little deeper, or, to change the metaphor a building inspector who crawls into the sub-basement with a flashlight to make sure the foundation is sound. No one engages your work as well as a good editor. to change the metaphor again, a great editor is an angel you wrestle with until the morning, and by dawn you are exhausted, yet somehow strengthened by the struggle.
9 - What is the best piece of advice you've heard (not necessarily given to you directly)?

American novelist Richard Bausch once said, "I don't teach creative writing. I teach stubbornness and hard work."
10 - How easy has it been for you to move between genres (fiction to non-fiction)? What do you see as the appeal?

My non-fiction is short and easy. Fiction is harder and has higher language requirements. Fiction has depth, but non-fiction , although it may be very complex, lies on the surface unambiguously when compared to the best fiction.

I keep writing, even it's crap. The worst writing in the world sometimes takes you to a better place. You don't hit paydirt every time you sink a shaft, but you have to keep sinking shafts to hit anything at all.
13 - If there was a fire, what's the first thing you'd grab?

My flash drive with a copy of the novel.
14 - David W. McFadden once said that books come from books, but are there any other forms that influence your work, whether nature, music, science or visual art?

Sure, from stories told by people, in the same way that Dvorak's complex music came from simple folk dances. Or anecdotes. A friend whose father fought with four armies in WW2 stuffed his iron cross medal in among a heap of stones before crossing the lines to surrender and eventually join the Polish army fighting the Nazis in Italy. What a moment! You could make a novel out of that with no trouble.
15 - What other writers or writings are important for your work, or simply your life outside of your work?

Shirley Hazzard' The Great Fire is subtle and moving. David Mitchell's Cloud Atlas in brilliant and impressive. Rachel Kushner's Telex from Cuba is finely written. There are more.
16 - What would you like to do that you haven't yet done?

Visit the Hanseatic League cities of the Baltic in a summer cruise.
17 - If you could pick any other occupation to attempt, what would it be? Or, alternately, what do you think you would have ended up doing had you not been a writer?

If not for the word business, I'd be in the food business. To this day, I can chase a particular ingredient to the far ends of the city, or spend a good hour working on a fine French buttercream sauce. I dream of finding the time to brown veal bones to make good stock.
18 - What made you write, as opposed to doing something else?

There are so many. The new translation of Anna Karenina a few years ago was great, but there are dozens of great books besides that one. The recent Brideshead Revisited was a subtle film.
20 - What are you currently working on?

A novel about the underground resistance against the Soviet Union form 1944 to 1955, a resistance that has been forgotten or glossed over as Fascist. These people fought on, like the French underground, but the allies never came for them. The archives have opened up since the collapse of the Soviet Union and historians are writing their stories. I want to do a fictional take.