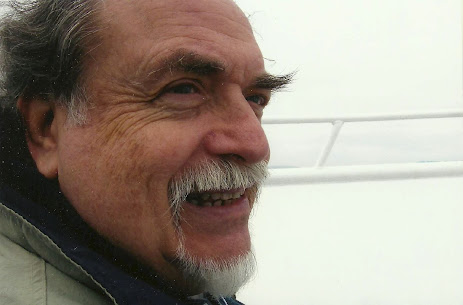 An east coast (Brooklyn, NY) expatriate retired from college/university teaching (Auburn Univ., Univ. of Illinois, Urbana and Chicago, City Colleges of Chicago), Stuart Jay Silverman divides his domestic life between Hot Springs, Arkansas, and Chicago, Illinois. More than 600 of his poems and translations appear in 100+ magazines and anthologies in the United States and five other countries. His two books of poetry are The Complete Lost Poems: A Selection and Report From The Sea Of Moisture. He also co-authored The Ozarks Traveler with his wife, Sondra Rosenberg, and his restaurant reviews and travel articles have appeared in a variety of newspapers and guidebooks. Travel, and a collateral obsession, collecting art and artifacts, have resulted in two houses of paintings, sculpture, and other craft works, as well as an ocean of memories and fragments of memory that have, over a long life, seeped into his poetry. Poetry and fiction and the personal essay he thinks of, however, as art, basically acts of creation, not primarily the venting and self-display that pervade contemporary poetry. .

The first one? Very little. A few friends made nice sounds, and stopped. I did a couple of readings and sold a few dozen books. Then, decades of deafening silence.

My new (second) book of poetry is more tightly constructed and has what I think is a funny send up of apocalyptic poetry as a conclusion.  I tried to do something like that in my earlier book (The Complete Lost Poems: A Selection) but was somewhat ham handed about it.

Just fooling around with limericks and triolets and getting involved with Brooklyn College’s literary magazine, Landscapes. The limericks have continued, mainly satirical and political and nasty, which allows me to vent without getting physically assaulted.

I wrote a few essays and flash fiction at times, more-or-less as an easier way to create a scene than the rigors of poetic composition.

It’s almost entirely a matter of mood. Mostly, I simply begin writing. Once in a while, I’ll decide to write about a particular topic, for example, a drive up a scenic mountain road or a political gaffe, but the actual process is much the same: I half-free associate on the topic and half look for similarities on which to allow a structure to appear.  As a form begins to suggest itself, I work to make it more explicit and to refine it. Sometimes it works. Sometimes it fails and I either rework it or abandon it. For me, notes would mostly hinder the subconscious process that produces 90% of my work.

I don’t write books. I write poems. At times, several poems may suggest a connection I hadn’t thought of. Sometimes, the connection will become insistent. I’ll start to think of a title, of what poems would hobnob interestingly with other poems. I may revise a poem to make it work with another, or even write one or two for that purpose. As people seem to want a book to deal with a defined subject, e.g., my brother’s cancer, or “my life in the Unitarian Church,” they may find my work “unorganized” and hard to follow.

I’ve done a few. They haven’t done much for me, either in sales or self-satisfaction, but I’d be happy to try them again post-Covid-19.

I want my poetry to create a plausible experience, i.e., one the reader can allow into his or her psyche. The reader should be enlarged by the poem, whether realism or fantasy, whether imagined or drawn from the writer’s direct knowledge. I am tired of narcissistic self-display, poems in which “I” appears in every line. I’m equally tired of poems that ignore logic, grammar, and punctuation, or rely on repetition, repetition, repetition.

Current questions? How do we survive as a species given the ignorance and egoistic drive of our political and social leaders? And religion isn’t the answer.

I don’t think the "writer" has a place in today’s world. The political writer does. The sociologist writer does. Their role would be to enlighten people about problems, e.g., climate change, and suggest solutions, but so many minds are frozen into dogma and propaganda that I’m rather pessimistic about any writer with a vision reaching and changing a significant portion of the populace. And the vast size of the population and its historical, political, religious, and cultural divisions may mean the problems are intractable.

My one experience with Kyle of Atmosphere Press was helpful and easy, a reflection on him, not me. He made a few simple suggestions about the organization of my book which gave it greater structure and purpose than it had had and which led me to make an addition that I think ends the book effectively.

Write. Don’t talk about it. Write.

Not too difficult as I don’t think of it as “moving between genres.” When I write a poem, that’s what I’m doing. Should a poem by Montale or Apollinaire or Rilke catch my attention and make me feel anxious to find a way for it to adopt an English guise, I translate. They’re just different processes.

I don’t have one. I write when I feel the impulse and nothing else absolutely demands my attention. I once kept my wife and two friends waiting in a car while I finished a poem. When it was done, we all went off to a local restaurant for a delayed dinner.

Mostly, I just give it a rest. Sometimes, I’ll pick up a book that for one reason or another resonates in my mind as I think of my own stalled work.

Baked apple pie. My father’s was hands down the best I’ve ever eaten.

Of course. A fishing trip and my father’s food foibles generated a poem. The scenic terrain around my second home in Arkansas is responsible for several. My fascination, partly from reading but largely from observation, produced virtually the entire first section, In The Biome, of what I hope will be my next book. Which is not to deny that books may offer material which the right writer in the right mood may find irresistible.

Philosophy and science largely, but often acquired from magazines such as Scientific American and Smithsonian, The London Review of Books and Harper’s, and novelists such as the Australian Patrick White and the Portuguese José Saramago. Of course, memories of Pope and Milton, Homer and Sylvia Plath, Aeschylus and Shakespeare and Oscar Wilde and so many others churn around in the memory making and breaking connections and being part of all that I am and, therefore, all that I write.

Publish my third book, preferably in hard cover, and revisit Paris and Portugal.

But writing isn’t my occupation. It’s my obsession. I made my bread money as a college teacher.

Paul Newman said that he was a flop at sports when he was young, a source of deep unhappiness. When he found that he could drive a car in the company of the Daytona greats he was ecstatic (though his wife, Joanne Woodward was terrified whenever he exercised his skill). No sportsman, with no head for business, by nature indolent, I took to writing like the proverbial duck to the aqueous life. And I gradually learned to do it well, well enough to get over 600 poems into print in 100+ magazines here and abroad.

The Ring And The Book, Robert Browning, a long, incredibly alive Rashomon-like telling of a story from a variety of perspectives. Last great film? I’m not much of a movie buff.

Probably, Dr. Strangelove, which I think uncovers what a writer whose name escapes me called “the giggle in catastrophe.”

Getting a publisher to become sick with desire to put my latest, Drifters, between boards.

Rob's interview is quite good. It dug out interesting information that I hadn't thought of asking about.
Poets are like the rest of us, but at the tippy, tip, tip of their brain there is that one differentiating factor that permits those who read or hear their poetry to see or feel something new and alive. And the amazing thing about the poetry is that each time you reread one of their poems--months later or years later--the feeling reemerges. This experience is unlike that accompanying even the best prose, unless that prose writer captures the poetic spirit.
Interesting author, interesting interview: I await the author’s next book of poetry.