There is some absolutely fascinating reading in the new collection Yi Sang: Selected Works, edited by Don Mee Choi (Seattle WA/New York NY: Wave Books, 2020) and translated by Jack Jung, Sawako Nakayasu, Don Mee Choi and Joyelle McSweeney. Yi Sang: Selected Works is a collection of poems, essays and short fiction by Korean poet Yang Sang (1910-1937), a writer well-known in and around Korea, but most likely almost completely unknown to an English-language readership. It is interesting to see how this book is organized, both in terms of sections and translators, as the book opens with a collection’s worth of poems translated from the Korean by Jack Jung, before a further selection of poems translated from the Japanese by Sawako Nakayasu, a selection of essays translated from the Korean by Jack Jung, and a selection of stories translated from the Korean by Don Mee Choi and Joyelle McSweeney. In small ways, his shifts between language of composition speak to the cultural complications in Korea during the short span of Yi Sang’s life, as Nakayasu writes as part of the introduction to her section of translations: “Yang Sing is now an established figure in Korea’s modernist canon, but he was not as well known during his brief life, which took place entirely under Japanese rule.” Later on, she offers:

Yi Sang’s poems are conversant with those of the Japanese modernists, but through them he also repurposes the tools of the avant-garde as instruments of rebellion. As Japanese poets sought to break from their own traditions, it is possible that Yi Sang was also seeking ways to push against the loss, erasure, and invisibility of colonial circumstances. While it is often said that translation stretches the target language by virtue of accommodating a new text, here Yi Sang was stretching Japanese to make it accommodate his position as a colonial subject. In that sense, avant-garde aesthetics may have provided the perfect cover for his subversive distortion of Japanese language conventions. 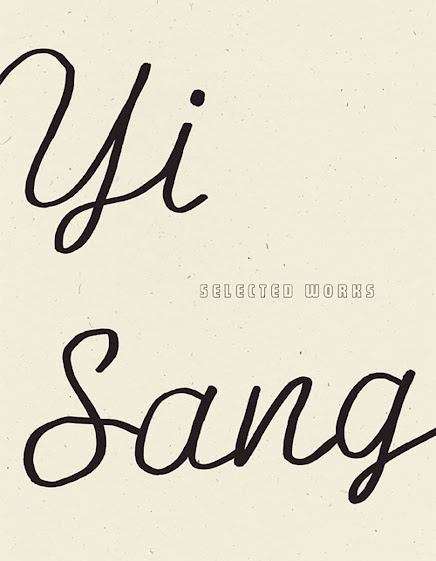 Through a short but remarkably vibrant artistic life, Yi Sang was able to subvert conventions of Japanese language and writing from the perspective of simultaneous insider and perpetual outsider, allowing him a unique vantage-point from which to write and respond. The individual offerings—whether afterword or introduction or timeline—included by these multiple translators is something I appreciated, as a new reader of Yi Sang’s work, to more fully understand the shifts in his thinking, his writing and his considerations. McSweeney’s “Afterword: Thirteen for Yi Sang, for Arachne,” writes: “So much that I know about translation I have learned from the working relationship of Don Mee Choi and Kim Hyesoon, of whom Kim Hyesoon has written, ‘It is like someone who is very much like me.’ To translate is to enter a web of likenesses and unlikeness, the uncertain, proliferating zone of the text. So it has been a thrilling adventure to join hands with Don Mee Choi and peer with her into the mirror of Yi Sang, sisterly and nonidentical, to become Spider&Spider&Spider&—such weird mimicry.” As part of “Yi Sang: A Timeline” that opens the collection, Jack Jung includes this as part of the entry for 1931: “Japanese invasion of Manchuria began in September. The war would continue into 1932 and end with Japanese victory. The annexation of Manchuria lasted until the end of World War II. Yi Sang’s poems such as ‘Poem No. 12’ of ‘Crow’s Eye View’ and ‘Street Outside Street’ can be read as elliptical responses to the military violence of his time.” Translated into English by Jung, the poem “Street Outside Street,” originally dated March 1936, ends with:

I go. A train car carrying Sun Tzu avoids my room. A note written in shorthand is laid out on my desk. There is also a cheap dish, and on the dish is a boiled egg—my fork bursts the egg’s yolk. A bird, a detal, flies out—a wind from the bird’s flapping wings tears up the grid. A flock of prophetic documents dances wildly on a field of ice. My blood wets a cigarette. The red-light district burns through the night. Fake angels begin to breed, flying every direction, covering up the entire sky. However, everything I have put here in my room is heating up, clamoring all at once. The vast room rots from within. The wallpaper gets itchy. The trash wildly sticks to my walls.